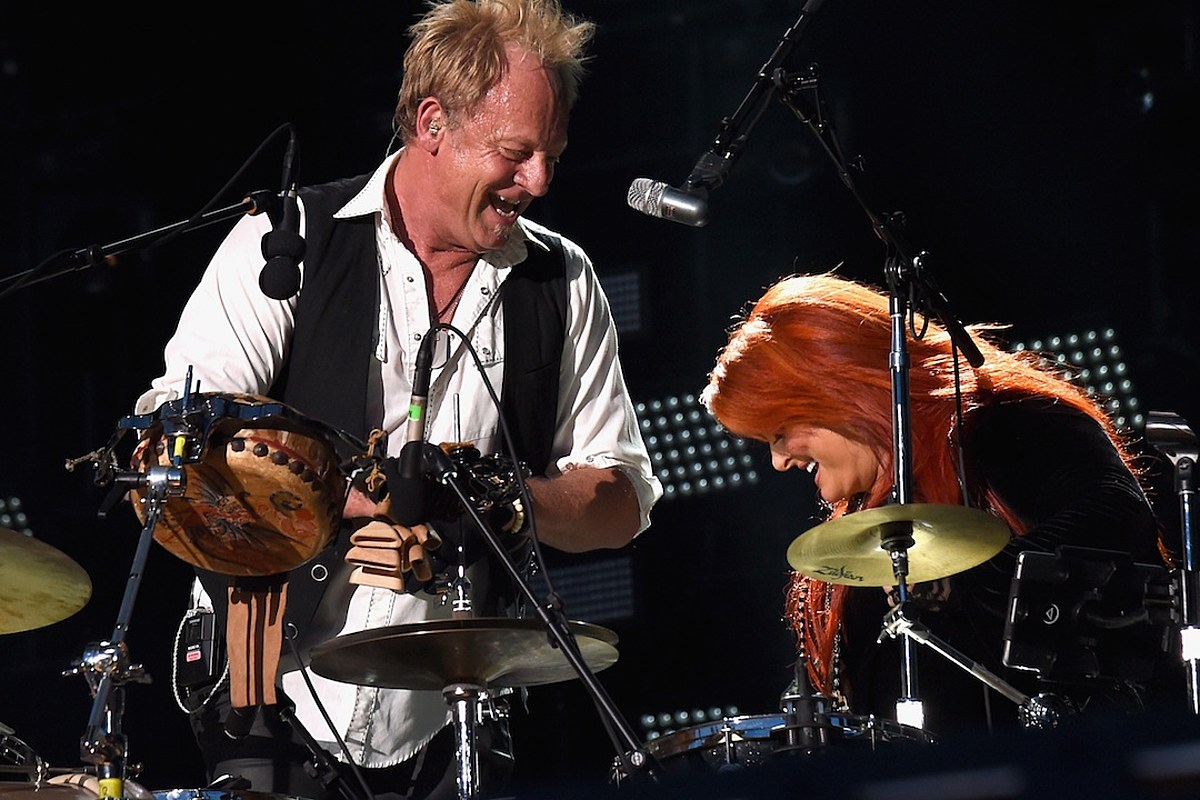 Wynonna Judd and her husband, Michael Scott “Cactus” Moser, have been through a lot in their years of marriage. When they said “I do” on June 10, 2012, they didn’t know the devastating event that would take place just a couple of months later — but they emerged stronger from it.

Judd and Moser (formerly of Highway 101 and now Judd’s drummer) met when they toured together in 1989. He recalls ”feeling a spark,” but Judd wasn’t so sure: “He had a mullet,” she says with a laugh (though Moser prefers to call it a “beautiful feathered hairdo”).

Plus, it was a little complicated. As Judd tells Us Weekly, “He was touring with Mom [Naomi Judd] and myself, and I was smitten then, [but] when you’re touring with your mother, it’s kind of hard to get a date. So we went our separate ways.”

When the tour ended a year later, Moser returned to his home in Los Angeles, while Judd went back to Tennessee. They kept in touch, began dating in 2009 — after Judd had been married and divorced twice — and got married during the summer of 2012. Their wedding took place on Judd’s farm in Leipers Fork, Tenn., at a lakeside gazebo. She wore a gorgeous Houri Barahimi dress and opted to walk barefoot down the aisle. After the vows, the couple dined on spaghetti during a candlelit reception.

“I felt a joy that hasn’t been there before,” Judd gushes.

But then, in a terrible twist of fate, on Aug. 18, 2012, Moser was in a motorcycle accident and needed to have one of his legs amputated.

“I went from Wyonnna the singer to Wynonna the wife, the nurse, the cook, the driver,” she tells The Boot. “We’re talking real down-in-the-trenches, hardcore stuff that you don’t really think you’re gonna have to go to [in a marriage].”

Moser adds, “I’ve watched what she’s done for me and to me, to help me get into a shower and into the bathroom. I can’t imagine being in that situation and going, ‘This is who I love, but this is not how I saw him.’ I have watched her be a gallant, amazing champion and wondered how I would have reacted if it were her.”

Moser also admits that Judd’s hot head — and we’re not just talking about her hair color — keeps him on his toes.

“It’s fun having such a sassy wife — most of the time!” he shares.

The couple met through music, and their marriage thrives because of their careers, which have merged into one.

“Getting to do the musical part together, instead of separate, is a bonus,” says Moser. “When you love what you do and love each other, it’s perfect.”