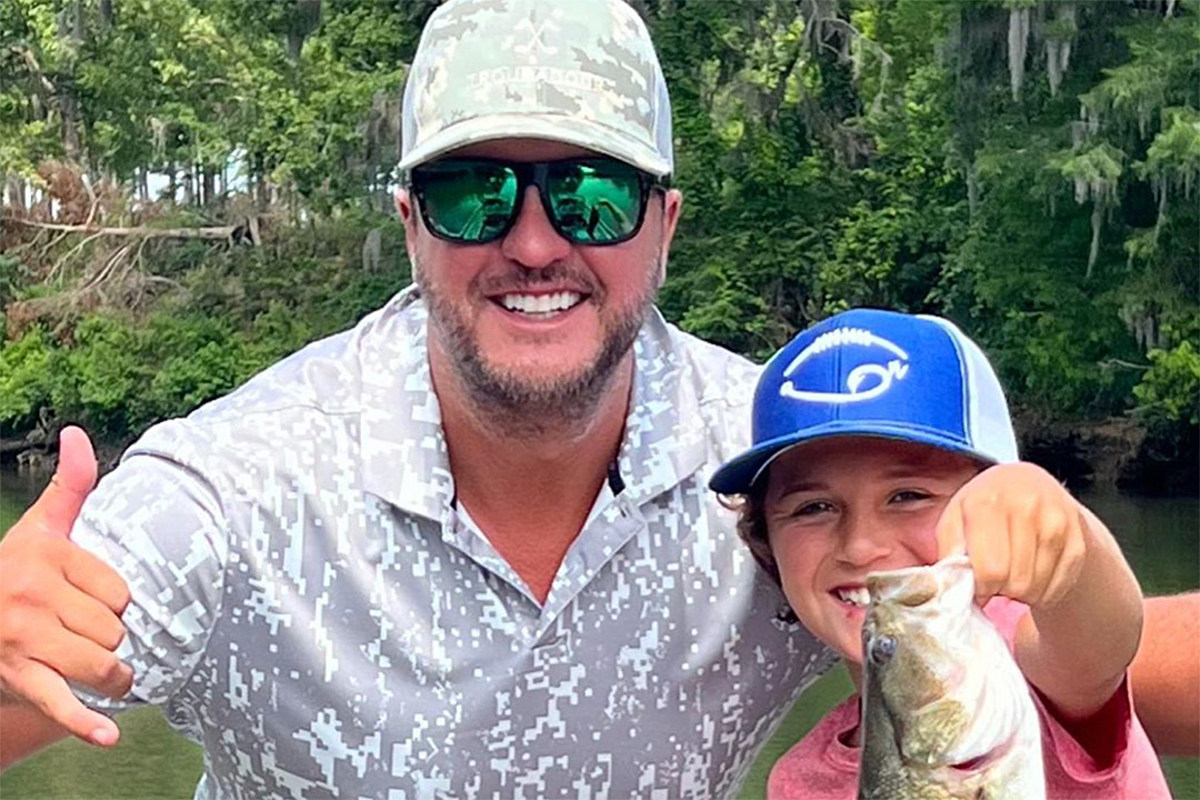 Luke Bryan and his son Tate recently went fishing together, and it was a monumental occasion for the 11-year-old fisherman and his dad. As Bryan shares in a photo from the day, Tate caught his first shoal bass!

Bryan is no stranger to teaching his sons the ways of country living — he’s shown fans many of those special moments over the years. This day is extra special, however, as Tate can add the shoal bass, which is native to Florida and Georgia, to his catch list.

In a photo shared by Dad on social media, both the singer and Tate are smiling big, as Bryan puts his arm around his son, who’s proudly holds up his catch.

“Tate’s first shoal bass,” Bryan writes. “Hell of a fishing week for me.”

Bryan’s wife Caroline shared her excitement for her son’s catch in the comments, writing, “Go Tot!!!!”

Bryan’s mom also commented to encourage Tate.  “Way to go Tate. Be like daddy,” she says.

The “Up” singer has been on a bit of fishing marathon recently, as he notes. In a video posted on June 2, Bryan ecstatically reveals that he, too, has marked a first: Catching a fish over 10 lbs.

“I’ve been waiting my whole life for this moment,” he wrote.

In another video from earlier this week, Bryan is seen physically diving into the water to catch a fish with his bare hands. A photo from that boating trip shows that he and fisherman Flint Davis caught at least three others.

Bryan is back to work this week, kicking off his Raised Up Right Tour in Charleston, W.V., on Thursday (June 9). He’ll be back in Nashvill on Saturday (June 11) to headline CMA Fest before he jets off to Las Vegas to continue his residency, Luke Bryan Vegas, on June 15.