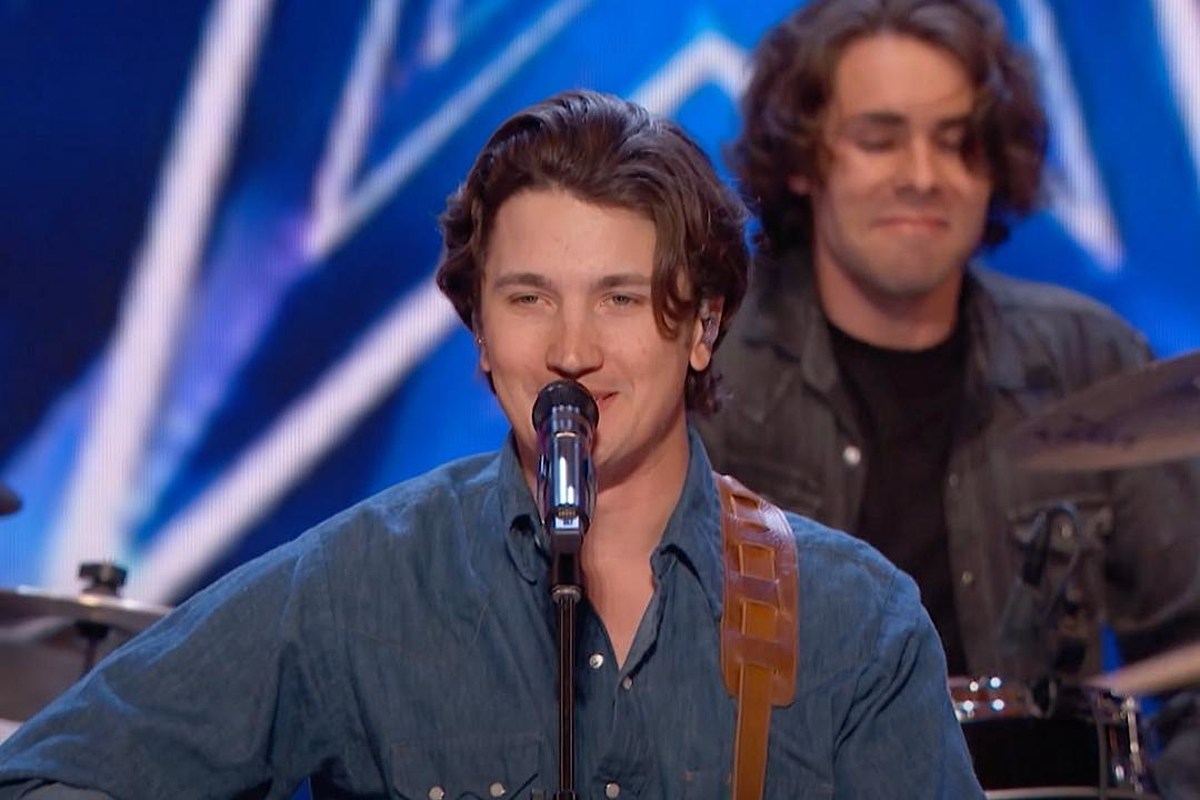 Saddle up ladies and gentlemen, country music has arrived on Season 17 of America’s Got Talent, courtesy of promising newcomer Drake Milligan.

Milligan and his band took the AGT stage on Tuesday (June 7) to perform a rollicking rendition of his original song, “Sounds Like Something I’d Do.” Influenced by the likes of George Strait, Alan Jackson, Dwight Yoakam and Elvis Presley, the 23-year-old wowed judges with his distinct vocal delivery, star-ready stage presence and unabashed country swagger.

The three-minute performance was welcomed with a standing ovation and rousing applause as audience members gave their verbal stamp of approval. Evidently, the Texan’s charming Elvis-like boyish looks also won the hearts of girls in the crowd.

“The perfect combination, the song was amazing, you are amazing, and I think America’s going to go crazy. The girls are going crazy,” added Sofia Vergara, referring to those clearly awe-struck and swooned by Milligan’s dreamy looks and vocals.

“I think this performance should make a difference to what you’re doing because people are going to like you,” Simon Cowell told Milligan candidly. “The song was really, really good as well. It was really authentic. That’s what I liked about it, because I know so much about country music!” he added in jest. “For me, a good song is a good song. Everything works, and you’re very likable.”

All four judges gave Milligan a unanimous “yes,” moving him along to the next round of the competition. Heid Klum even remarked, “I bet they’re going to go to the finale.”

Milligan’s musical journey began at the young age of seven. While out dining at a restaurant with his family, he saw an Elvis impersonator and immediately became “enthralled.”

“I think that’s when I decided I wanted to become like Elvis,” he told AGT. “Well, it was cute at first. I would go put on the jumpsuits and dye my hair black. But it wasn’t till one of the first times I got on stage and sang some of my own songs. I figured, ‘Man, this is something I could do. I could pave my own way!”

Milligan then revealed that he’s been watching the long-running television competition series for years and has “dreamed, as a kid, of being up on that stage.”

Of his decision to audition, he told Cowell onstage, “Back in the day, Elvis had The Ed Sullivan Show, and the Beatles did, too. I see this kind of on the same scale, almost bigger, way bigger.”

Milligan signed with Stony Creek/BBR Music Group in 2021 and released his debut self-titled EP the same year. The tight five-track set boasted Milligan’s signature neo-traditional country sound and included the hit-ready “Over Drinkin’ Under Thinkin’” and the crowd-favorite, “Sounds Like Something I’d Do,” which he performed on AGT.

Season 17 of America’s Got Talent airs Tuesday nights at 8PM ET on NBC.

Maren Morris and 5 Other Stars Who Were Rejected by Idol: