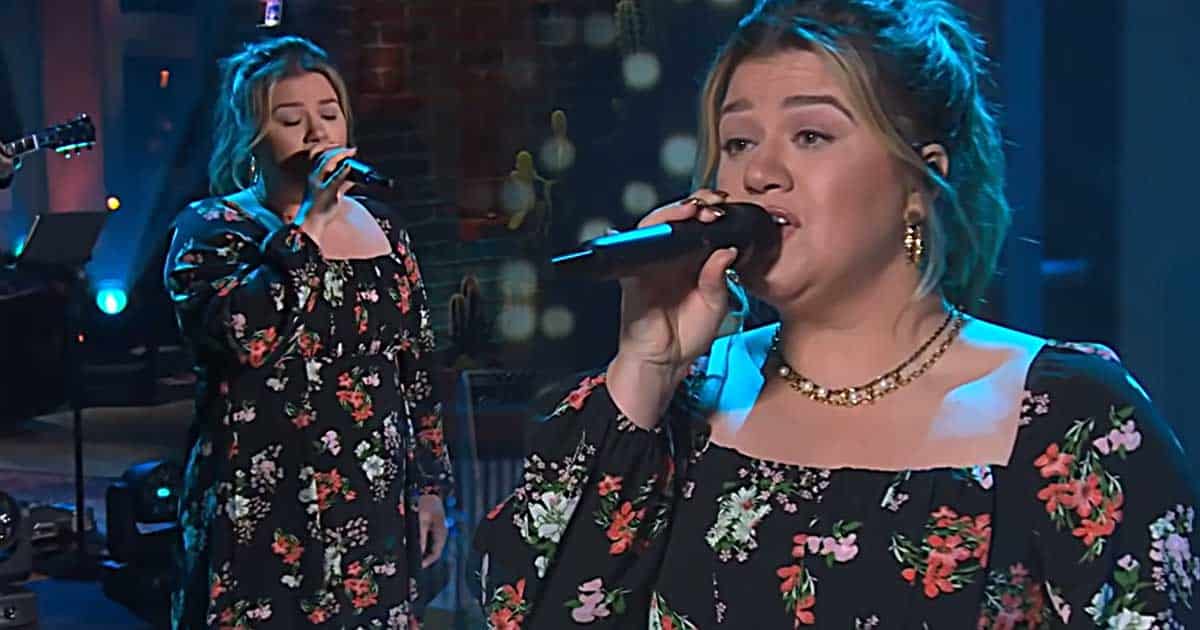 Kelly Clarkson found herself all the way to Knoxville during her most recent Kellyoke installment on The Kelly Clarkson Show last Wednesday (June 1), wherein she delivered a heartfelt rendition of Ronnie Milsap’s “Smoky Mountain Rain.”

Written by Kye Fleming and Dennis Morgan, the soulful ballad tells the story of a traveling man whose change of dreams led him back to the greener pastures of East Tennessee – completely turning his back on Los Angeles’ bright lights.

Ronnie Milsap released the song in 1980 as the first and only single off his Greatest Hits compilation album.

Kelly Clarkson showed off her powerful vocals by adding some soul to “Smoky Mountain Rain” – and it’s absolutely beautiful. The crowd was blown away that they couldn’t help but cheer for the country superstar.

Well, it’s apparent that Ronnie Milsap is one of Clarkson’s favorite country artists. In an earlier episode, Clarkson also blessed the audience with her rendition of one of Milsap’s biggest hits, “I Wouldn’t Have Missed It for the World.”

Pretty sure by now, these performances left you wanting for more. We know you’re looking forward to Clarkson singing another one of Ronnie Milsap’s songs in the next episodes of Kellyoke!

Anyway, with that in mind, the American Idol champ announced that she would be releasing her long-anticipated Kellyoke EP on June 9. This will feature six of her favorite covers performed on The Kelly Clarkson Show – which she said picking them was a near-impossible thing to do.

Some of the full-length covers included in the EP are Billie Eilish’s “Happier Than Ever” and The Weeknd’s “Call Out My Name.”

We know you’re extremely excited. But in the meantime, you can watch Kelly Clarkson’s rendition of “Smoky Mountain Rain” in the video below.