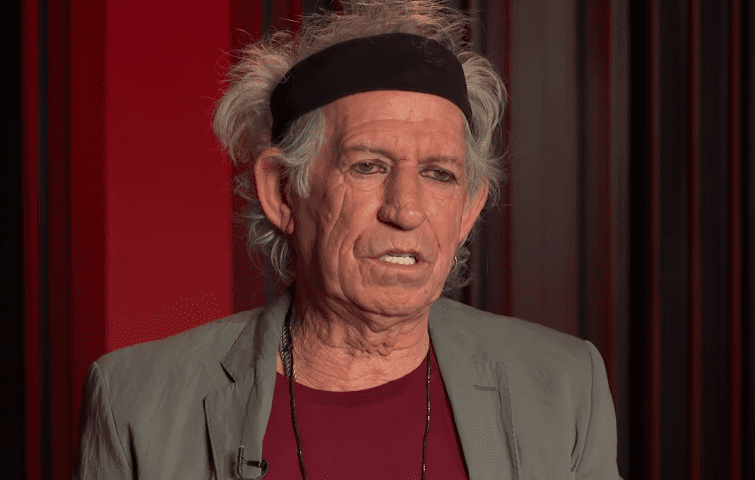 It ain’t a secret that Merle Haggard was not only respected by those in the country music world, but across all genres of music.

And a classic example of one music legend respecting The Hag’s work?

No other than Rolling Stones co-founder and legendary guitar player, Keith Richards.

He recently took to Instagram to recall the first time he ever met Haggard back in 2004.

“I turn around to my right, and there’s this other cat sitting next to me. He’s wearing one of those straw Stetsons and a grizzled beard, and he looks at me and gives me a grin and I give him a grin.

I get through two more bars of the song, and suddenly I realize it’s Merle Haggard. And I almost lost it. You know, I’ve been sitting next to one of the greats.

He turns around and gives me a nod and a wink, and I carry on, I managed to get through the song.”

I think you can officially say your band made it, when you have one of the greatest artists in all of music coming to your show.

That moment was during the rehearsal for this television special.

Keith recalled his friendship with Merle in an interview with Rolling Stone, shortly after Merle’s death in 2016:

“When Merle broke through, he was akin to Johnny Cash in the starkness of the sound. But it was more melodic. You felt like this guy knew shit. There was a wisdom in it.

I still sing and play “Sing Me Back Home” on the piano. That’s my party piece, baby. It’s just so real, so touching.”

LISTEN: Luke Bryan’s ‘Country On’ Is a Modern Blue-Collar Anthem
Artist to Watch: Raye Zaragoza
Ashley McBryde Will Be Off the Road for ‘A Few Weeks’
Tim McGraw Is Proud of the Women His Daughters Have Become
Lukas Nelson Mourns Overturn of Roe v. Wade With Chilling New Song