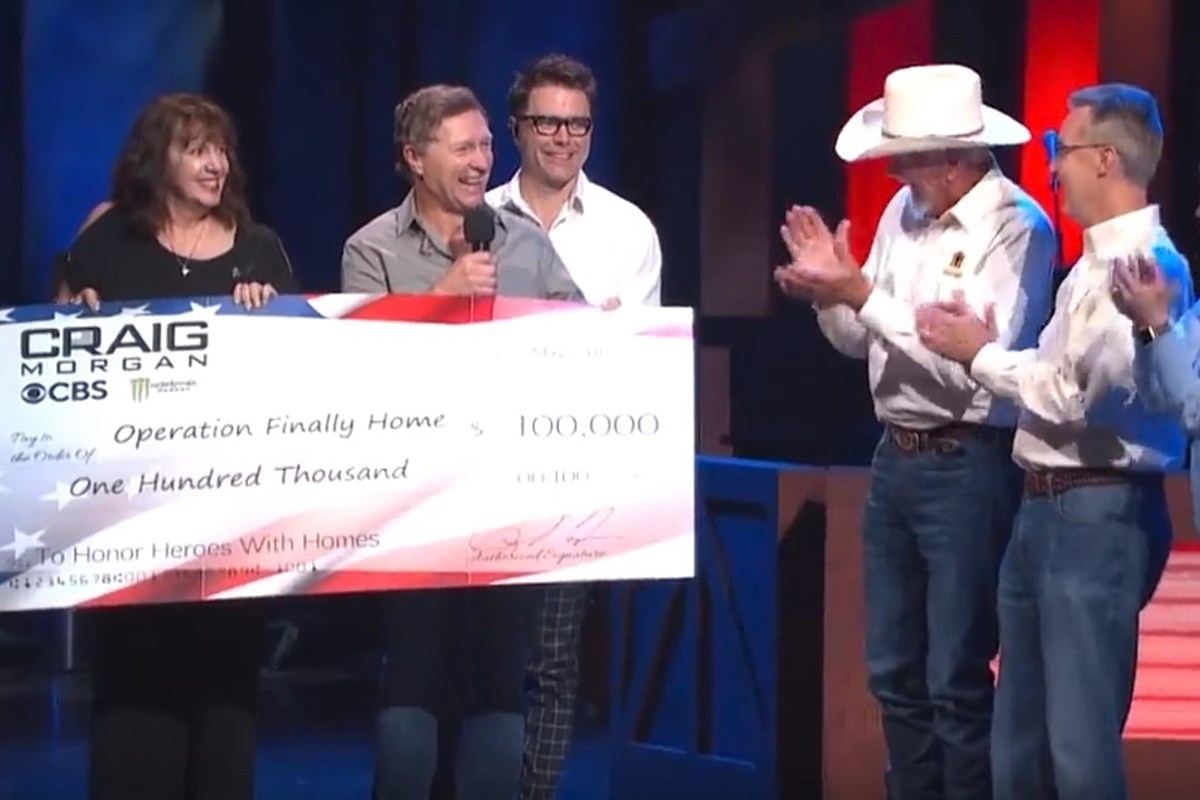 Craig Morgan got to see the fruits of his labor after competing on the CBS show Beyond the Edge. Morgan chose Operation Finally Home as the charity he wished to raise money for, and the country singer was able to present them with a check at the Grand Ole Opry’s “Salute the Troops” special on Tuesday, May 24.

“Still so grateful for this,” the singer writes on Instagram. “On Tuesday, I got to present my winnings from Beyond the Edge, plus a very generous contribution from @monsterenergy to @operationfinallyhome on stage at the @opry.”

The “That’s What I Love About Sunday” singer won $70,000 during his time on the reality show, and thanks to a generous offer from Monster Energy Cares, that total was elevated to a clean $100,000.

As an Army veteran, Morgan knows firsthand how difficult it can be for veterans to return home from deployments. This becomes more difficult if they are wounded, injured, or ill and need special equipment to carry on with their lives. Operation Finally Homes provides mortgage-free homes and home modifications for these veterans.

Morgan is a longtime supporter and ambassador for the non-profit organization.

“We are excited to accept this donation, which will allow us to further our mission of honoring veterans, first responders and their families with homes and home modifications,” Founder of Operation Finally Home Dan Wallrath shares. “Craig is an amazing ambassador for Operation Finally Home with a deep desire to honor and care for America’s heroes, and we are blessed by his generosity.”

Several celebrities—- including fellow country artist Lauren Alaina — competed on the grueling inaugural season of Beyond the Edge, which put them in the middle of the jungles of Panama. Each week, contestants faced challenges and the elements of living in the wild. For every week they survived, the celebrities earned money for their chosen charities.

Up next, Morgan will perform at the National Memorial Day Concert on Sunday, May 29. The event will air on PBS at 8PM ET.

He will also soon release a book detailing his time in the military. Morgan served nearly 10 years of active duty in the United States Army in the 101st and 82nd Airborne Divisions, as well as logging six-and-a-half years in the reserves. In that time, he served in South Korea and also saw combat as a part of Operation Just Cause in Panama in 1989. Morgan’s book God, Family, Country: Soldier, Singer, Husbands, Dad – There’s a Whole Lot More to Me will be released in September.

Country Singers Who Served in the Military

Chris Stapleton’s Career Spotlighted in New Hall of Fame Exhibit
Artist to Watch: Raye Zaragoza
Tim McGraw Is Proud of the Women His Daughters Have Become
George Jones Dedicates “If I Could Hear My Mother Pray Again” to Mom
Adeem the Artist is Making Music on Their Own Terms