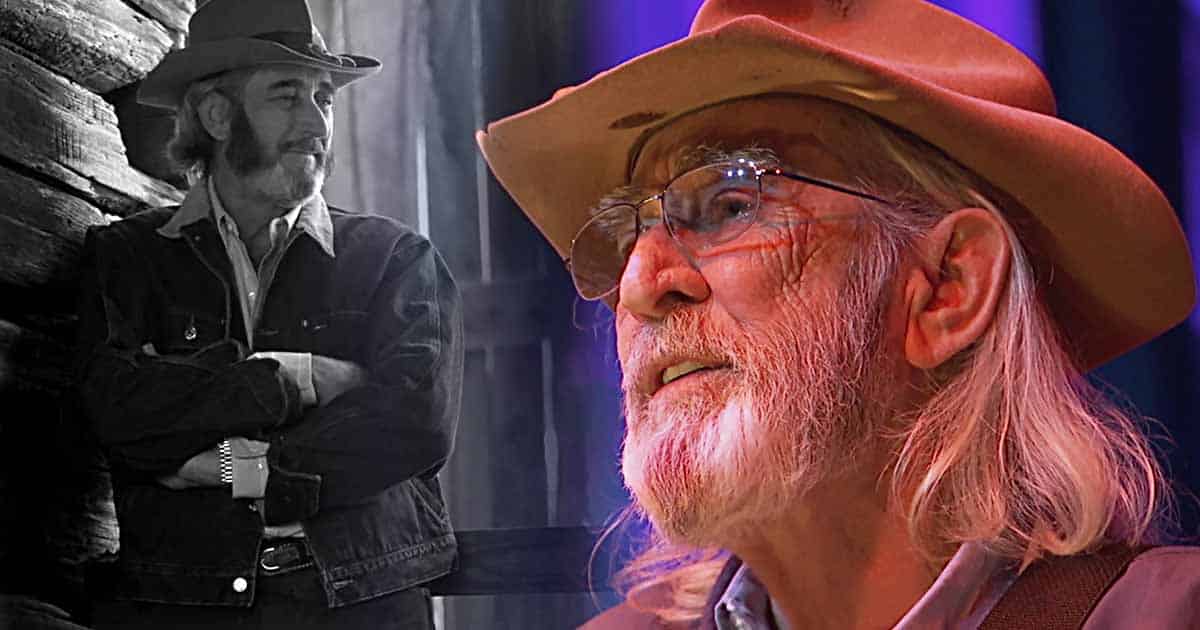 Country Music Hall of Famer Don Williams, whose heartfelt country ballads have touched many country fans’ hearts, is without a doubt one of the genre’s biggest stars. He enjoyed great success throughout his career with his warm, reassuring voice and by creating his own musical identity that earned him the nickname “The Gentle Giant.”

To celebrate his life and musical legacy, we’ve gathered some of the most important facts about Don Williams. Keep on scrolling below to find out.

Born on May 27, 1939, Donald Ray Williams was the youngest of three sons. His father was a mechanic whose job took Williams to other regions. Meanwhile, his mother became the biggest musical influence in Williams’ life. She was the one who taught Williams how to play the guitar at a young age and encouraged him to listen to country music growing up.

2. He worked various odd jobs to support himself and his family.

After serving with the United States Army Security Agency for two years, Williams worked on different odd jobs around Corpus Christi, Texas – where he worked in the oil fields, as well as a truck driver and a bill collector.

3. His music career started in a duo.

Williams initially began performing in a duo called Strangers Two together with Lofton Kline. And then, with the addition of Susan Taylor, they became the folk-pop trio Pozo-Seco Singers and achieved major pop hits in the United States. However, following Kline’s departure, the trio suffered from a lack of musical direction and later disbanded.

4. He also tried his hand at acting in some films of Burt Reynolds.

Williams played the role of a band member in the 1975 comedy film W.W. and the Dixie Dancekings and had a small role in the 1980 action-comedy film Smokey and the Bandit II. Meanwhile, Reynolds made sure Don William songs were also on the soundtrack.

In 1960, Williams married Joy Janene Bucher. The couple has two sons together, Gary and Timmy.

With an imposing height of six feet one and a gentle touch that paired well with his warm baritone, Williams earned him the nickname of country’s Gentle Giant.

In 2006, Williams retired after his official farewell concert. However, four years later, he came out of retirement and was inducted into the Country Music Hall of Fame. He continued to perform and even released quite a few albums.

But after a career that has spanned six decades, Williams has finally decided, “It’s time to hang my hat up and enjoy some quiet time at home.”

In 2017, Williams died in Mobile, Alabama, after a brief struggle with emphysema. It may have been many years, but one thing is for sure, the Gentle Giant that once warmed our hearts will never be forgotten.

“Bouquet of Roses:” A Heartbreaking Single from Eddy Arnolds

Today Would Have Been the 75th Birthday of John Denver

Don Williams Leaves Within Us Through “Another Place, Another Time”

Don Williams Leaves Within Us Through “Another Place, Another Time”

The Stories Behind The Greatest Hits Of Don Williams

The Stories Behind The Greatest Hits Of Don Williams

Waylon Jennings Sang About An Unbearable Heartbreak In “Amanda”

Waylon Jennings Sang About An Unbearable Heartbreak In “Amanda”

Guy Clark’s “L.A. Freeway” Is What All People Going Through Hard Change Need To Hear

Guy Clark’s “L.A. Freeway” Is What All People Going Through Hard Change Need To Hear