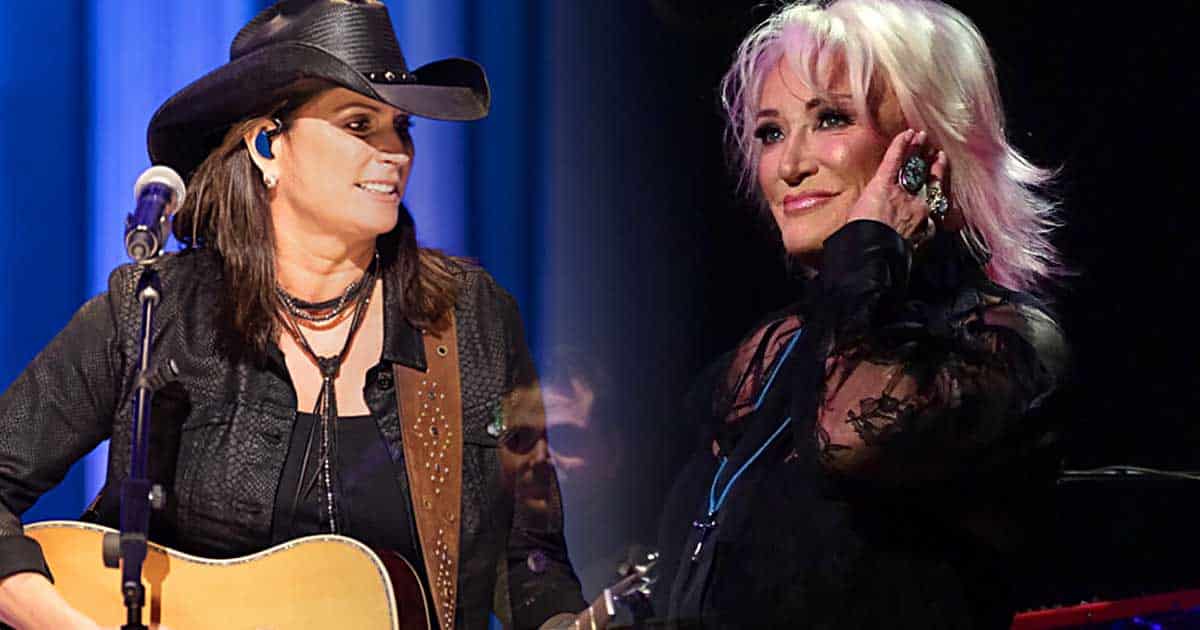 Perhaps there’s nothing that can take you back to the good old days quite like Tanya Tucker and Terrie Clark joining forces together for the “Delta Dawn” duet.

Tucker was only thirteen when she released the powerful ballad as her debut single in 1972. Her distinctive vibrato, along with her young age and charismatic persona, immediately caught the attention of country listeners. Her version reached No. 6 on Billboard’s Hot Country Songs chart and earned her first Grammy nomination.

Indeed, “Delta Dawn” helped establish her as a teenage powerhouse and later on, an iconic superstar in country music. Several acts recorded the song in 1972 and beyond, but it was Tucker’s version that became the most recognizable.

So, when Terri Clark decided to pay tribute to her musical heroes and make an album honoring classic country music, a song that defined a particular era and style seemed to be an obvious choice to include.

In 2012, country star Terri Clark released her ninth studio album, Classic, wherein she covered tracks that played an important part in her life. It features duets with Reba McEntire, Jann Arden, Dierks Bentley, Dean Brody, and of course, Tanya Tucker – who joined her for a riveting rendition of “Delta Dawn.”

Though many years have passed since Tucker released the song, Clark opted to stay true to the original’s classic country sound. While it’s absolutely breathtaking how the two artists shined as individuals on this cover, the best part came when Clark and Tucker sang together, lending their pure country vocals to the song’s memorable chorus.

Well, there’s no doubt about it, Clark has picked the perfect classic song and the perfect duet partner. Make sure to listen to Tanya Tucker and Terrie Clark’s “Delta Dawn” in the video below.

Once and for All, “Real” Country Music Will Never Die

“When You Say Nothing At All”: Alison Krauss’ Soulful Cover

“Where Were You (When the World Stopped Turning):” Alan Jackson’s Real-Life Experience

THIS IS GOD: Phil Vassar Relays God’s Plea for Accountability

Remember When Dolly Parton Collaborated with Pentatonix for Some Treat?

Remember When Dolly Parton Collaborated with Pentatonix for Some Treat?