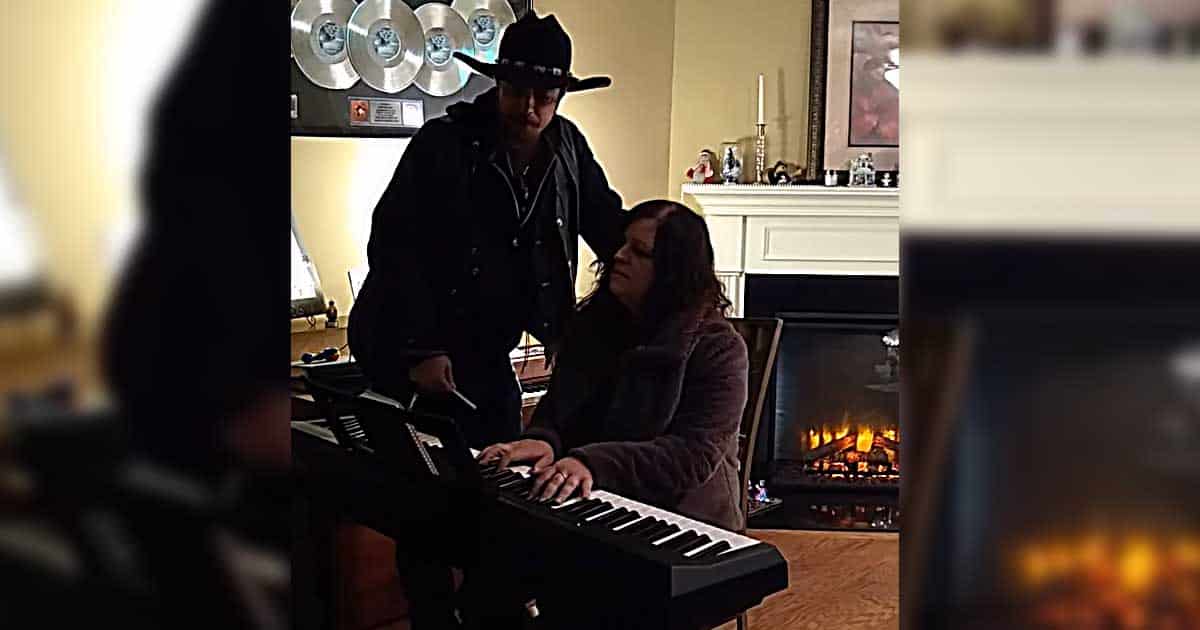 Waylon Jennings’ grandson Whey and Jessi Colter’s daughter Jenni showed off their overflowing musical talent with their breathtaking rendition of “Storms Never Last.” The song was written by Jessi and was the first single off of her 1981 duet album with her late husband Waylon Jennings entitled ‘Leather and Lace.’ It has been covered by various artists though this one might be the most memorable to fans, if not the best.

The Birth of a Family of Country Music Royalty

Waylon Jennings and Jessi Colter’s love story was a game-changer in the history of outlaw country music. As we all know by heart, Waylon Jennings was one of the pioneers of the movement during the 1970s. Jessi Colter, on the other hand, was one of the very few female artists who emerged from it. They first met in 1969 and then quickly tied the knot in a church in Phoenix, Arizona. And with their talent combined, they were dubbed the genre’s “it” couple. And they definitely – and even phenomenally – lived the name, earning back-to-back successful country hits and albums, and became two of the most prominent figures in the genre.

Ten years after they wed, they had a son Waylon Albright “Shooter” Jennings. But the outlaw “it” couple wasn’t just a family of three. Before meeting Jessi, Waylon was already a father of five (from his previous three marriages): Terry Vance, Julie Rae, Buddy Dean, Deana, and Tomi Lynne. And Jessi also had a daughter of her own named Jennifer. And Waylon’s kids, including Shooter, all the way down to his grandkids, have followed in his footsteps and have kept his and Jessi’s legacies alive. Even Jennifer, his stepdaughter with Jessi, is also a talented singer and musician.

Whey Jennings, son of Waylon’s oldest son Terry, is one of those who loved to channel his inner granddad Waylon. When he was just a little boy, there was a story that he grabbed his grandma Jessi’s microphone and went out on stage to sing. His granddad followed him and helped him finish the song. He definitely started out young, and that was no surprise as he grew up in a family full of country music royalty.

And now that he has grown up a lot, he still loves to channel his granddad -and his grandmom as well – in his performances.

In one of his videos, he sang Waylon Jennings and Jessi Colter’s hit duet “Storms Never Last” with Jessi’s daughter, Jennifer. Jenni played the piano while Whey stood beside her, and then the two dueted and harmonized together, and it was heavenly. Whey’s deep-rooted voice definitely complimented Jenni’s golden pipes she inherited from her mom. The mini-performance was also a treat as not many have really heard Jenni sing, and it was probably the first time for most.

Watch Whey and Jenni’s duet of “Storms Never Last” in the video below.

Johnny Tillotson’s Notable Cover of a Country and Pop Hit

“Touch Your Woman:” A 1970s Classic Hit from Dolly Parton

Waylon Jennings Honored by Grandson with an Emotional Song

Waylon Jennings Honored by Grandson with an Emotional Song

Do You Agree With Charlene In “I’ve Never Been To Me”?

Do You Agree With Charlene In “I’ve Never Been To Me”?

Listen to Gene Watson as He Sings “Climb Higher”

Listen to Gene Watson as He Sings “Climb Higher”

67-Year-Old Jeannie C. Riley Shows She Still Got The Magic As She Sings “Harper Valley PTA”