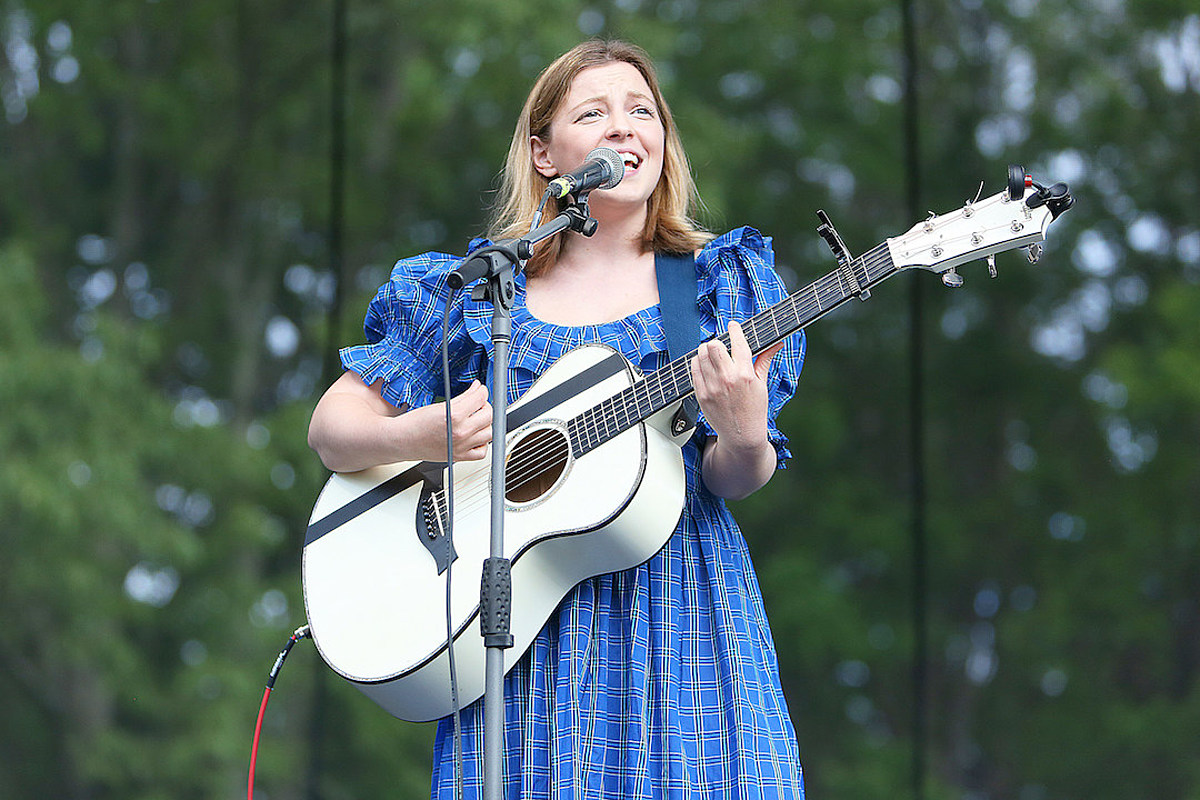 The best of the old north state’s burgeoning brewing community came together with world class musical talent at the 10th annual North Carolina Brewers & Music Festival, held just north of Charlotte on May 6 and 7.

With over 35 breweries from around the state on site and music from the likes of Jade Bird, Katie Pruitt, The SteelDrivers and Arlo McKinley, the event made a triumphant return to Rural Hill — a former slave plantation turned historic site and private venue in Huntersville — after being postponed in 2020 and 2021 due to the COVID-19 pandemic.

Keel Kicks The Festival Off

The event’s first night, dubbed as more of a laid-back pre-party, featured all things Larry Keel. The wildly underrated guitar picker from Virginia kicked off the event with an abbreviated set with his main project The Larry Keel Experience, featuring wife Jenny on bass, Will Lee on banjo and Jared Pool on mandolin. A lightning storm cut the set short after only a handful of songs, but Keel reemerged after a brief delay with Acoustic Syndicate, who were affectionately introduced as Keel Syndicate, with AS’s frontman Steve McMurry absent due to a positive COVID-19 test.

Together the hastily thrown together group thrived while jamming to their heart’s content through harmonious renditions of Bob Marley & The Wailers “No Woman No Cry,” Pete Townshend’s “North Country Girl” and Keel’s own “Miles & Miles,” the title track from his debut 1997 album that featured Acoustic Syndicate on its original recording.

To cap Friday night, Keel returned to the stage with members of both his band and Acoustic Syndicate for a “Larry Does Jerry” set honoring the music of The Grateful Dead’s Jerry Garcia. The tripped out and string-laden set included everything from Garcia-penned delights like “Tennessee Jed” to others the band frequently covered like Eric Clapton’s “After Midnight” and everything in between from Garcia’s illustrious career.

Much like how dark clouds loomed over the brew fest’s first day, they did again on the second. Thankfully, this time around that’s all they did, with nothing coming in terms of rain other than a brief early afternoon sprinkle that quickly subsided with the rockin’ sounds of Ashley Heath & Her Heathens and Abby Bryant & The Echoes high octane sets. Bryant, the 2019 winner of FloydFest’s On The Rise band competition, dazzled the crowd with performances of original “Had To” and the Black Crowes’ “Jealous Again.”

Following those two fiery performances, Arlo McKinley took the stage to bring the crowd down to size with his mix of sad songs both old and new from his upcoming album This Mess We’re In, out July 15. Leading things off was “Stealing Dark From The Night Sky,” the cathartic first single from his forthcoming project before diving into older favorites like “We Were Alright” and “Die Midwestern.” Despite the somber, emotional ballads, McKinley’s poetic presence radiated throughout the crowd, bringing people together through the shared experience of struggle portrayed in his music in a way that few others can match.

Although her lyrical themes were equally as dark as McKinley’s, Katie Pruitt provided an upbeat and uplifting set. A beacon of positivity despite the rough life she grew up in, Pruitt uses her own experiences to give listeners hope, with songs about experiencing youth as a lesbian and feeling out of place in the Catholic church (“Normal”), mental health (“My Mind’s A Ship (That’s Going Down)”) and unconventional love (“Out Of The Blue”), all tunes which the crowd joyfully sang and danced along to with her at the festival. Later in her set, Pruitt covered iconic the Crosby, Stills, Nash & Young protest song “Four Dead In Ohio” before jumping into a modern day southern protest song of her own called “Southern Roots” as she beckoned for a society that’s more inclusive for LGBTQ folks, people of color and everyone else that’s a part of the patchwork quilt making the United States the great country that it is.

Pruitt was followed by just as much positivity and peppiness with British singer-songwriter turned Texas transplant Jade Bird. The artist launched her performance as an intimate solo affair, with just her howling voice and acoustic guitar guiding the way on stripped down versions of “Uh Huh,” “Honeymoon,” “Good At It,” “Candidate” and “I Get No Joy” before welcoming out her bandmates to wrap the show up as a trio. Now joined by an electric guitar and bass, Bird dove into emphatic interpretations of “Punchline” and “Headstart” along with heavenly three-part harmonization on “Different Kinds Of Light” and a closing, crowd-pleasing cover of Johnny Cash’s “I’ve Been Everywhere.”

Bringing the brewfest to a finale was bluegrass champions The SteelDrivers. Known as the group that gave Chris Stapleton his starting off point, the trailblazing act has been innovating and amazing fans ever since — and their festival-closing set was no exception.

The band ripped through hits like “Midnight Train To Memphis,” “Ghosts Of Mississippi,” “Where Rainbows Never Die” and “If It Hadn’t Been For Love,” the last of which the crowd helped to sing the chorus in unison. The band also pulled out “The Bartender” and “I Choose You” from their latest album Bad For You, illustrating that even with a repeatedly rotating lineup, the group is always comprised of top-notch bluegrass and songwriting talent.