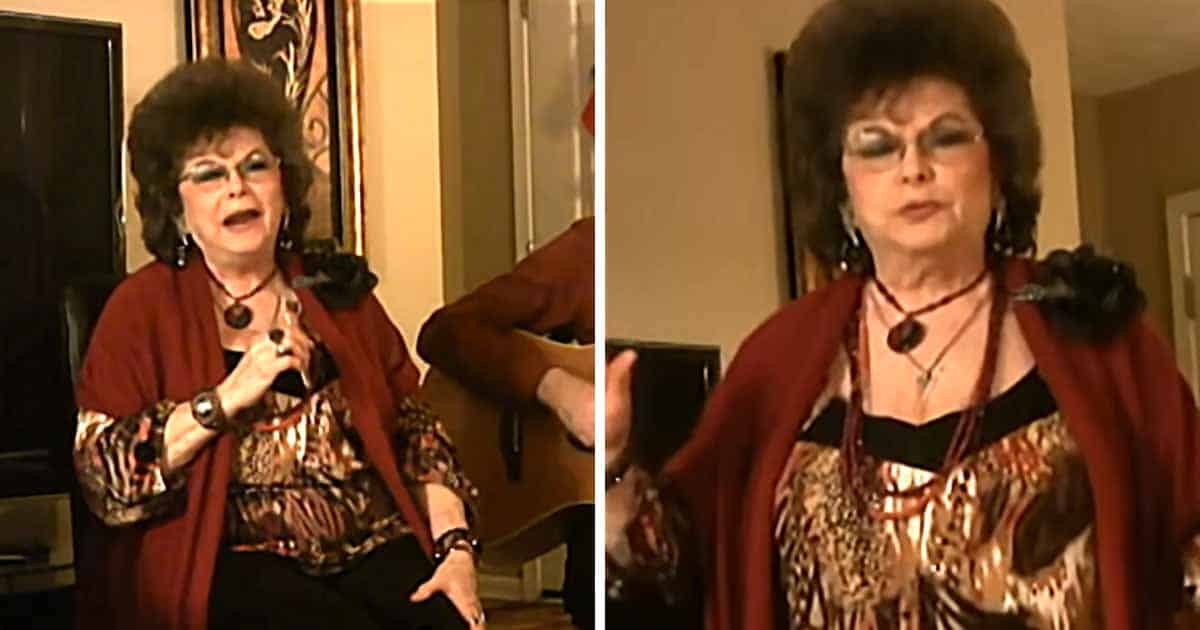 Jeannie C. Riley, the first female country singer to have her song ranked No. 1 on both the pop and country charts in the United States, proved that she is still the same legend of the past. During 2012 New Year’s Eve, Riley caught up with Nashville singer-songwriter Jimmy Payne and decided to perform her unforgettable mega-hit song, “Harper Valley PTA.”

It was written by Tom T. Hall, which tells the story of a widow named Mrs. Johnson, who stormed the Parent Teacher Association (PTA) at her daughter’s school over prejudices and condemnations. She then exposed a long list of blunders and wrongdoings done by the members – much to the PTA’s surprise.

RELATED: The Story of “Harper Valley P. T. A.” by Jeannie C. Riley

The song’s theme struck a nerve with countless women who felt some empathy with Mrs. Johnson, that it became a major international hit single. Jeannie C. Riley became the first woman to top both the Billboard’s Hot Country Songs chart and Billboard Hot 100. It also took home the 1968 Grammy Award for Best Country Vocal Performance, Female and was voted as Country Music Association’s Single of the Year.

Jeannie C. Riley released the feisty ballad in 1968, off her album of the same name. More than four decades may have passed, but this 2012 footage of the legendary singer shows that the spark is very much alive within her. In the short clip, which has over 130,000 views as of writing, shows Riley belting out her signature song flawlessly and just the way she used to be – to which the viewers agree.

“Jeannie C, you never lost it! As lovely and as good as ever,” one comment said.

Truly, she hasn’t lost her magic despite all the years that have passed by. Make sure to watch her full performance of “Harper Valley PTA” in the video below.

Scotty McCreery’s Wife Is His Rock and Grounding Force

“Waitin’ on a Woman:” A Sweet Sentimental Song by Brad Paisely

Luke Bryan Celebrates His 43rd Birthday by Fishing with His Sons

Ricky Skaggs Sings to Us About Suffering and Following Jesus

The Story of “Harper Valley P. T. A.” by Jeannie C. Riley

The Story of “Harper Valley P. T. A.” by Jeannie C. Riley

Country Music Winners Back in the 11th Grammy Awards Remind Us Why We Love the ’60s!

Country Music Winners Back in the 11th Grammy Awards Remind Us Why We Love the ’60s!

“I Loved Her First:” A Song Dedicated to a Father’s Love by Heartland

“I Loved Her First:” A Song Dedicated to a Father’s Love by Heartland

Watch Willie Nelson Before All The Beard And The Braids, In This 1965 Performance

Watch Willie Nelson Before All The Beard And The Braids, In This 1965 Performance