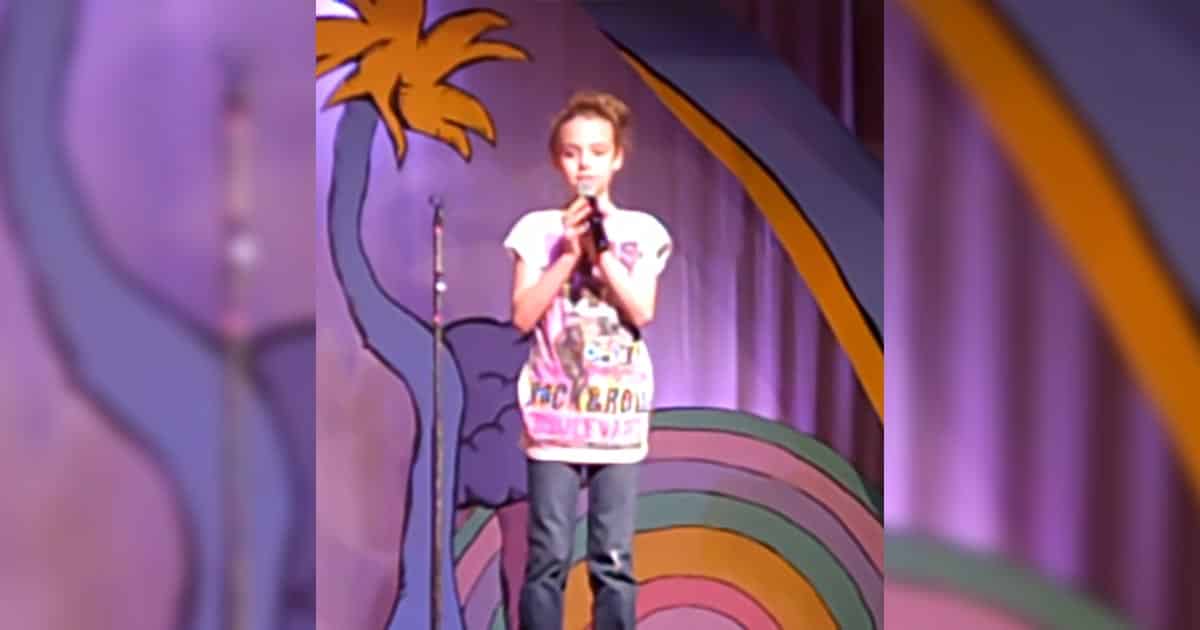 When nine-year-old Anna Faith Howell picked up the microphone on what seemed like the stage at a school’s auditorium to sing one of the most iconic country songs ever written, George Jones’ “He Stopped Loving Her Today,” the crowd couldn’t help but be moved to tears.

She may be young, and her nerves were perhaps shaking, but she sang with incredible power and emotion – and of course, love of country. She took her time enjoying her performance of such a classic hit. The crowd then cheered for the little singer during the stirring moment.

The Greatest Country Song Of All Time

Written by Bobby Braddock and Curly Putman, “He Stopped Loving Her Today” tells the poignant story of a man who refused to give up on his love. He had kept old letters and photos from his then-lover and held onto the hope that she would one day come back to him. The heartbreaking ballad reaches its peak in the chorus, where it is revealed that the man has finally stopped loving her and the woman has at last returned – only that he was already dead, and it was for his funeral.

RELATED: How George Jones’ “He Stopped Loving Her Today” Single-Handedly Saved His Career

Meanwhile, George Jones – who had critics talking behind his back for not ranking a No. 1 single in six years – released the song in 1980 as the lead single off his album, I Am What I Am. He took his detractors’ breath away when “He Stopped Loving Her Today” did not only reach No. 1 on Billboard’s Hot Country Songs chart but also took home Grammy Award for Best Male Country Vocal Performance and sparked new interest in the singer.

“God Likes to Work” Through Our Weaknesses and Troubles

Remembering Kevin Sharp With His Remarkable Hit “Nobody Knows”

LISTEN: Loretta Lynn’s Moving Version of “Why Me Lord?”

LISTEN: Loretta Lynn’s Moving Version of “Why Me Lord?”

Adeem the Artist is Making Music on Their Own Terms
George Jones Dedicates “If I Could Hear My Mother Pray Again” to Mom
Luke Combs’ Wife, Nicole, Says Baby Is ‘Thriving’ — That Hair!
Fancy Hagood Enlists Kacey Musgraves for ‘Blue Dream Baby’
WATCH: Dustin Lynch’s ‘Fish in the Sea’ Video’s Beachy for Summer