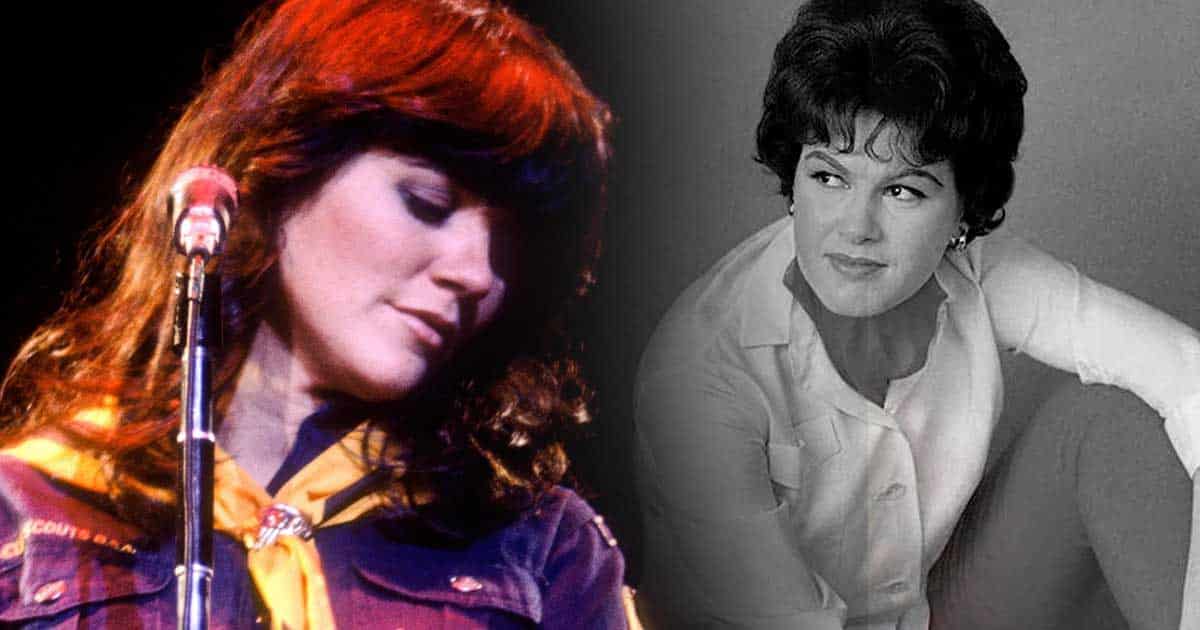 In her self-titled 1972 album, Linda Ronstadt gifted fans with an ‘easter egg’ – a rare, live recording of her cover of Patsy Cline’s “I Fall To Pieces” – which was sneaked in at the beginning of the B-side. The track was originally released by Cline two years before her tragic and untimely death, and Ronstadt’s cover was published a full decade later. And another stack of decades later, the cover resurfaces on the Internet and receives another wave of praise from fans and listeners.

Linda Ronstadt has always been known for her talent and incredible range. The Tucson, Arizona native started her career in folk-rock, then shifted into alt-country and even explored rock. In fact, she earned a one-time standing as the Queen of Rock and was also awarded the title of “highest paid woman in rock.” But aside from being a singer, she is also a record producer with a reputation for being versatile and a ‘definitive interpreter of songs.’ As Christopher Loudon of Jazz Times commented in 2004, “Ronstadt is blessed with arguably the most sterling set of pipes of her generation … rarest of rarities—a chameleon who can blend into any background yet remain boldly distinctive … It’s an exceptional gift; one shared by few others.”

That is why it wasn’t surprising that Linda Ronstadt’s spin into Patsy Cline‘s “I Fall To Pieces” became a hit. It was powerful and precise yet magical, and it sounded less like a cover and more like a newly-released song. And so, if you haven’t listened to it yet, then this is the time. Catch the remastered version in the video below.

“You Can Always Come Home:” A Song Inspired by Jackson’s Experience

Deciphering Danielle Bradbery’s ‘Never Have I Ever’

Deciphering Danielle Bradbery’s ‘Never Have I Ever’

The Story Behind the Hit: “I Always Get Lucky With You” by George Jones

The Story Behind the Hit: “I Always Get Lucky With You” by George Jones

Here Are Some Facts About Cody Johnson, Who Lived The Life Of A Country Singer Before Becoming One

Here Are Some Facts About Cody Johnson, Who Lived The Life Of A Country Singer Before Becoming One