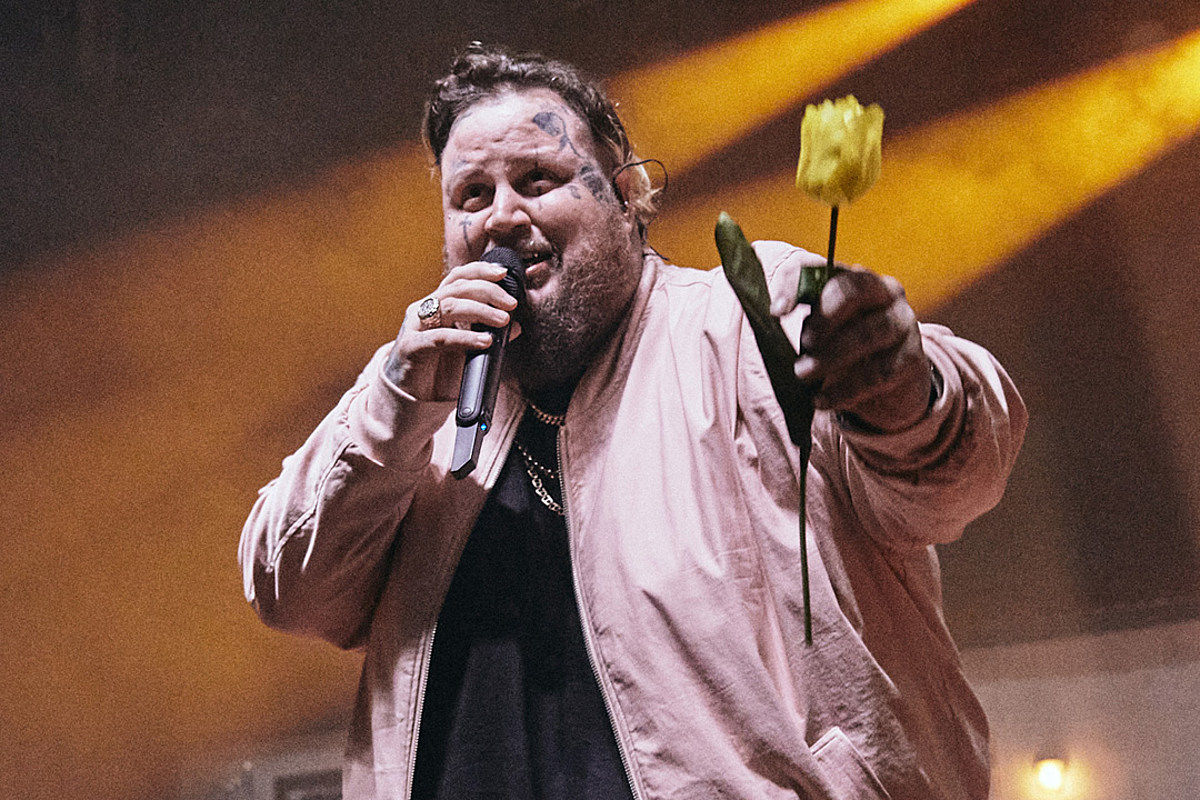 Jelly Roll is having a very, very good week. His new song just hit No. 1 on Billboard and Mediabase airplay charts — uh, no, it’s not the country song.

“Son of a Sinner” is inside the Country Airplay Top 30 and climbing quickly, but “Dead Man Walking” hit No. 1 on rock radio the morning Mr. Roll swaggered into the Taste of Country Nights studio with an extraordinary amount of slide in his glide. To call Jelly Roll’s (real name Jason DeFord) energy contagious would be to undersell the rock and rap veteran’s spirit. Those who question his intentions as he makes his first round of introductions with country fans and media are just showing their own bias. The guitars that pull along his new vocal ballad are as authentic as anything heard on country radio today.

The Nashville native visited with host Evan Paul recently to talk about his country friends and plans, how he’ll keep a foot in rap music and why country fans are uniquely prepared for him in 2022. He also updated us on the Waffle House beef that began a decade ago when he was sued by the restaurant chain for using their logo on the cover of a song called “Whiskey, Weed & Waffle House.”

Jelly Roll: We lit up the whole thing.

You’ve had success with rap all the way back in Memphis with Three 6 (Three 6 Mafia) and Lil Wyte. Now you’ve done rock. You’re doing country. How do your hardcore fans feel about you crossing genres?

I think they love it. I think a lot of them have grown with me, so a lot of my transition has just been a coming of age. I also think that I never swayed away from my actual message — my message is very clear. I am very direct about what I do. I have a mission statement. When I started music I came in for a reason, had a reason I wanted to do it, had people I wanted to touch and I knew why. I’ve never strayed from that. I’ll write a party song every now and then because I personally need to party a little in my own spirit in the studio. I party a lot in real life. My goal is to be very cathartic and therapeutic in my message.

“Son of a Sinner” certainly does that.

Who are you biggest musical influences?

I’m influenced by everything from Three 6 Mafia and UGK to James Taylor, Bob Seger. Some of my favorites … Jim Croce … love the old outlaw stuff. I love the old Willie. I love the old Waylon records. Huge fan of all the old Cash stuff. These are probably the guys who really molded my style and sound.

Are you gonna get back with Three 6 and do anything?

Yeah, I talked to Juicy J the other day and DJ Paul. So yeah, we’re always talking about working together. I needed some 808s programmed on a new song I’m working on and I sent them to DJ Paul. I didn’t even hesitate.

I’ve got a record with Brantley Gilbert coming later this year that I’m kind of rapping on again. I had my in-house guy DJ Chill who’s from here in Nashville do the 808s on it.

Is there a you and MGK collab coming?

I’d be into it. I love what he does. I don’t have nothing against what he does. I think it’s awesome. He’s another great example of somebody who’s kind of blended genres and kind of just went where he felt like.

I think we’re in that space now, dude. I’m sitting here with you, Taste of Country Nights, and let me tell the listeners something they don’t see: He (Evan) is wearing some low dunks and an Ice Cube shirt and not the Ice Cube shirt you all are used to. This is young Ice Cube. This is young Ice Cube. It’s right after he cut the curls … and he’s up here giving y’all’s Taste of Country tonight.

I think we live in that world where — I think it’s because we grew into it, right?

It’s cool because all of the guys that are in there 30s and 40s now, early 50s are like, “I remember Ice Cube.” Me and Ernest, who wrote “Son of a Sinner” with me, that’s my guy. He’s one of my best friends. We used to freestyle in the basement and smoke pot together, you know what I mean. We both come from that root. Mitchell Tenpenny, all of these guys, we’re all young enough that — you know, Tenpenny can probably sing every John Mayer song ever written.

He’s got a good kicks collection too.

Incredible kicks collection, dude. It is crazy. It rivals mine for sure, but I’m still beating him (laughs).

You mentioned Ernest. What other country stars have reached out wanting to collaborate?

Yeah, I don’t know if it’s to collaborate yet, but Tyler Hubbard reached out which I thought was really cool. Luke Combs wished me congratulations on my Opry debut, which is really cool because I’m such a Luke fan. I talked to (Jason) Aldean. Jimmie Allen. You know what’s funny? I used to have no friends in the music business, now I have a lot. I’ve been blessed. Through Ernest, Morgan (Wallen) and Hardy have been friends of mine for a couple of years now. It’s been really cool … I’m way more accepted than I anticipated.

You’re the only guy I’ve ever known who beefed with Waffle House. Did you clear that up?

I don’t know if they squashed it, but I eat there. I must admit, I buckled. It was hard to carry the beef on for too long. I’m such a fan (laughs).

I’m always gonna give you real music. It’s gonna be for real people that have been through real things. This isn’t just a tap of the toe — I’m fixing to cannonball into country music, baby. I’m coming in bellyflopping. I’ve got an album almost done. I feel great about it.

I’m from here — this is where I want to be. I’ve always wanted to do country music. This is Nashville to me. I’m all about being a local kid. I’m big about the local causes. I support efforts inside of the community. When it’s all said and done, I want to be in the Country Music Hall of Fame.

Vote for Jelly Roll and the 2022 Hot List Awards