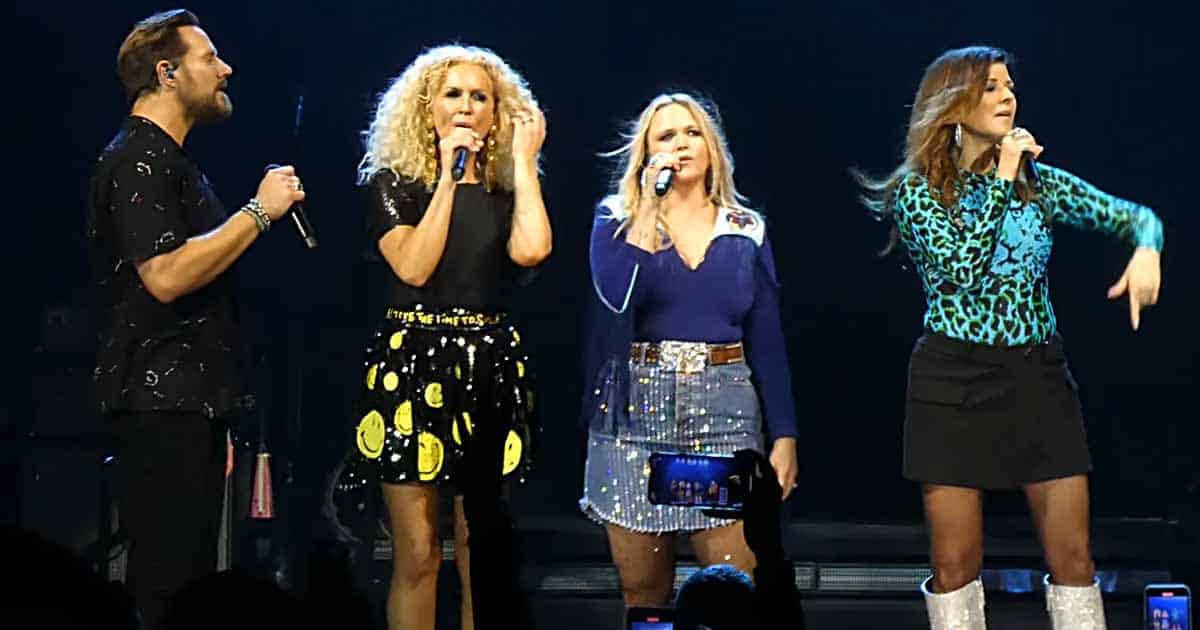 In a video recorded by one fan, the country superstars delivered a tribute from the heart with their performance of “Grandpa (Tell Me ‘Bout the Good Old Days).”

The mother-daughter duo, The Judds, released the song in 1986 as the second single off their album Rockin’ with the Rhythm. It was written by Jamie O’Hara and is about a girl who expressed sorrowful uncertainty and displeasure on today’s neglect of traditional values. She longs for the past times wherein marriages stayed intact for a lifetime, fathers kept their responsibilities, families went to church together, and so much more.

The song did not only peak at No. 1 on Billboard’s Hot Country Songs chart, but it also won Grammy Awards both in the categories of Country Duo/Vocal Group and Country Songwriting.

Indeed, it was a great song choice for the two acts. As their performance was nearing its end, the crowd even sang along to the chorus. The lights went down, and an image of the late Naomi Judd appeared on the screen behind them.

Naomi Judd and Her Musical Legacy

In the days since Naomi Judd’s death, several artists have been honoring her musical legacy.

Miranda Lambert, for instance, took to social media to honor Judd with a photo they took together during the recent MT Music Awards. “I’m thankful I got to spend just a little time with you, Naomi,” she wrote in the caption.

The Grammy Award winning-singer died on April 30 – at the age of 76 – a day before she and her daughter Wynonna were slated to be officially inducted into the Country Music Hall of Fame.

Anyway, make sure to watch Miranda Lambert and Little Big Town‘s performance of “Grandpa (Tell Me ‘Bout the Good Old Days)” in the video below.

Mary Davis: Meet Randy Travis’ Spouse Who Stood By In Sickness and In Health

7 Songs that Make Us Remember ‘The Singing Ranger,’ Hank Snow

“Jesus Walked This Lonesome Valley”: A Journey of Salvation

How Does it Feel “When Someone Stops Loving You?”

How Does it Feel “When Someone Stops Loving You?”

A Sneak Peek at Miranda Lambert’s Casa Rosa in Nashville

A Sneak Peek at Miranda Lambert’s Casa Rosa in Nashville

Today is a Special day for Faron Young, It’s his Birthday!

Today is a Special day for Faron Young, It’s his Birthday!

Here Are Some Facts About Eddy Arnold, One Of The Genre’s Most Prolific Hit-Making Artists

Here Are Some Facts About Eddy Arnold, One Of The Genre’s Most Prolific Hit-Making Artists

Check Out These Exciting Facts About Guy Clark, One of Today’s National Treasures