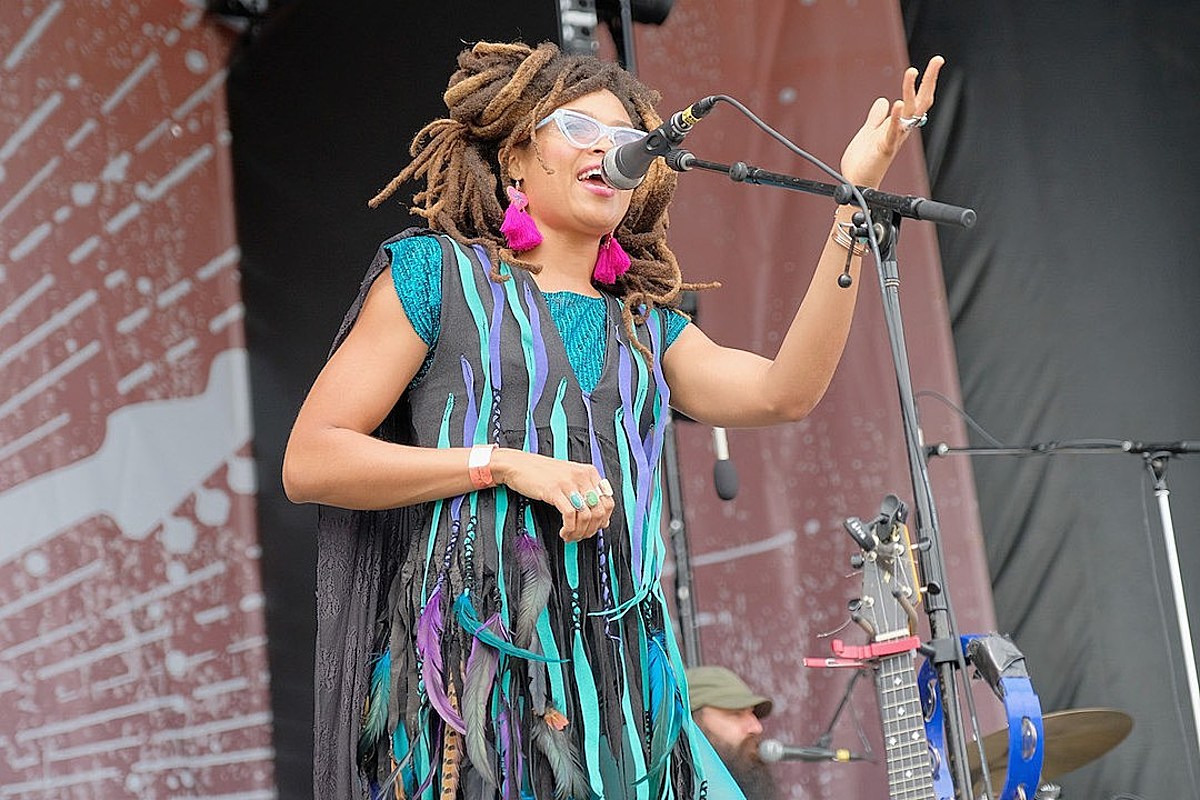 Valerie June Hockett, who performs simply as Valerie June, is known for creating music that sounds like it has mysteriously appeared from the cosmos. Of course, behind this feeling of unadulterated celestial energy that one experiences when listening to June’s music are June’s vast (and well-honed) talents as a singer, songwriter, and multi-instrumentalist.

June was born in Jackson, Tenn. Her exposure to music began with gospel music from church and the soul and R&B music her father listened to. June’s appetite and skill for a variety of genres has stayed with her throughout her entire career to date. When she moved to Memphis at the age of nineteen to begin recording music, she also incorporated blues and Appalachian folk music into her sound. Today, June’s medley of influences converges to make something that is uniquely hers. Rare are the voices as distinct as June; and rarer still are the artists who, like June, offer up such a profound sense of divine love, connection, and healing to listeners.

Over the course of her career, June has recorded two self-released albums and three full-length albums: Pushin’ Against a Stone, The Order of Time, and The Moon and Stars: Prescriptions for Dreamers.

Read on for The Boot’s picks for Valerie June’s 10 best songs, so far: