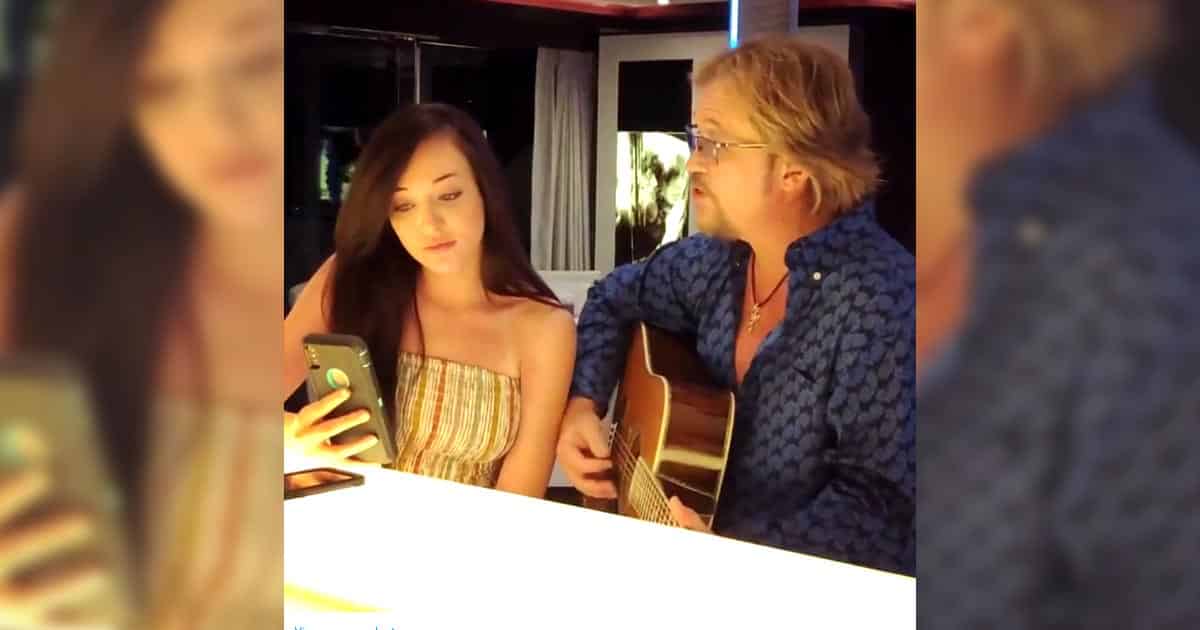 Country music icon Travis Tritt has blessed us with power ballads and contemplative stories through the songs he wrote and released – but sometimes, he would cover and recreate the magic exuded by some popular country classics.

And in this very incredible instance, the Grammy award-winning singer is joined by someone special – his only daughter, Tyler Reese. In a short video uploaded by Tyler on her Instagram, the father-and-daughter filmed themselves singing a cover of “Don’t Cry, Joni,” which was recorded by Conway Twitty and his then 16-year-old daughter, Joni Lee Jenkins.

Written by Twitty himself, “Don’t Cry, Joni” is about a young girl named Joni, who fell in love with her neighbor Jimmy – although seven years her senior. It was released in 1975 off Twitty’s album The High Priest of Country Music and has since become a country standard.

A True Entertainer At Heart

Tyler Reese Tritt graced the country music scene in 2012 alongside her father, Travis Tritt, in a revival of the classic Don Henley and Patty Smyth 1992 rock ballad, “Sometimes Love Just Ain’t Enough.” Though she was only 14 years old at that time, she has impressed listeners with her beautifully rich voice, showing the musical roots that run deep in the Tritt family tree.

Today, Tyler has continued to pursue a career in music. She released her debut album in 2017 and has collaborated with her father quite a lot of times, often opting to perform old duets by beloved country icons.

And that’s what the duo did exactly in their beautiful rendition of the heartbreaking ballad “Don’t Cry, Joni.” There are no words to sum up how dazzling it is! So go ahead, and check it for yourself in the video below.

Ryan Hurd Shows Off Skating Skills in ‘Pass It On’ Video
Adeem the Artist is Making Music on Their Own Terms
WATCH: Dustin Lynch’s ‘Fish in the Sea’ Video’s Beachy for Summer
Little Big Town Are Partying ‘All Summer’ on New Single
Five Phenomenal Covers Of John Prine’s “Angel From Montgomery”