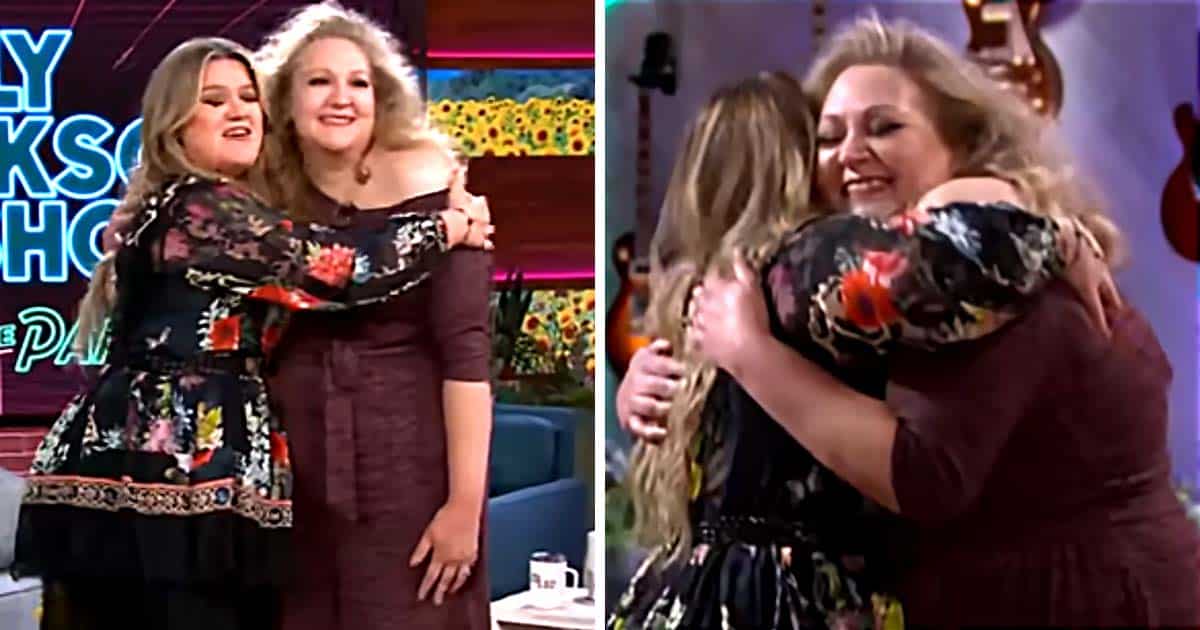 Kelly Clarkson celebrated her 40th birthday on Sunday, April 24 – and her team in The Kelly Clarkson Show has thrown her the best birthday blowout ever. Clarkson had a week of 80’s themed shows full of celebrations in honor of the decade she was born. She dressed up the part – in colorful prints and in the most fabulous outfits.

But despite all of that, the “Because of You” singer had no idea what producers had planned for the show, including which guests would appear.

A Special Visit From One Of Her Lifelong Best Friends

In one episode of The Kelly Clarkson Show, the Grammy award-winning singer performed Stevie Nicks’ “Edge of Seventeen” after she received a request to cover the 1981 hit from an unnamed someone.

It turns out that the very person who requested the song was one of the surprises her team had waiting for her. Kelly Clarkson called on that special guest to come out, and the singer got the surprise of her life when her childhood best friend, Mary, strolled out on stage.

Clarkson was thrilled to see her longtime friend, whom she had known since the third grade. The two reminisced about their troublemaking days in class, so much that they were forbidden from going to the same classroom together. They also talked about working their first job together at a local movie theater.

Mary said she chose the song “Edge of Seventeen” since she had known Clarkson from that age. She also recalled how the singer has always been there in her life’s biggest events; like how Clarkson has never left Mary’s side when she went through a number of different health issues.

We can’t help but gush about how much Clarkson and Mary cherish their friendship. You can watch in the video below Mary’s heartwarming guest appearance on The Kelly Clarkson Show.