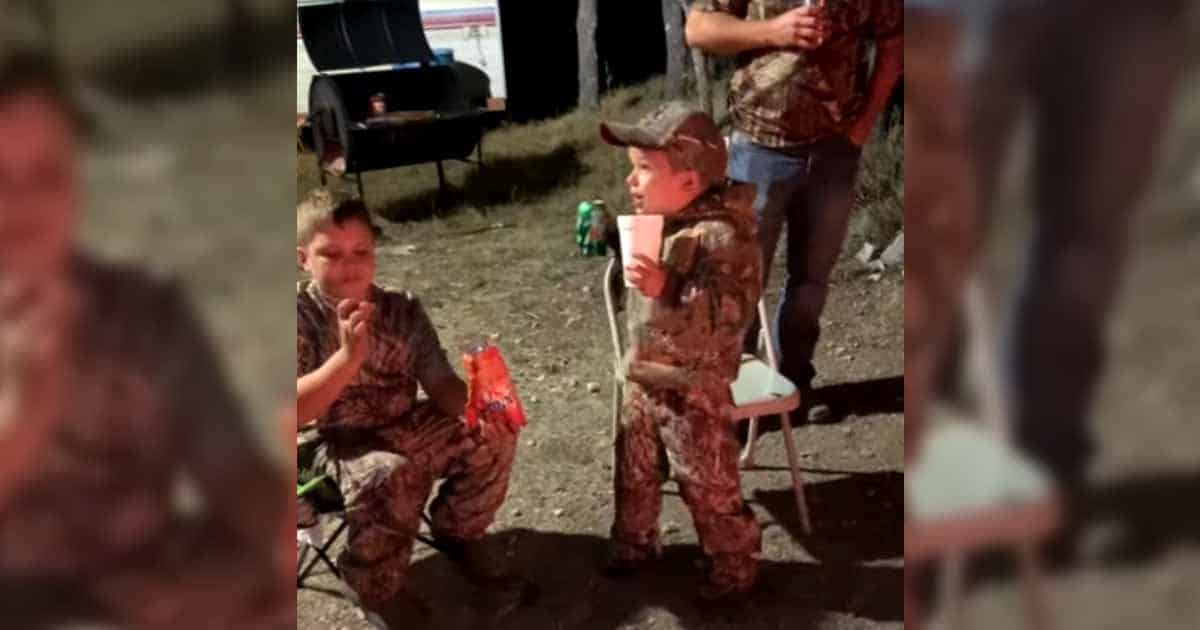 A 7-year-old kid’s hilarious rant about hunting and women went viral on Facebook last 2019, earning an impressive 7.4 million views and generating over 31,000 likes and 25,000 comments. And it’s definitely not surprising considering how just a small boy had relationship insight light years ahead of him.

READ MORE: 15 Camping Sites Near You To explore The Great Outdoors This Summer

In the video clip uploaded by Rusty Smerek, the family was gathered at a campsite sharing their hunting experiences. It was the deer hunting season, and folks vacationed together during this time with their families. Then one boy who was decked out in full camo gear with a 7UP can in one hand, and a cup in the other makes his speech. He said, “I don’t want a girl, I don’t want a wife because what if they say ‘You can’t go hunting’? I’ll just go like, ‘Nope, I’m going huntin’ right now, you are not tellin’ me what to do. You’re not tellin’ me what to do!’”

The family burst out in laughter at his deep thoughts and the fact that he was so firm and outspoken about it. And the Internet had a good laugh about it too. A lot of people shared the video and even tagged others in the comments section.

Moral of the story: Hunting is more important than girls.

Watch the boy’s amusing and hilarious speech in the video below.