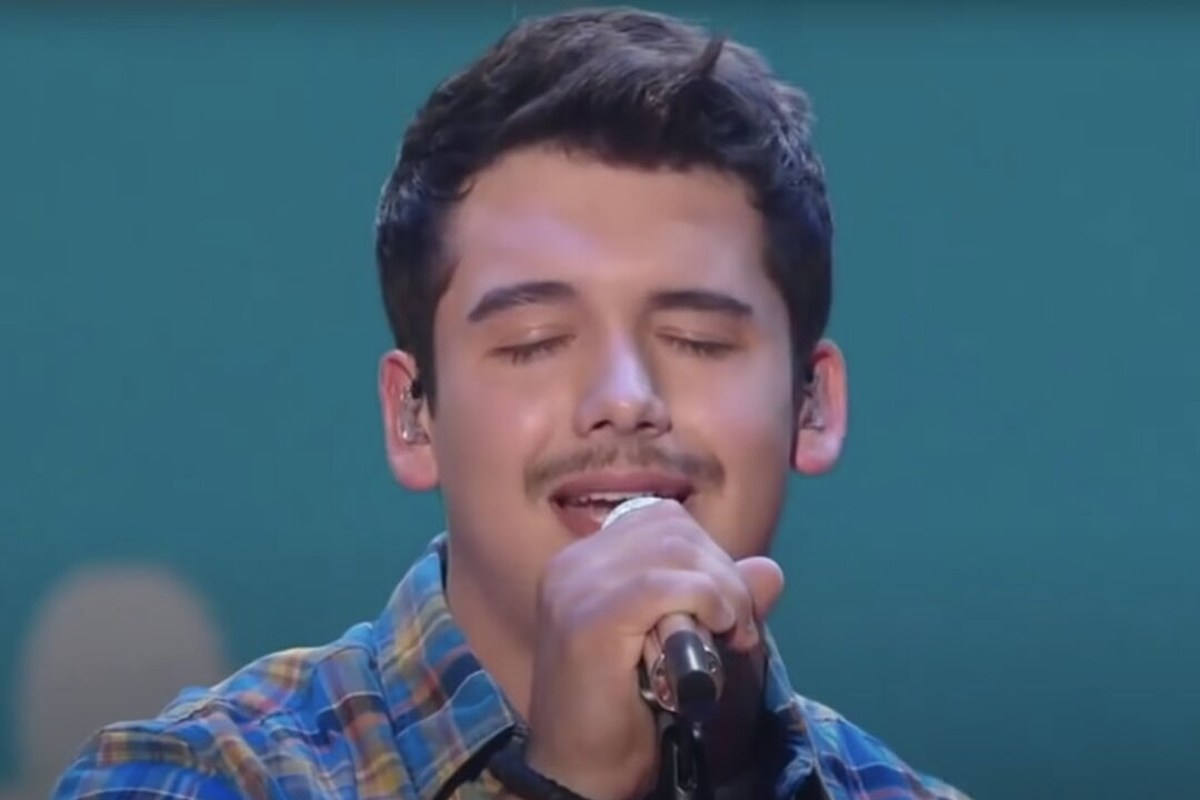 Noah Thompson has been a frontrunner since starting his journey on Season 20’s American Idol. But if it weren’t for his good buddy Arthur, he may have never even auditioned for the show.

So, when Thompson stepped out to perform, as part of the Idol Top 10, he dedicated his performance to his friend who has always believed in his musical talents.

Singing “You’ve Got a Friend in Me” from Disney’s Toy Story, Thompson gave it his all. Onstage he was dressed in a colorful checkered shirt and surrounded by a Toy Story-styled set.

The former construction worker from Louisa, Ky., was also accompanied by steel guitar, as he put his vocals on the classic kid-friendly tune.

“Noah, that was, I think, my favorite song you sang besides the Rihanna song,” Katy Perry gushed. “You reinvented that. Randy Newman sings that song incredibly friendly, and it’s such a singalong song, but you just went for it, and you gave it so much character and color and country crooning it was some of your best vocals.”

“Yeah, I was really happy, even your vocal choices and some of the movements you did, it was something we have not heard from you yet,” Luke Bryan added. “That shows me tons of promise in the future for you. If you can kind of, on the fly, sparkle on that song, the sky’s the limit on what you can do throughout your career. So good job.”

“The beauty of Disney is that it’s familiar. It’s family. It’s home, and for you to come out and give us that impression of you, which you definitely are, it was the perfect song choice. But more importantly, your attitude was wonderful because it was a sing-along moment. I loved it,” Lionel Richie said.

Thompson’s “You’ve Got a Friend in Me” performance was the second of the evening and part of a themed episode titled “Disney Night.” But, covering Disney classics wasn’t the only joy that contestants got to experience — they were also able to spend some time in the theme park.

“I would love having Walker here,” Thompson said of his son, Walker — who is the sole reason why he chose to stay in the competition — before producers surprised him with a visit from his baby boy. The crew also managed to bring his best friend Arthur along for the reunion, too. Folks even got to catch a glimpse of Thompson’s girlfriend, Angel, who was on hand supporting her country crooning beau in person.

“I was not expecting that,” Thompson said emotionally. “It means the world to me for him to be here. It feels like home almost, there ain’t nothing like it.”

Throughout the show, viewers were able to vote for their favorite artist, and host Ryan Seacrest called for the lights to dim in the final moments of the telecast. Reading off the results, he called Thompson’s name first, sending him into the Top 7.

Thompson is now in the running for the American Idol crown as one of two country singers left standing in the competition, alongside HunterGirl.

American Idol returns on Monday (May 2) with a special reunion episode on ABC.

What happened to some of country music’s best American Idol contestants over the last 20 years? This list of country American Idol stars who disappeared includes a winner, a runner-up and a third place finisher, plus several early cuts who enjoyed radio success before losing touch with fans.