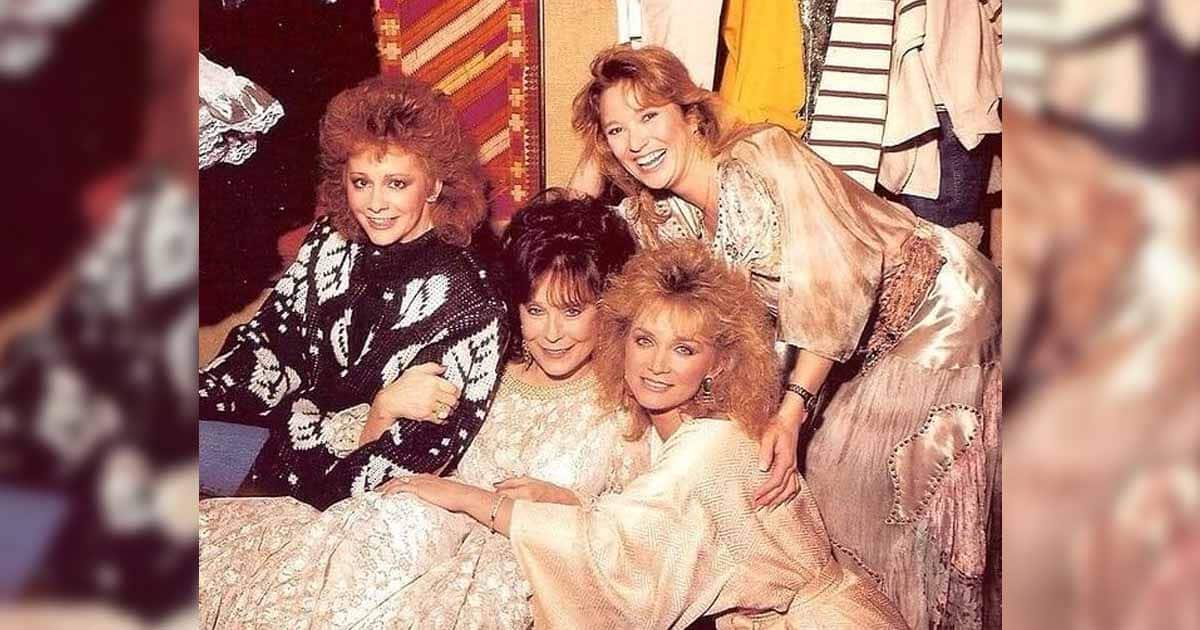 Tanya Tucker was only 13 years old when she made her debut in 1972 with the song “Delta Dawn”. And her age was not the only impressive part about her. Tanya, with her powerful and raspy voice, blew people away, stole their hearts, and earned the fame of an overnight sensation. Fifty years later, people are still in awe of her, and many remain updated with all of her releases and posts – especially on Instagram.

With that said, Tanya Tucker loves to post snaps of her daily life, snippets of her performances and some fun time with friends, and the occasional throwback photos that fans really enjoy and love.

One of those many #throwback uploads that raked in a lot of attention was a photo of a young her during a Kenny Rogers celebrity softball game. Donning in a Farrah Fawcett hairstyle and dressed in a blue tank top and white shorts, Tanya definitely looked the part. Not to mention that serious side-eye and a beer on her left hand that made her look like a badass player.

Aside from photos of her, Tanya also loves to share pictures with friends, just like this Throwback Thursday upload of her and Jeannie Seely, singer of the Grammy Award-winning hit “Don’t Touch Me” in 1966, back-to-back. And we can all agree that both ladies look stunningly gorgeous!

But Tanya Tucker isn’t just badass or gorgeous, she’s also hot! Just like in this throwback photo of her with CMA Award Winner T. Graham Brown.

But what really almost broke the Internet out of all her throwback photos was this: an iconic photo of three legendary female country singers – her, Reba, and Barbara Mandrell – surrounding the Queen herself, Loretta Lynn.

All of the women donned a teased hairstyle except for Tanya, who had her hair down and who admitted that she was apparently the only one not ready for the stage. Nevertheless, she still looked great!

Carnes, Roger’s Duet: “Don’t Fall in Love With a Dreamer”?

Cowboys and Cowgirls, Aaron Watson Wants You to Know How God Loves You

Loretta Lynn Reveals the Story Behind “You Ain’t Woman Enough”

Loretta Lynn Reveals the Story Behind “You Ain’t Woman Enough”

“Just Like Them Horses” Reminds Reba McEntire of Her Dad

“Just Like Them Horses” Reminds Reba McEntire of Her Dad

“Act Naturally” Even When It Hurts sings Buck Owens

“Act Naturally” Even When It Hurts sings Buck Owens

Billy Keane Offers Wisdom on ‘It’s Okay to Lose Your Way’
Mel Tillis Sings “Ruby, Don’t Take Your Love to Town,” the Hit Song He Conceived for Kenny Rogers
Ashley McBryde Will Be Off the Road for ‘A Few Weeks’
Kip Moore On Paying His Band Out Of His Own Pocket During COVID: “I Felt Super Blessed Where I Was At”
Brett Eldredge Brings High-Spirited ‘Songs About You’ to ‘GMA’