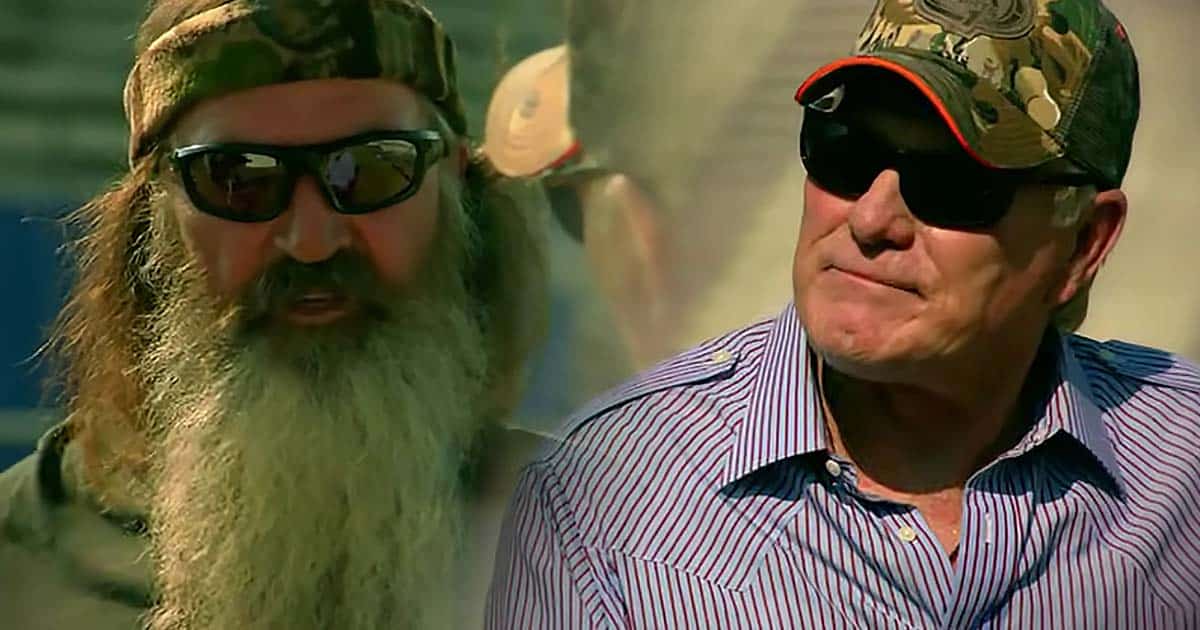 Unless you’ve been living under a rock for the past couple of years, you’ve probably heard about Duck Dynasty – the warm and humorous tale about the Robertson family that generated ratings that somewhat blew away most of their prime-time equals. Their wildly successful duck-whistle manufacturing business, combined with their loving and comical relationships, have made the Louisiana family of rednecks a true phenomenon.

RELATED: The ‘Duck Dynasty’ stars: Where is the Robertson Family now?

While most fans think that they know everything about the Robertson family, we found a revelation that totally surprised us! Did you know that the family patriarch Phil Robertson was the starting quarterback for the Louisiana Tech Bulldog during the late 1960s?

In fact, NFL Hall of Famer and four-time Super Bowl-winning quarterback Terry Bradshaw played as the backup quarterback for Robertson for two years.

While They Played The Same Position, Their Passions Were Different

RELATED: Can You Imagine Jase Robertson Without A Beard? Well, He Once Did

Things changed when the football season and duck hunting season started to intertwine – and Phil Robertson’s love for duck hunting has always been bigger! In the documentary Terry Bradshaw: Going Deep, the football superstar talked about what it was like playing on the same team as Robertson.

“I knew he didn’t care anything about football. He cared about duck hunting. Two years of sitting behind that guy, and all he wanted to do is shoot stuff,” Bradshaw said. While football meant everything to him – to Robertson, it was just about maintaining his scholarship.

In 2014, Bradshaw dropped by on the talk show Larry King Now, where he talked about his fondest memories about his former teammate, like how Robertson “used to come in with fish guts and junk.” He added that Robertson could also be one of the NFL if only he “had the passion and devotion to football as he does for hunting.”

Isn’t it just that crazy? You can watch Robertson and Bradshaw interviewing each other at their alma mater in the video below.

The Amazing Grace Of Willie Nelson’s Colorful Life and Style

Listen to Loretta Lynn’s Rendition of “How Great Thou Art”

Maren Morris Songs That Show How Cleverly Versatile She Is

Meet the Funniest Horse on Earth: Archy, The Farting Horse

Meet the Funniest Horse on Earth: Archy, The Farting Horse

“Compass”, by Rascal Flatts: Truth-Filled Symbol of His Love

“Compass”, by Rascal Flatts: Truth-Filled Symbol of His Love