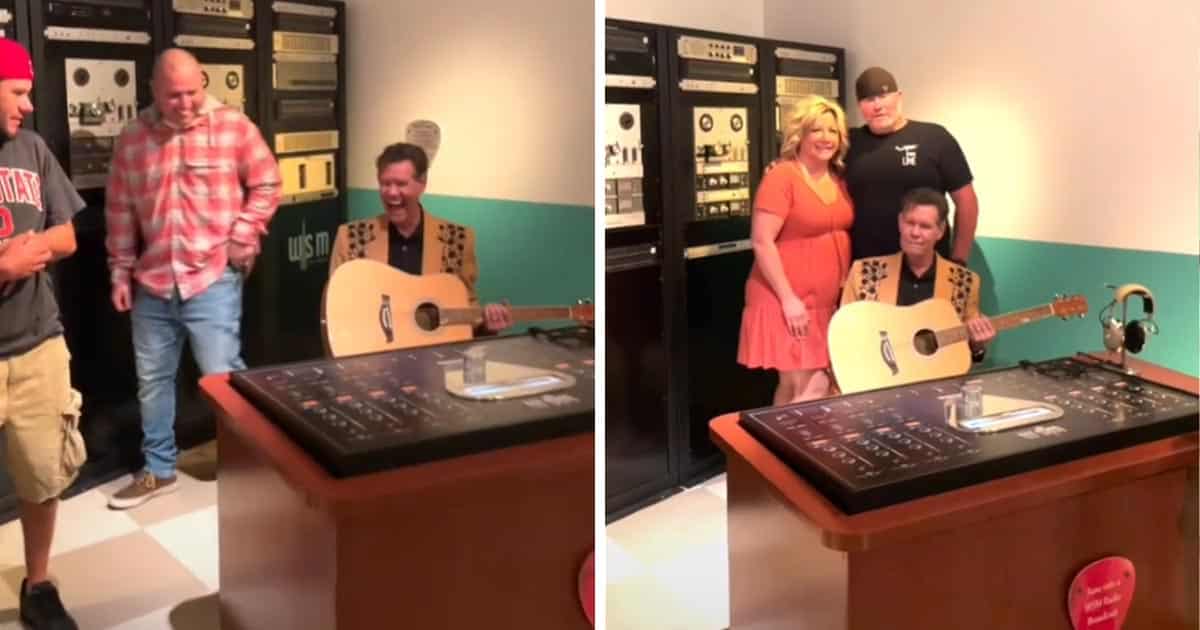 Madame Tussauds opened its Nashville location in 2017, offering guests the unique opportunity to interact with incredibly lifelike iconic figures of artists representing all genres of music – from Patsy Cline, Tammy Wynette, Carrie Underwood, Johnny Cash, Tim McGraw, and Luke Bryan, among others. The wax museum also made sure to honor the Country Music Hall of Fame member Randy Travis with his figure.

The country superstar dropped by the Madame Tussauds Nashville for the grand unveiling of his wax figure from a couple of decades ago. While he arrived in his wheelchair, he stood up side by side with his younger self – dressed in a ’90s-style outfit and carrying a 1991 Gibson J-185 guitar, which was created by teams of professional artists and sculptors who spent months on thorough research and took over 300 measurements.

Travis’s wife Mary couldn’t help but be amazed at the resemblance and thrilled by the recognition.

“For him to be in this museum with all of these legends that we believe walked on water, it’s quite the honor, and I know Randy feels the same way, and we just appreciate you all choosing him to be here with these legends and these greats,” she said.

Randy Travis Got Some Fun Under His Sleeve

Four years later, the country music legend snuck into Madame Tussauds to surprise some of his fans. Randy Travis took a seat behind a desk of a radio station with a guitar in his arm. He stayed still as guests approached him to take photos of what looked like a wax figure of him – having no idea that they just rubbed elbows with the legend himself.

The quirkiest moments happened when a man taking a picture asked everyone to smile for the camera, then Travis started making a sound. You will see the group of fans’ reactions on how glad they were to have met the “Forever and Ever, Amen” singer.

Check out the video below! You’ll surely be smiling watching Randy Travis surprising his fans.

@randy.travis We visited @madametussaudsusa in Nashville and I pretended to be my wax figure to surprise the guests! #countrymusic #waxfigure #randytravis ♬ Forever and Ever, Amen – Randy Travis

“Jesus Remembered Me”: A Hank and Audrey Williams Duet

See How Randy Travis is Doing Years After his Stroke

See How Randy Travis is Doing Years After his Stroke