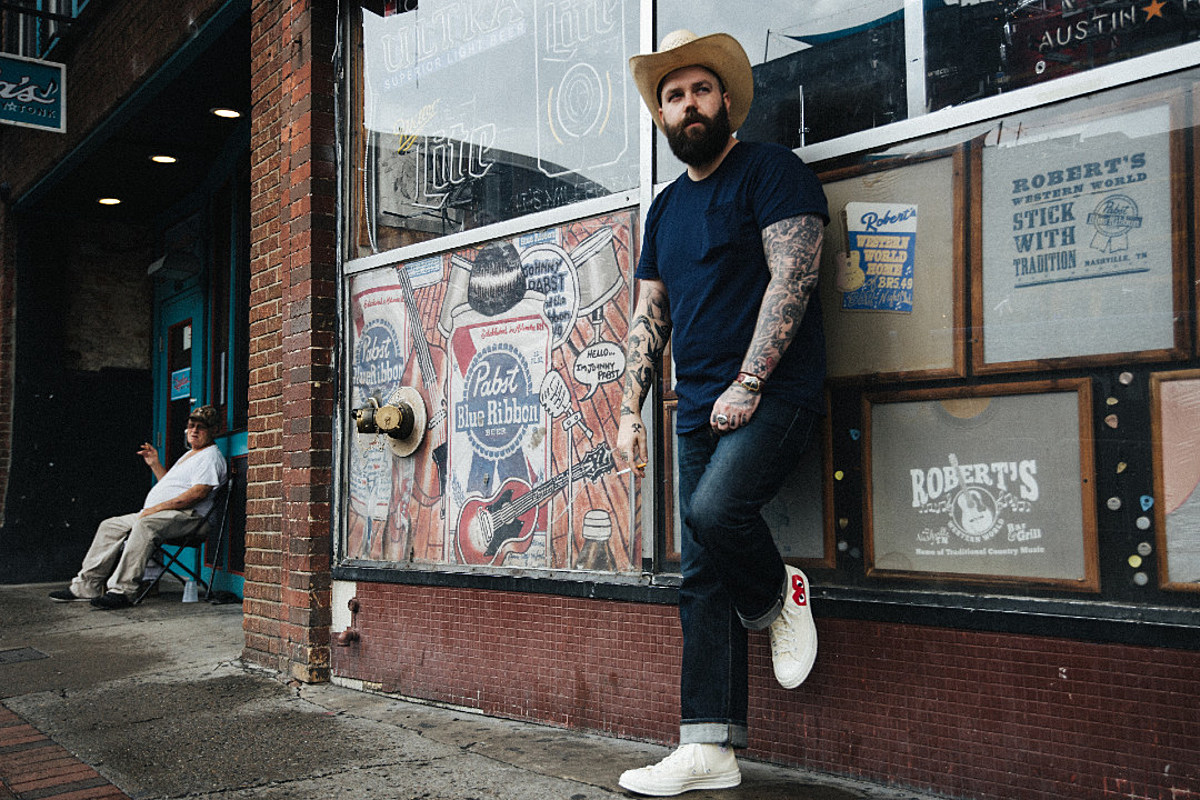 Back in March 2020, Joshua Hedley didn’t think he would ever put out another record. He said as much on Twitter, replying “probably never” to fans asking when they could expect a follow-up to his 2018 album on Third Man Records, Mr. Jukebox. Just that month, he’d gotten sober after a two-year bender, and it was looking as if his recording career had imploded in the meantime.

“I think, after Mr. Jukebox, I did a fairly decent job of tearing my career down to the ground with booze and drugs,” Hedley tells The Boot dryly. “Yeah. If you didn’t put one record deal up your nose, did you even have a career?”

All jokes aside, it was a dark time. That same March, the COVID-19 pandemic began to ramp up on a global scale. Quarantines and shutdowns began to take effect, and Hedley — a mainstay performer at Robert’s Western World, the beloved downtown Nashville honky tonk — found himself temporarily out of a day job. After a few weeks, though, Hedley received an email from Normaltown Records, an imprint of New West Records, asking if he’d like to make the record that turned out to be his new album, Neon Blue.

“And I’m immediately like, ‘F–k yeah, let’s do it. 100 percent, I’m in,” Hedley recalls. “And then almost immediately I was like, ‘Well, shoot, I don’t have any songs.’ I hadn’t been doing anything for, like, three years now. I didn’t have any ideas, really.”

But with help from his publishing company, he got connected with Carson Chamberlain, Keith Whitley‘s former bandleader and steel guitarist, who’d written songs for artists like Alan Jackson, Billy Currington and and George Strait. Chamberlain introduced him to traditionalist singer-songwriter Wyatt McCubbin, “and the three of us just clicked,” Hedley explains.

They rapidly started writing songs like “Last Thing in the World” and Neon Blue‘s title track, the latter of which set the stage for his record concept so appropriately that Hedley immediately knew it had to be the record’s title. “I knew that was going to be the album title before we actually wrote the song,” he says with a laugh. “I was like, ‘This has got to be a really good song, because it has to be the title track.'”

Meanwhile, as the pandemic raged, Hedley found himself drawn to the ’90s — an era of country music that brought him comfort. “It started when Joe Diffie died,” he says. (Diffie died of complications of COVID-19 on March 29, 2020.) “I went down this YouTube rabbit hole of Joe Diffie songs, and sort of sprinted into a general deep dive of that late ’80s, early ’90s era of country. Everything was so up in the air. There was just this feeling of existential dread looming over everybody.”

He found that listening to the music he’d grown up with eased that uncertainty a little bit. “It just took me back to a time when I didn’t need to worry about bills, when I was a kid, and these songs were on the radio. It was very much the soundtrack of my youth,” Hedley relates.

Then, he started taking a look at the demographics of his listeners: They were mostly people around his age, in their 30s, with some in their late 20s and early 40s. He got the idea that maybe, if he was being soothed by the sounds of ’90s country, his fans would be, too.

“I’d certainly like for everybody to forget about the last couple of years, if we can,” he continues. That’s where he got the idea to make Neon Blue themed around the styles of the ’90s. “I wanted to make a party record. Because we’ve all had such a s–tty couple of years.”

A self-described “big cap-tipper,” Hedley put lots of Easter eggs onto the album in tribute to the people and places that matter most to him. The record has a special, limited-edition bologna-pink vinyl, a nod to Robert’s Western World’s famed late-night snack, the bologna sandwich.

Robert’s appears everywhere on the album: The pictures for the cover art were taken there, and he included one cover song, Roger Miller‘s “River in the Rain,” in honor of the years he’s spent as a honky-tonk covers performer. Moreover, the specific song selection comes someone who used to work at Robert’s, and always asked him to learn “River in the Rain” to include in his set list. (He never did.)

Another casualty of the past two years is the singer-songwriter Justin Townes Earle, who died of an accidental drug overdose in August 2020. Hedley played with Earle for several years, and is featured on his first three records, and he tipped his cap to his late friend by including a woman in the cover art for Neon Blue, since Earle always featured a woman on the cover of his records.

Though Neon Blue emulates the sounds of the ’90s expertly, and does include one cover song, Hedley co-wrote every other track on the record. There’s lots of reasons why he opted to put out his own original material. He makes more money recording his own songs, for one thing. He also found it more creatively fulfilling to write for the record, and he wanted to include songs like “Let’s Make a Memory,” which stray a little from the ’90s format towards a more contemporary perspective. Still, Hedley’s got nothing against covers projects, and he’s even got an eye on making one of his own at some point.

“I definitely do have a cover record planned — at least, in my mind, it’s planned — but yeah, for this one, I wanted to put out my own stuff,” he says.

Next up for Hedley is another adventure that’s a few years in the making: A return to the road, to play his own original songs. Though he’s continued to be a mainstay at Robert’s, it’s been a while since he toured his own music.

“We did SXSW this time, and after the first show, I’m like, ‘Oh s–t, I haven’t played outside a 10 mile radius of my house in two years.’ And I certainly haven’t played to people who were paying attention in even longer,” he says. “Honky tonk gigs, you’re mostly just a soundtrack to people’s good times. Which is fine — I grew up on it. I’m actually most comfortable in that setting.”

Plus, his Robert’s stand has given Hedley a unique perspective into what fans are gravitating to now: A good time. “It seems like it’s crazier than it used to be before COVID,” he notes.

“And that’s exactly why I made Neon Blue,” he notes. “It’s 100 percent the motivation behind a ’90s country record, was I wanted to make a party record…Mr. Jukebox I made for me. That record was for me — this one’s for everybody.”