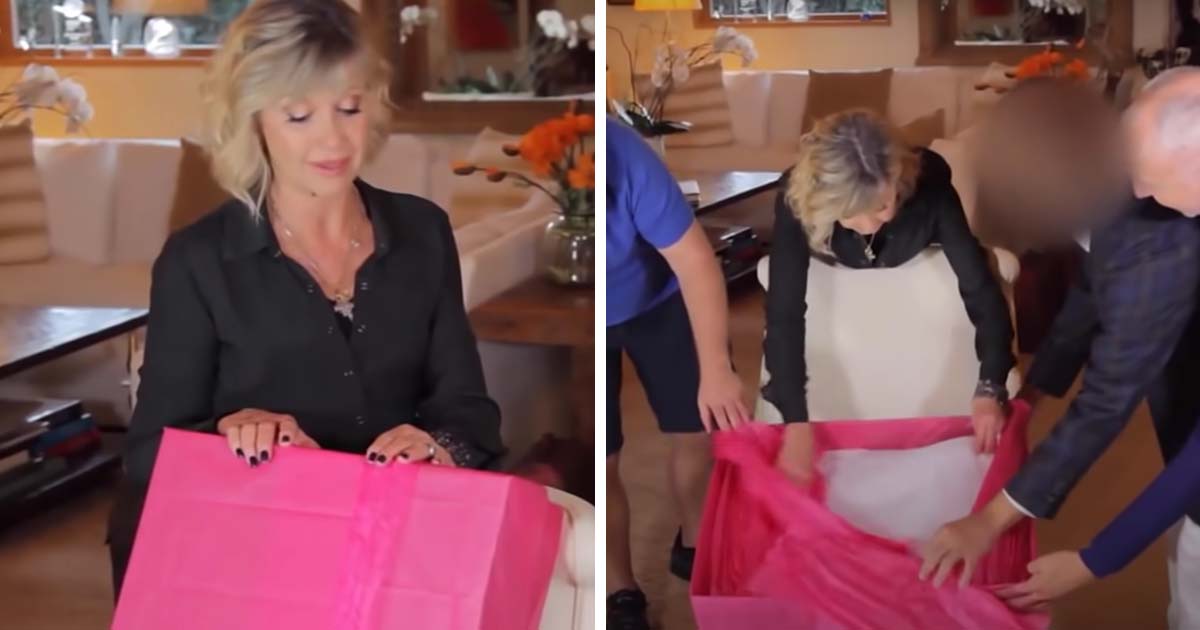 When singer-songwriter and actress Olivia Newton-John sold the iconic black leather jacket she wore for the finale of the musical film Grease, she believed it was forever gone.

The leather jacket and the skin-tight trousers she wore during the film’s closing performance of “You’re the One That I Want” were the top-selling items in Julien’s Auctions that happened in 2019. The pair sold for $405,000, more than double the auction estimate – with the black leather jacket alone, being sold for $243,200.

But the buyer, who claimed to be Newton-John’s number one fan, had better things in mind.

The Actress Got The Biggest Surprise

While the iconic leather jacket belonged to a new owner, it was returned to the rightful one. In the video, Olivia Newton-John looked stunned when she realized what was in the bright pink, gift-wrapped box.

The mystery purchaser, a billionaire who wished to remain anonymous, said to the actress: “This jacket belongs to you and the collective soul of those who love you, those for whom you are the soundtrack of their lives.” He added that it should not just be sitting in a billionaire’s closet.

RELATED: ‘Grease’ is Under Fire, Critics Want It Taken Down From Screens. Here’s Why!

His face was blurred to hide his identity, but the auction house confirmed him to be a doctor and a medical technology entrepreneur. Newton-John can’t help but give him one big hug!

Other noteworthy items during the Newton-John auction in Beverly Hills, California, were the actress’s custom-made “Pink Ladies” jacket – with her character name “Sandy” monogrammed on it. There’s also the actress’s original script from the film and a Grease movie poster with Newton-John and her co-star John Travolta‘s signature.

Some of the proceeds will go toward the Olivia Newton-John Cancer Wellness & Research Centre. The actress revealed she is battling cancer in 2018, her third diagnosis in three decades.

Reba McEntire Sings a About Marital Conflict and Children

Lord’s Prayer Is The Paradigm of Christian Prayers

Michael W. Smith Renders an Incredible Performance of “Above All”

Country Music On Tiktok? These Artists are Innovating!

Country Music On Tiktok? These Artists are Innovating!

Bindi Irwin Still Gets Emotional Whenever She Remembers Her Dad, Steve Irwin

Bindi Irwin Still Gets Emotional Whenever She Remembers Her Dad, Steve Irwin