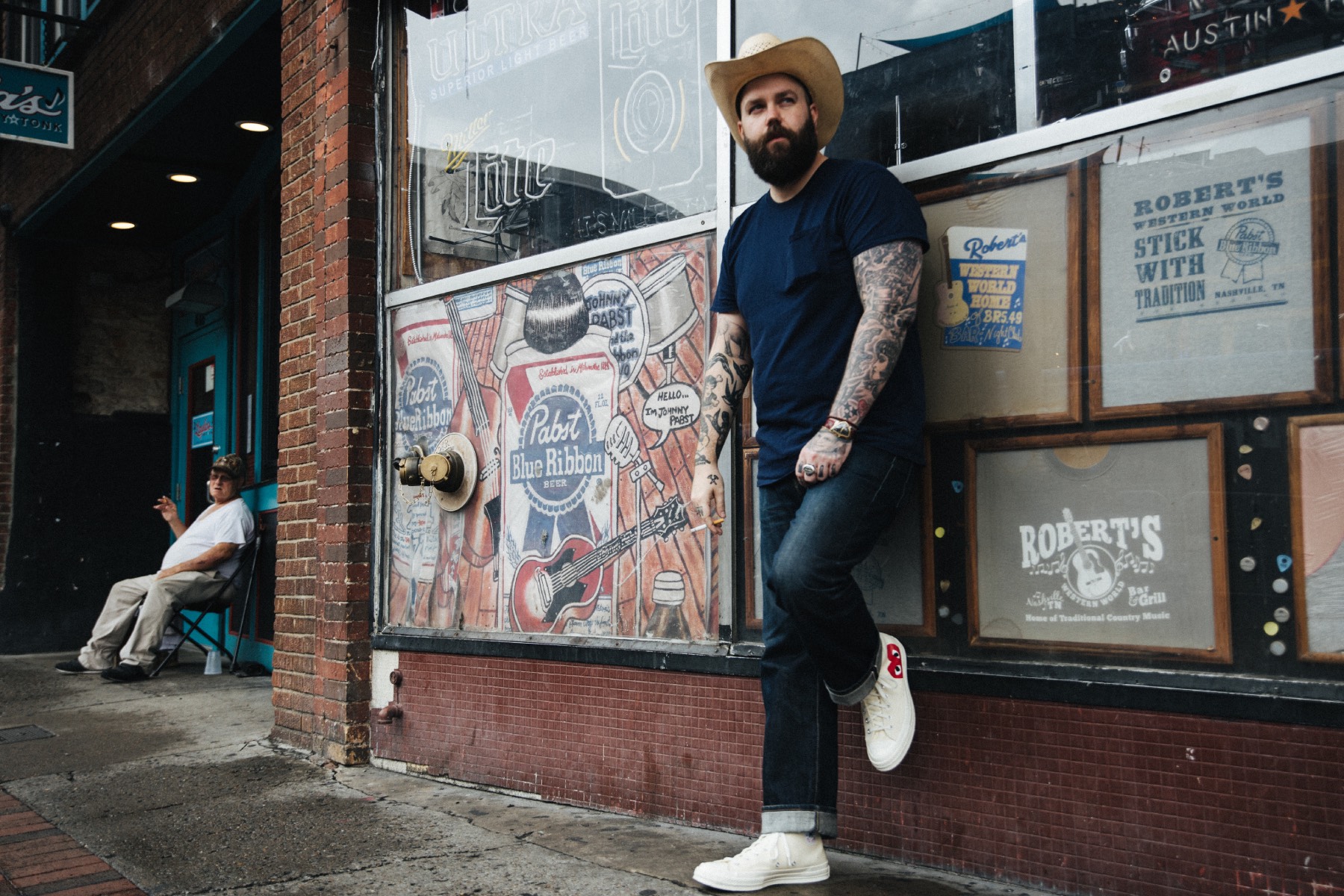 When it came time for Joshua Hedley to begin work on his second album, the polished Nineties country homage Neon Blue, the neo-traditionalist had only one guiding principle: make a record to be played on a pontoon boat.

“After these last couple years we’ve had, I felt like I didn’t want to hang my sad-sack, typical brand on people,” Hedley says. ‘I wanted to make a record that people could party to.”

Part of this was an artist’s desire to avoid self-repetition. Hedley’s 2018 debut, Mr. Jukebox, was a melancholy, studied interpretation on Sixties countrypolitan that leaned heavy on ballads. This time, the walking country-music encyclopedia wanted to tackle an entirely different subset of the umbrella genre. “Let’s have fun — that became an edict for us,” says Skylar Wilson, who co-produced Neon Blue with Jordan Lehning. “We just didn’t want to make a bummer album.”

For the change of pace, Hedley turned toward the hard-charging, fiddle-heavy sounds of Nineties country singers like Alan Jackson and Joe Diffie, whose death from Covid in 2020 Hedley cites as the primary inspiration for Neon Blue. The album, out on New West Records, is a curious and considered celebration of country music from the late Eighties to mid Nineties. The stuttering stomp of “Broke Again” evokes Jackson’s “Chattahoochee” and the fiddle intro to “The Last Thing in the World” calls to mind Rodney Crowell’s “I Couldn’t Leave You If I Tried,” while “Bury Me With My Boots On” is all Brooks & Dunn bravado.

Neon Blue marks the latest moment for the ongoing critical and commercial resurgence of the Nineties Nashville sound. In the last few years, singers like Kane Brown, Jon Pardi, and Carly Pearce have tapped into the tones of such icons as Randy Travis, Dwight Yoakam, and Lee Ann Womack, streaming corporations have invested in the era’s nostalgia, and left-of-center singer-songwriters like Sam Outlaw, American Aquarium, and Izaak Opatz have all paid homage to the decade’s commercial hitmakers on their own records. The Grand Ole Opry just announced its own “Opry Loves the ’90s” programming for 2022, but the trend has been brewing for some time. Back in 2018, Walker Hayes turned the era’s most classic hits into a cheeky homage called “90’s Country” (“You make me feel like Nineties country,” goes the chorus).

And most noticeably? Fiddle is back. It’s all over Neon Blue. Jenee Fleenor, the three-time CMA Musician of the Year, was recruited to play on Hedley’s latest. “I remember getting hired to play on sessions [ten years ago] where people would say, ‘We want fiddle to be on this, but we just want long notes and nothing to stick out on the track,” she says. “These days are much different, and a lot of the tracks I play on now are very fiddle-forward… I think we’re in a place now where people are longing to hear those traditional sounds again.”

Hedley’s own relationship with the time period has been long-evolving. Growing up in Florida, he was already playing fiddle by the time he entered grade school in the early Nineties and began performing with older musicians, many of whom disdained the commercial country of the Nineties.

Taking a cue from his elders, Hedley himself treated country radio hits at the time with skepticism, yet he connected with a certain subset of the era’s Nashville stars. “I was a Joe Diffie guy, but I wasn’t a Kenny Chesney guy,” as he puts it. As he got older, he began to learn about the radical production of artists like Shania Twain, and in recent years he’s come to appreciate the full scope of the era’s musicianship and songcraft.

Neon Blue is merely the latest broadening in the singer’s studious mastery of the all-encompassing genre. (Don’t call Hedley anything but a country singer, as he warns in the album track “Country & Western.”)

“As long as it’s country music,” says Wilson, “Josh can come in and just do it.” When Fleenor noticed that Hedley had a Bob Wills tattoo on the back of his hand, her jaw dropped. “[Josh] said, ‘I know Bob Wills’ music like the back of my hand!” she says.

Long before Hedley settled on the group of songs that would become Neon Blue, he and Wilson were sifting through the catalogs of Nashville legends like Harlan Howard looking for rarely heard gems, with the idea to make an album even more historically minded than Mr. Jukebox. They scrapped that when New West approached Hedley with the offer of a deal.

“When New West asked me to make a record, obviously my first thought was, ‘Holy shit, yes,’” Hedley says. “And then, immediately, my second thought was, ‘Shit, I don’t have any fucking songs or ideas.’”

For inspiration, Hedley turned to songwriter Carson Chamberlain, who co-wrote tunes by Alan Jackson and John Michael Montgomery. He, in turn, connected Hedley with a group of younger songwriters named Wyatt McCubbin and Zach Top. Various combinations of those four writers banged out the eleven Neon Blue originals, with no song taking more than 30 minutes to write.

By the time Hedley arrived at the studio with a set of acoustic worktapes, the musicians assembled all understood the assignment without even having to name it.

“We never even had to say ‘Nineties,’” Wilson says. “We didn’t really have to push hard to be quote unquote ‘Nineties.’ The material was already there.”

Hedley sees the Nineties revival as a combination of nostalgia, a generational changing of the guard, the simple passing of enough time to make 1995 feel like a fully bygone era, and a commentary on what he views as the sad state of contemporary country music. He thinks the trend is only going to rise from here, and hopes that Neon Blue plays some part in that ongoing resurgence.

Still, he maintains that one wish: “I hope people play it really loud on their boats this summer.”