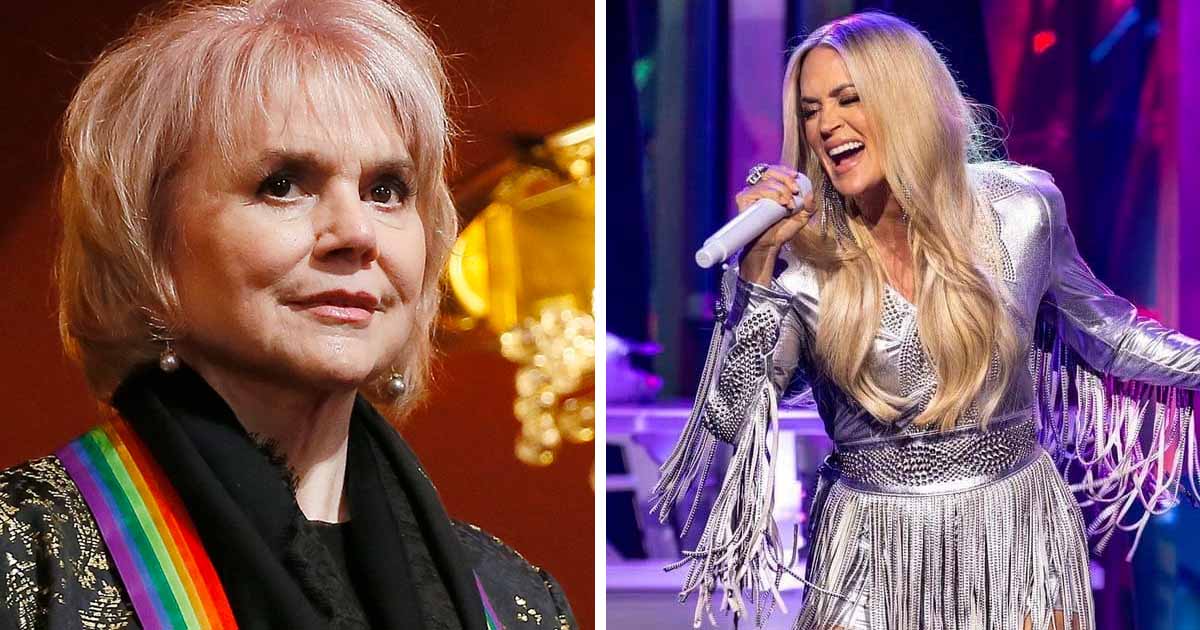 In December 2019, a star-studded celebration of the 42nd annual Kennedy Center Honors took place in Washington, D.C. And we found one moment that truly standout. That was when Carrie Underwood took the stage to honor Linda Ronstadt with an extraordinary rendition of “Blue Bayou” and “When Will I Be Loved.”

Dressed in a silvery-blue gown, the award-winning country star kicked off her performance with a stunning rendition of Ronstadt’s signature song, “Blue Bayou” – a happy song about being on the road and was originally recorded by Roy Orbison. Once she finished that song, Underwood took things up a notch when she belted out “When Will I Be Loved,” which was first brought to fame by the American rock duo Everly Brothers.

Underwood’s performance was met with a round of applause and several dazzling smiles from the star-studded audience, including Thomas Rhett, Trisha Yearwood, Rita Wilson, and so much more. Before taking the final vow, Underwood then blew kisses to the Grammy-winning Rock & Roll Hall of Famer, who could be seen beaming on the balcony.

Linda Ronstadt And Her Legendary Accomplishments

Even before Carrie Underwood graced the stage in honor of Linda Ronstadt, her achievements were detailed by yet another legend, the Eagles’ Don Henley. “Linda owned each and every genre she explored,” he said.

Underwood also praised Ronstadt before the ceremony, expressing her admiration for the music legend for her ability in doing whatever she wanted and singing music that she felt was true to her.

Make sure to watch Underwood’s performance of “Blue Bayou” and “When Will I Be Loved” to pay tribute to Ronstadt’s contributions to popular music.

Do you Remember When The Country Music Hall of Fame Opened?

Mind- Blowing Acapella Rendition of “Mary Did You Know”

The Story Behind the Hit: “Don’t Fight The Feelings Of Love” By Charley Pride

The Story Behind the Hit: “Don’t Fight The Feelings Of Love” By Charley Pride

“A Girl Like You”: Easton Corbin’s Last Song with Mercury Nashville

“A Girl Like You”: Easton Corbin’s Last Song with Mercury Nashville