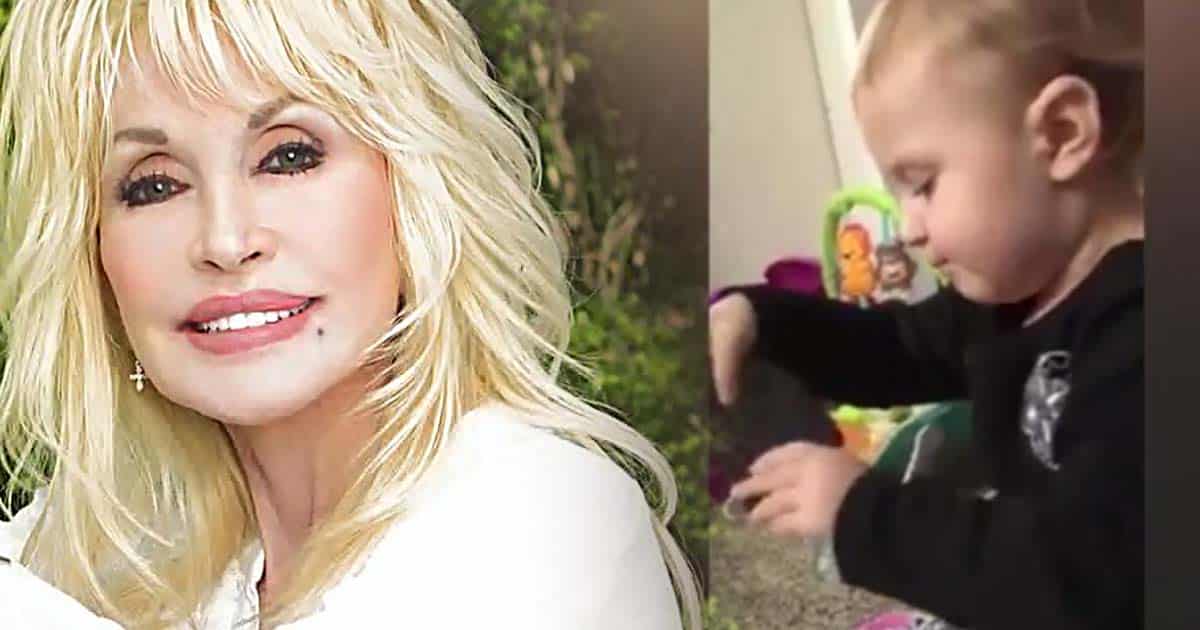 Dolly Parton’s “Jolene” has become the most covered and recorded by other artists than any of her songs – and we got a cover that we never knew we needed!

In a clip we found, a two-year-old Sophia Kingsley can be seen belting out the broken-hearted anthem at the top of her lungs while playing in her room. The little girl from Lansing, Michigan, took a few liberties with the lyrics, though. Rather than the infamous “Jolene,” it seems like Sophia was singing “Darlene.” But the next thing that followed came out crystal clear – Sophia used all her might, pleading, “please don’t take my man.” The little girl put even more effort as her little performance went on.

Dolly Parton wrote and released “Jolene” in 1973 as the first single and title track from her album of the same name. It has since become one of her most enduring hits.

Her Rendition Captured The Hearts Of Millions Around The World

Sophia Kingsley’s precious performance was captured by none other than her mother, Brooke Kingsley, who then took to Facebook to share the priceless moment. Since then, it has been shared widely on social media and was even picked up by different country music stations. As of writing, the nearly one-minute video now has more than 7.8 million views.

Sophia was quick to capture the hearts of millions around the world. Among her fans is the country queen herself, who shared the video on her official social media page. “It warms my heart to see how music reaches even the littlest country music fans,” Dolly Parton wrote in the caption, hoping that she’ll see little Sophia on the prestigious stage of the Grand Ole Opry someday.

Make sure to watch it below and be impressed by what this toddler can do.

A Hymn of Faith and Healing, “Touch the Hem of His Garment”

“Let’s Stop Talkin’ About It”, Let Janie Fricke Sing Instead