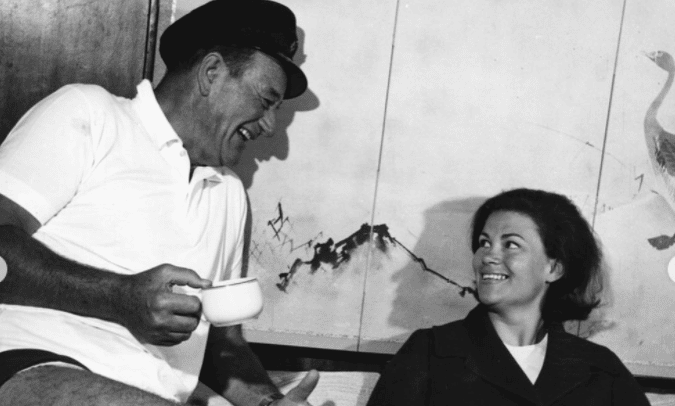 John Wayne’s social media page has announced the death of his daughter, Melinda Wayne Munoz. She passed away unexpectedly this week at the age of 81.

The statement has described Melinda as “warm, welcoming, and passionate” and can make anyone around her laugh. However, the circumstances surrounding her death were never made public upon posting.

John Wayne‘s youngest child, Marisa Wayne, also took to social media to pay tribute to her late sister – remembering her as someone with “so much love, laughter, and support.” “I have no words to describe our loss,” she wrote.

Melinda And Her Life As The Daughter Of A Popular Icon

Born on December 3, 1940, in Los Angeles, California, Melinda Wayne Munoz was the fourth among John Wayne’s seven children – however, she’s the youngest child from the actor’s first marriage to Josephine Saenz.

Being the daughter of a popular icon, Melinda had the opportunity to appear on the big screen. Together with her siblings, Melinda played an uncredited role of a girl on a wagon at a horse race in the film The Quiet Man – when she was only twelve years old. However, Melinda never pursued acting.

Regardless of her parent’s divorce, Melinda developed a loving relationship with her popular father, whom she described as a wonderful man who raised them normally despite his fame and success. “He was a man of honor. I loved being my father’s daughter,” she said.

A post shared by John Wayne “The Duke” (@johnwayneofficial)

RELATED: Who Is John Wayne? Meet The Iconic Cowboy of Western Films

She also once talked about her parents’ relationship after their divorce, appreciating how both of them greatly played their roles in raising them up even though they are no longer married. She remembered her mother as someone who never talked ill about her father, while Wayne was hugely respectful and appreciative of his then-wife.

In 1964, Melinda married Gregory Robert Munoz, and the two were blessed with five children and fourteen grandchildren. However, the couple divorced twenty-one years later.

Our hearts go out to Melinda’s family during this time of sorrow.

The Collaboration of Dwight Yoakam and Patty Loveless

2019 CMT Awards: Everything You Need to Know

2019 CMT Awards: Everything You Need to Know