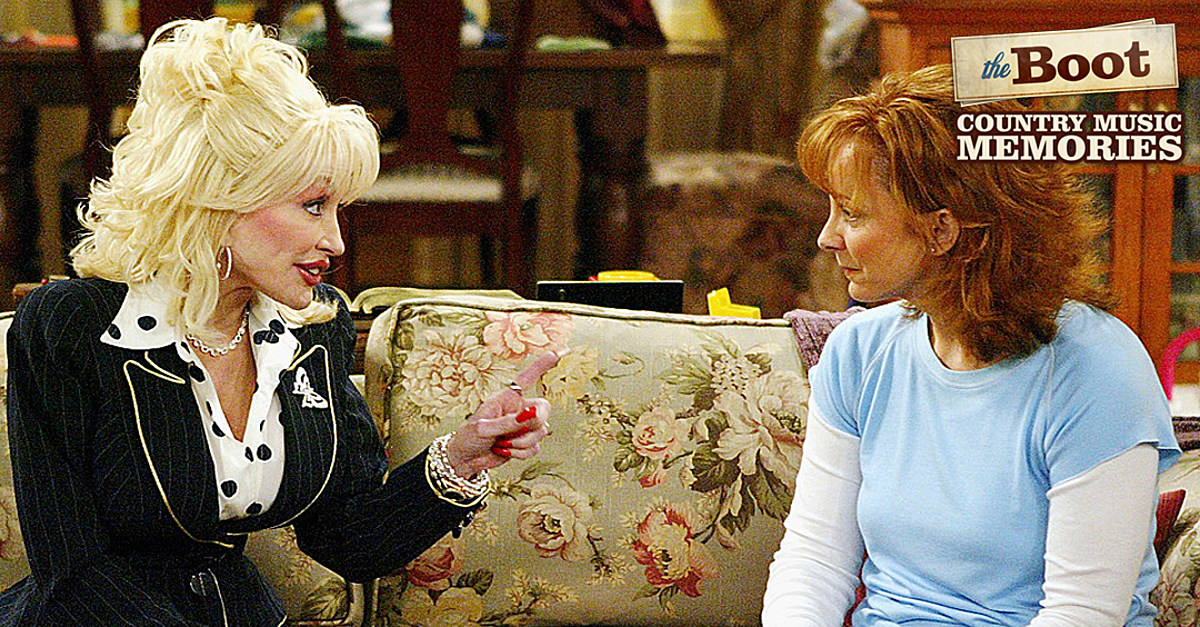 Dolly Parton and Reba McEntire are two of the all-time queens of country music, and they have both pursued successful acting careers. But 17 years ago today, on April 15, 2005, the two teamed up for one special moment.

McEntire was in the fourth season of her smash sitcom Reba on the WB when Parton guested on an episode titled “Reba’s Rules of Real Estate.” The country legend was cast as Dolly Majors, the ruthless owner of a real estate agency at which McEntire’s character, Reba Hart, lands a job.

As the episode goes on, Hart begins to see behind Majors’ sweet facade and realize how cutthroat she is. She comes to find out that if those are the requirements, maybe working for such a power player is not the right move for her after all.

McEntire and Parton have teamed here and there for one-off musical performances over the years, too, and in an interview with E! in 2017, McEntire said she’d love to tour with Parton.

“Wouldn’t that be a hoot? Yeah, I would consider that in a heartbeat,” she said, fondly remembering their prior work. “I love Dolly Parton. When I was doing the Reba TV show, Dolly spent the whole week with us on set. She was one of the guest stars and that’s the last time we really got to sit down and visit.”

When the interviewer asked if she would be interested in doing a Thelma & Louise-type movie with Parton, McEntire didn’t hesitate.

“Absolutely!” she exclaimed. “Sure I would. Anywhere you can go in the world and you say Dolly — you don’t have to say Dolly Parton — everybody knows Dolly and everybody loves Dolly. Why wouldn’t you want to hang out with her?”

Country Music’s Most Powerful Women of All Time: