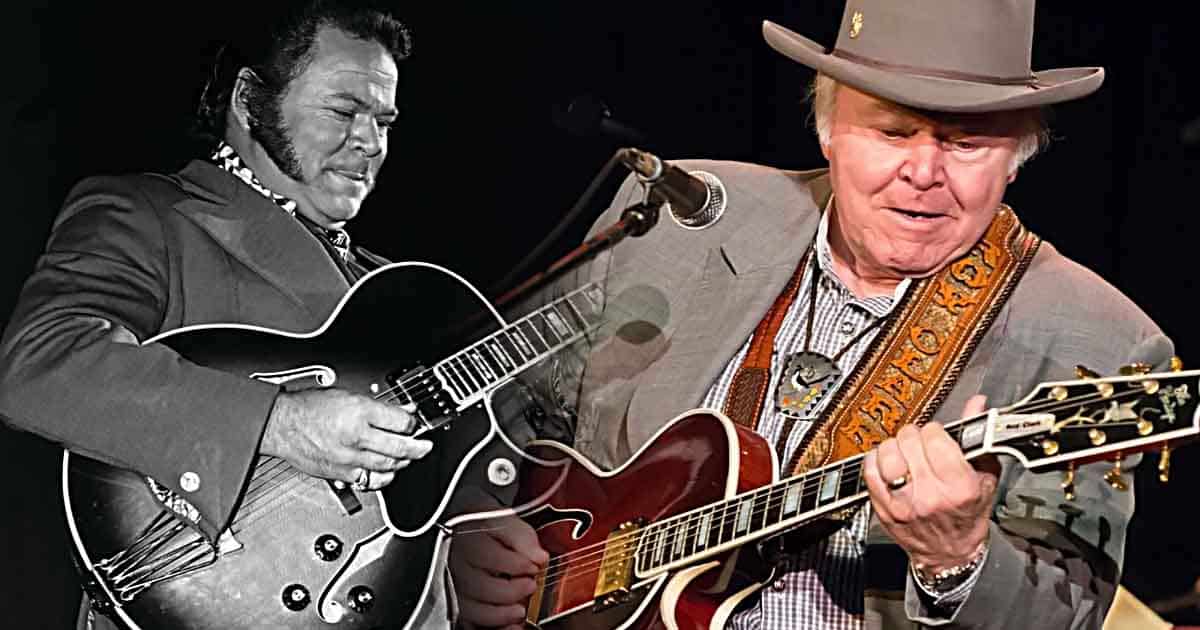 Roy Clark has definitely left behind an incredible stature as a musician, singer, and comedian. Roy Clark songs did not only gain the affection of millions of country fans but also the respect of his fellow performers.

RELATED: Here Are Some Facts About Roy Clark, One Of The Most Important Figures In Country Music

Born into a musical family in Meherrin, Virginia, Clark has built a successful recording career that spanned more than five decades – thanks to his skillful guitar playing and lively personality. In addition to that, he also had a decade-defining success in television as co-host of the popular musical-comedy series Hee Haw from its beginning in 1969 until 1997.

For Roy Clark‘s contributions to both music and television, let’s look at some of his greatest hits. Keep on scrolling below.

1. Come Live with Me

Clark asking his lover to be his wife turns out to be a big hit, becoming his only No. 1 on Billboard’s Hot Country Songs chart, where it stayed for a total of sixteen amazing weeks. It was written by husband-and-wife songwriting team Felice and Boudleaux Bryant. The couple was among the first in Nashville to make a full-time career in songwriting.

Ever since Ray Charles released the song in 1967, it has become a country music standard. Several notable artists covered the song, including Nancy Sinatra, Johnny Duncan, and Clark. His version entered Billboard’s Hot Country Songs chart, where it stayed for seven weeks.

In this poignant song, Clark found himself being the youngest of three children from a deprived sharecropping family. He remembers his mother and siblings picking cotton while his father, a coal miner, succumbed to an untimely death.

Eventually, he left the farm life behind – never to return again. From then on, the man lived a wild, reckless lifestyle that later landed him in jail, where he was sentenced to death by hanging.

4. The Tip of My Fingers

Ever since Grand Ole Opry regular Bill Anderson recorded the song in 1960, several country artists followed – this includes Clark. The song was his first chart single, peaking at No. 10 on the Billboard Hot Country Songs chart. His version was also a crossover hit, reaching No. 45 on the pop charts.

In the song, Clark finds himself lamenting about his lover and their relationship that has become destructive and unhealthy. The man revealed how his woman spent his small fortune and broke his spirit to the point of disgrace. Nevertheless, he loved her enough to endure her hostile behavior and quietly hoped that she would change.

6. Yesterday, When I Was Young

“Yesterday, When I Was Young” – which tells how one wasted his younger years on reckless pursuits – was originally recorded as a French song. It was later translated into English and was covered by various artists in the United States, with Clark’s version being the best-known one. It became his biggest hit on the country chart and was his only top-40 hit on the pop chart.

Written by Vaughn Horton, the song was a satirical response to television’s rural purge in the early 1970s when a number of still-popular television shows were canceled in favor of shows that were believed to attract younger demographics. Hee Haw and The Lawrence Welk Show were among those shows that were canceled by their networks.

While Clark’s version of this semi-autobiographical tale of growing up in Durham, North Carolina, did not achieve massive success like his other songs – it was one of his underrated singles where he showcased his gift for music.

9. What a Wonderful World

Clark released his version of the song as the title track of his 1989 album. It was first recorded by Louis Armstrong, whose version was inducted into the Grammy Hall of Fame. Since then, the song became a standard and reached a level of popularity.

In this song, Clark tells the Tennesseans to have a good time on a Saturday night – and it’s the best advice we’ve ever heard. In addition to Clark, several country artists recorded the song, such as Ernest Tubb, Jerry Lee Lewis, and Red Foley, who had the biggest success.

More Of Roy Clark Songs To Remember His Legacy

Truly, Roy Clark is one of country music’s finest multi-media stars. He played a major part in the genre that can never be forgotten. Check out some more of his songs below.

So, what do you think of this list of Roy Clark songs?

Chris Stapleton and Fender Team Up for an Amplifier

From Bocephus to Hank Jr, He Learned from the Best: Hank Williams

Indy Feek Remains a Bundle of Joy Despite Losing Her Mama, Best Friend, and Dog

A Genius Rendition of “Malagueña” By Roy Clark

A Genius Rendition of “Malagueña” By Roy Clark

Here Is Everything You Need To Know About Josh Turner

Here Is Everything You Need To Know About Josh Turner