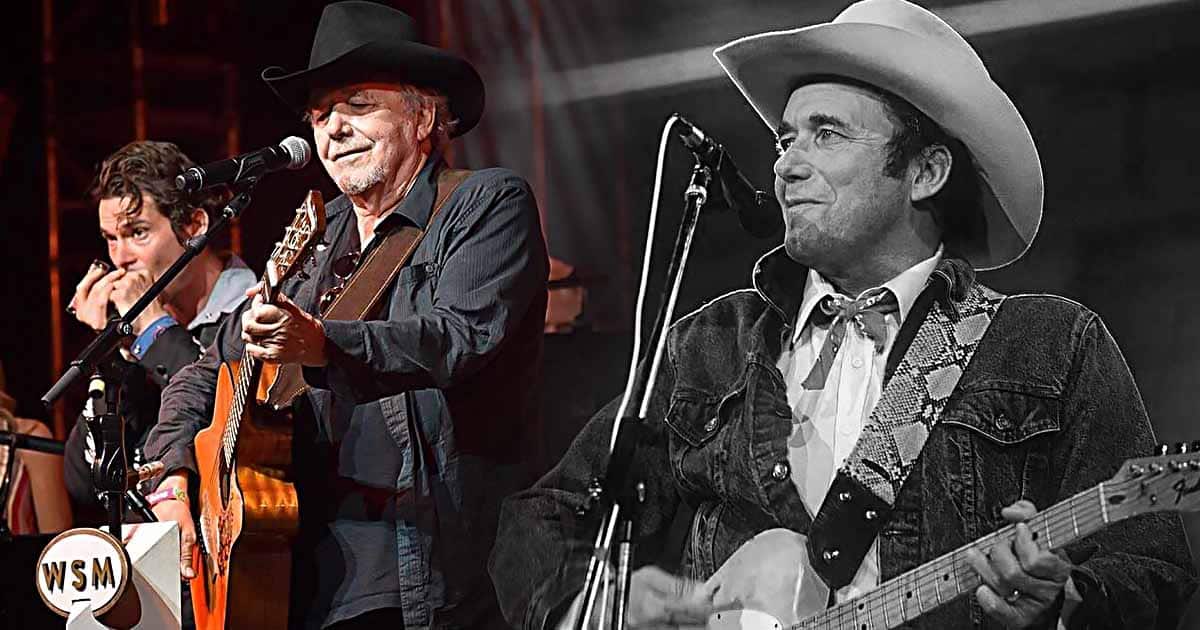 With his laid-back vocal style and a carefree, artistic approach, Bobby Bare has been known as one of the genre’s most unique artists. Between 1962 and 1983, Bobby Bare songs dominated the country charts – in fact, he charted nearly five dozen top-40 country hits.

Born in Ironton, Ohio, Bobby Bare developed an early interest in music that he built his own guitar out of a coffee can, a stick, and screen wires and used his imagination to make the sound better. It was no surprise when Bare pursued a career in music. However, in the 1950s, he had several failed attempts selling his songs. The few rock and roll songs he recorded did not have much chart success.

But with such talent, Bare is someone the industry can’t ignore. His biggest break came when a renowned country guitar player and producer, Chet Atkins, signed him to the RCA label. The first song he released sold nearly a million copies, pushing Bare to fame overnight.

Since then, he went on recording a variety of powerful material and performing live shows throughout the country. And today, we’re going to walk through some of his greatest hits. Keep on scrolling below and enjoy the catalog of one of country music’s most respected performers and recording artists.

In 1974, a live recording of “Marie Laveau” by Bobby Bare went to No. 1 on Billboard’s Hot Country Songs chart. The song tells the story of a fictional and nasty-looking witch living in the bayous of Louisiana within a hollow log – together with her one-eyed snake and a three-legged dog. Her name came from one of the world’s most famous voodoo practitioners, who could make men vanish with a horrifying screech.

Written by Shel Silverstein, an award-winning children’s writer who was also a prolific songwriter, “Daddy, What If” describes a father-and-son relationship. What makes the song special is that it features a five-year-old Bobby Bare, Jr. going back and forth, asking his father questions such as, “What if I stopped lovin’ you what would happen then.”

3. Drop Kick Me Jesus (Through The Goalposts Of Life)

Bare finds himself imagining Jesus as a divine football player who can send him soaring past the life’s temptation with one heavenly drop kick. It was written by Paul Craft, who admitted that there were quite a few people – including his mother – who believed that something was not right with a song that had ‘kick’ and ‘Jesus’ that close together in the title.

Originally recorded by Canadian folk duo Ian and Sylvia, Bare released a country arrangement of “Four Strong Winds.” The melancholic ballad reflects on a romantic relationship that’s about to end. The narrator then expressed his desire for a potential reunion in a new place in the future.

This country music standard was written and originally recorded by the legendary Tom T. Hall. It tells the story of a man who came to Memphis, searching for his former mistress – who most likely does not want to be found.

Bare released his version in 1970 and brought the song to No. 3 on Billboard’s Hot Country Songs chart.

6. (Margie’s At) The Lincoln Park Inn

Bare plays the role of a family man in this song as he describes the day-to-day domestic life. However, this is just all make-believe, as the song’s primary subject is about his recent adulterous relationship with a woman named Margie.

The simple repetitive lyrics of “500 Miles Away from Home” – which sings about a traveler’s lament for being away from home, penniless, and too humiliated to return – have been recorded by different artists in different languages. Bare’s version in 1963 was the most commercially successful one.

Another heavily covered country song, “Streets of Baltimore” tells the story of a husband who left his home to bring his wife to where she wanted to be – and that’s none other than Baltimore. Unfortunately, his wife fell in love with Baltimore nightlife more than him, and he ended up coming back to his Tennessee farm without her.

Bare’s first Top 10 hit on the Billboard Hot Country Songs chart, “Detroit City,” resonates with anyone who ever moved far from a rural home. It became a genre standard, best known as a working man’s complaint.

“A Dear John Letter” has been covered by several performers, including Bare, who enlisted Skeeter Davis to release it as a duet. Their version resulted in a No. 11 country hit.

Here are some more songs from the multi-award-winning musician that helped him propel into the Country Music Hall of Fame.

Truly, Bobby Bare songs are among the best in country music.

Did You Know Garth Brooks’ “Unanswered Prayers” Was Based On A True Story?

Check Out These Creepy Country Songs For Your Knee-Trembling Playlist

Check Out These Creepy Country Songs For Your Knee-Trembling Playlist

Winning the Country Community, “Back Home Again” by John Denver

Winning the Country Community, “Back Home Again” by John Denver

Here Are Some Facts About Don Gibson, The Songwriter Famous For Country Standards

Here Are Some Facts About Don Gibson, The Songwriter Famous For Country Standards

Remembering The Death of Merle Haggard, One Of The Most Successful Country Singers

Remembering The Death of Merle Haggard, One Of The Most Successful Country Singers

Emily Nenni Invites You to Join Her ‘On the Ranch’ on New Song
Chris Stapleton Meets 6-Year-Old Fan With Special Needs In Kentucky Walmart, Her Mom Says “It Was So, So Special”
Walker Hayes Wanted to Quit Amid ‘Fancy Like’ Success
John Moreland Challenges Longtime Fans on New Album ‘Birds in the Ceiling.’ He’s OK With That
WATCH: Carrie Underwood Brings ‘Ghost Story’ to ‘CMA Fest’