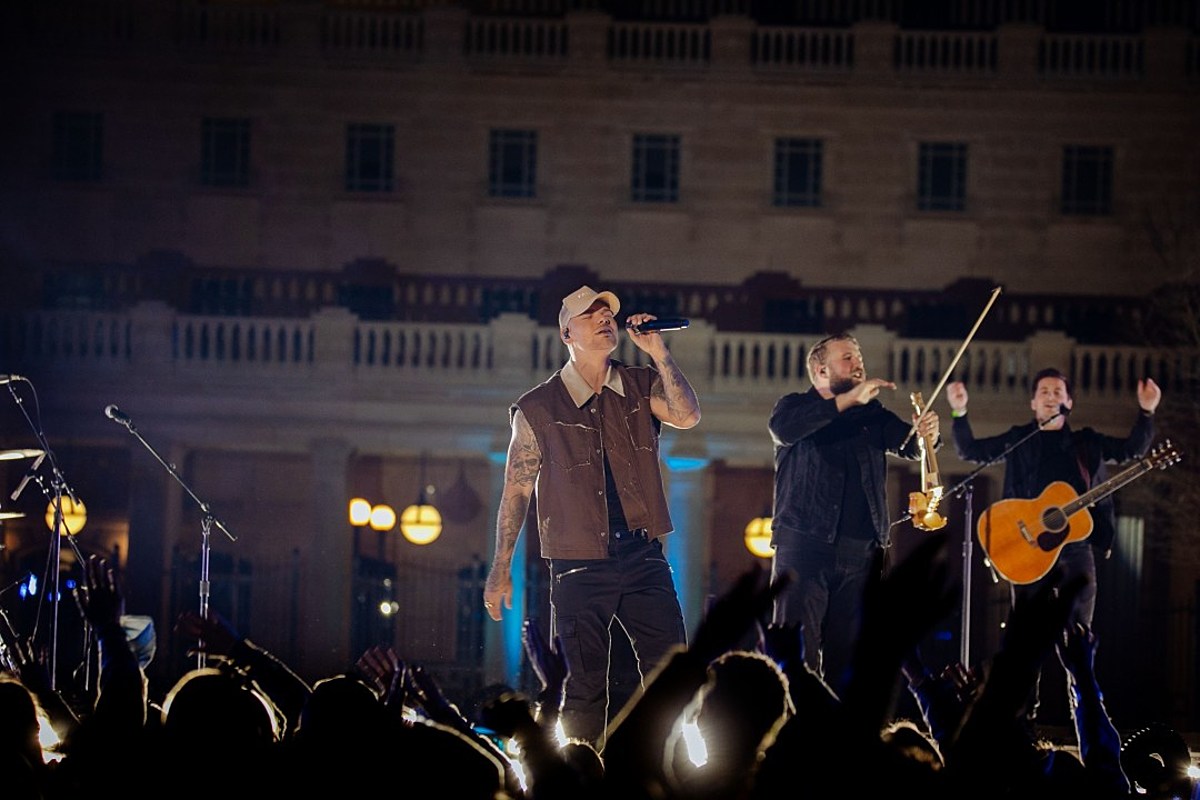 Kane Brown took to the stage at Nashville’s Walk of Fame Park to perform his latest hit, “One Mississippi,” during the CMT Music Awards on Monday night (April 11). The performance took place at an outdoor stage in front of the Schermerhorn Symphony Center.

The performance began with the country hitmaker getting out of a black car and walking up to the stage, making it seem like he quickly drove over there on a break from co-hosting the awards.

Once he joined his band onstage, Brown kicked off the upbeat tune, turning Nashville’s Walk of Fame park into a party. The hit singer-songwriter packed arena-ready energy into the performance, and the crowd responded by waving their arms and singing along. Brown extended the bridge of the song to allow the crowd to sing, and a spirited fiddle solo added to the impressive performance.

The country star released “One Mississippi” in August 2021 from a yet-to-be-released new album. The tune was written by Brown, Ernest K. Smith, Jesse Frasure and Levon Gray — it actually gave Gray his first chance at writing a hit, and it earned him a publishing deal with Brown’s record label.

The song became Brown’s seventh No. 1 hit at country radio in March.

Brown came into the 2022 CMT Awards as the most-nominated artist, with nods for Video of the Year, Male Video of the Year and two nominations for CMT Performance of the Year. He was also called in to co-host awards show at the last minute alongside Anthony Mackie, as original co-host Kelsea Ballerini was diagnosed with COVID-19.

The 2022 CMT Music Awards aired live from Nashville on CBS, the show’s first time airing on a major network.