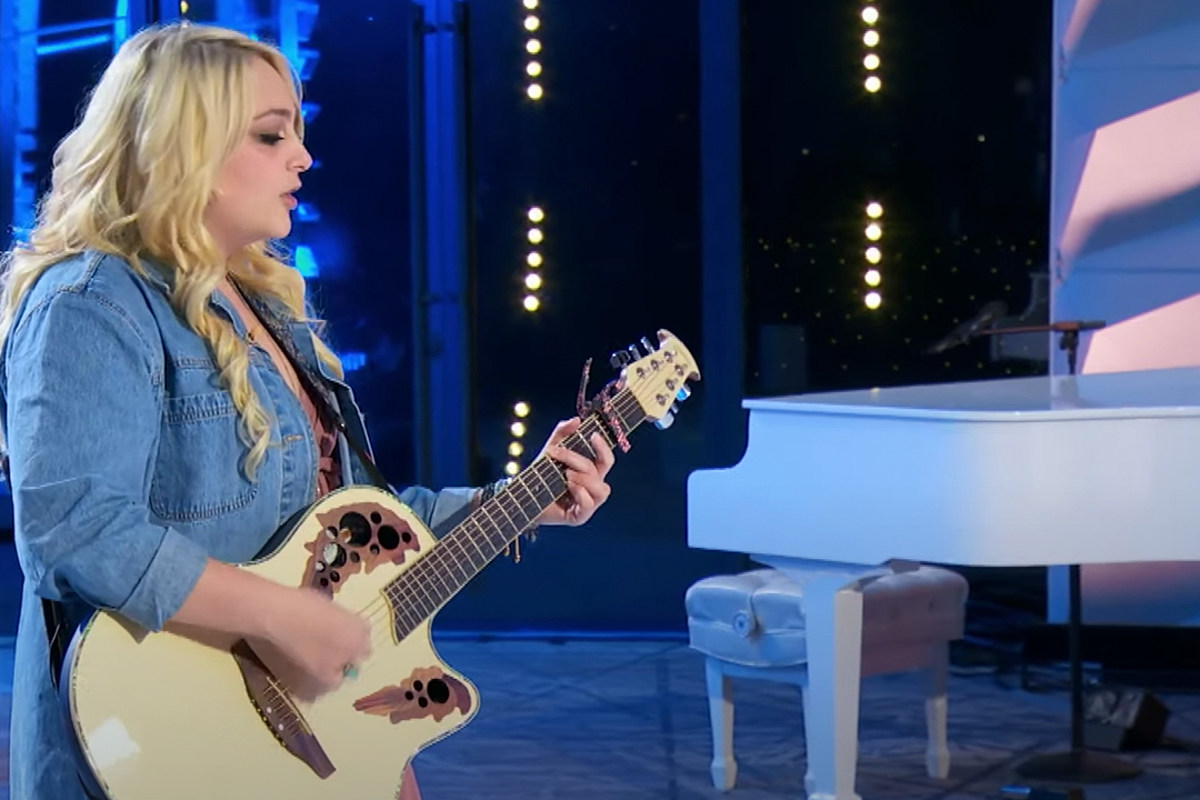 American Idol is back! The hit reality singing competition returned with its Season 20 premiere on Sunday night (Feb. 27), kicking off its first round of auditions with a slew of singers hoping to make it through to Hollywood.

Celebrating its fifth consecutive season on ABC, Ep. 1 already had viewers on the edge of their seats, thanks to a brand new twist known as the Platinum Ticket. The new tool gives hopefuls a chance to bypass Hollywood Week. Only nine artists will receive a Platinum Ticket throughout the season, which makes audition stops in Los Angeles, Austin and Nashville.

Hunter Wolkonowski, 23, of Winchester, Tenn. — who goes by the stage name of HunterGirl — was not a recipient of the Platinum Ticket. However, her performance of Rascal Flatts’ “Riot” showed promise, earning her a Golden Ticket and a round of applause from all three judges, Luke Bryan, Katy Perry and Lionel Richie.

Even Bryan took a moment to run laps around the set and rolled up his arm sleeves to show Perry his goosebumps.

“You’re like a new-age Miranda Lambert,” Bryan noted before challenging HunterGirl to try the Rascal Flatts smash in a different key. “I tell you what, I don’t even think you were in the right key for that song. I think you could go up a half-step. Do me a favor and slide your capo up a half chorus.”

“Someone check my temperature!” Perry yelled after HunterGirl took Bryan’s advice, covering the tune with even more pizazz.

Aside from showing off obvious vocal talent, HunterGirl melted the hearts of not just the judges, but also viewers, as she shared her passion for assisting veterans going through PTSD (Post Traumatic Stress Disorder).

“When I’m not doing music for myself, I also work with veterans in music therapy. They tell me their stories of whatever they went through when they were in the war and I turn them into songs. It helps them deal with PTSD in their therapeutic process,” she explained.

“Your voice cuts through! It is like a sharp knife,” Perry raved of HunterGirl. “It’s just so nice to listen to. You can tell the story through and through. It’s authentic. You’re obviously a goodhearted person helping veterans. I mean, you check so many boxes.”

Only time will tell whether or not HunterGirl has what it takes to be the next American Idol. But, if her short and sweet audition is any indication, fans will be hearing from her a lot this season.

American Idol airs on Sundays at 8PM ET on ABC.