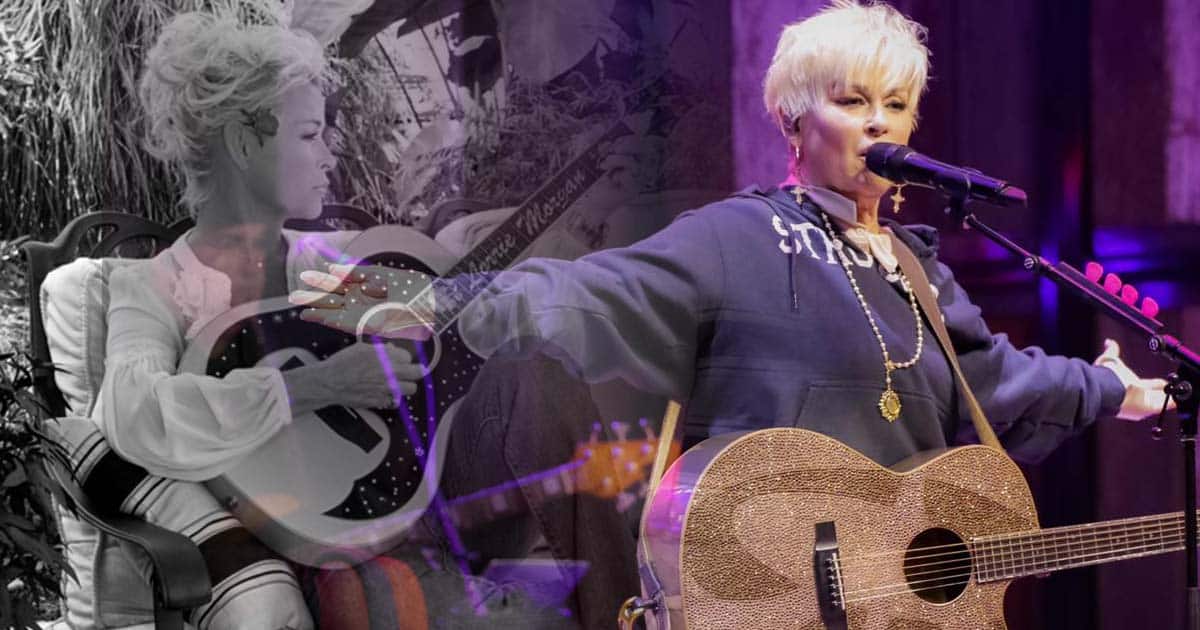 In all of country music, few songs are considered as timeless as Lorrie Morgan songs.

Being the daughter of country legend George Thomas Morgan comes with its perks. At the age of 13, Morgan started performing in public and made her Grand Ole Opry, where her “Paper Roses” performance earned a standing ovation. But despite starting at a very young age, Morgan did not reach stardom until the 1990s – releasing hits over hits.

All through her extensive singing career, Morgan has released more than twenty hit singles that dominated the top spot of Billboard’s Hot Country Songs chart, delivered more than a dozen of studio albums, and gained a huge fan following.

Of course, her turbulent personal life piqued the interest of many as well. She has been married a total of six times, with three of her husbands being famous country singers – including Keith Whitley, whose legacy she kept alive for many years.

So, without further ado, keep on scrolling below to stream these vintage country jams from Lorrie Morgan.

Morgan recorded “Five Minutes” for her debut album, and you can hear her working her way up. It went on to become her first No. 1 hit on Billboard’s Hot Country Songs chart.

Morgan finds herself approached repeatedly by a determined man in “What Part of No.” He sends her a rose, buys her a drink, and asks her to dance – unfortunately, she’s not interested despite his strong will and advances.

“Watch Me” is another country hit for Morgan, and it comes with an amazing music video where the country singer performs the song in a dance studio.

4. I Didn’t Know My Own Strength

This poignant ballad about losing sight of a dream turned out to be Morgan’s third and final No. 1 on Billboard’s Hot Country Songs chart.

Somewhere between Morgan’s first single and first No. 1 hit came “Trainwreck of Emotion,” which kicked off her career and brought her to stardom.

6. I’m Completely Satisfied With You

Morgan channeled the country legend power of her later father in her third single, which is a conversation between romantic partners. But what makes it a standout is that she chose to feature her father’s vocals on the song.

Morgan collaborated with her fifth husband, Sammy Kershaw, in the song “Maybe Not Tonight,” where their chemistry is evident as they tell the story of two struggling lovers.

Originally released by country singer Leon Everette, Morgan later covered “‘Til a Tear Becomes a Rose” as a duet with then-husband Keith Whitley. It was posthumously released in Whitley’s 1990 album Greatest Hits.

“Two People in Love” was released by Morgan as her very first single, and it introduced Morgan into the world. In 2006, Morgan re-released it on a short, eight-song album.

“Don’t Worry Baby” was one of The Beach Boys’ defining performances in 1964 and is perhaps the iconic rock band’s finest record. In 1996, they re-recorded the song with Morgan.

11. I Finally Found Someone

This is definitely one of the most iconic duets in music history. Morgan and Kershaw released their version in 2001, which absolutely swept our feet away.

Released as the first single from her album Shakin’ Things Up, “Go Away” reached No. 3 on Billboard’s Hot Country Songs chart.

In “Good as I Was to You,” Morgan finds herself angrily confronting her significant other after finding out he is dining with another woman. She expressed her disgust at how he cheated on her after all the good things she’s done for him. Now, she no longer wants anything to do with her former lover.

Morgan scored another country hit with her version of George Jones’ “A Picture of Me (Without You).” While it will forever be one of Jones’ signature songs, Morgan put a twist on it, pulling on our heartstrings just as much as she could as she delivers the heartbreaking message of the song. Her version has been a fan favorite for many years.

Morgan earned her first and only nomination for the Grammy Award for Best Female Country Vocal Performance – thanks to “Something in Red.” It tells the story of a woman who’s about to get married. She looks for particular colors for different parts of her wardrobe that would illustrate her personality.

Some More Lorrie Morgan Songs That Are Truly Killer Ballads

Indeed, Lorrie Morgan has been a country legend since birth, spending most of her life singing. We’re lucky we get to enjoy her music. Check out some more of her hits below.

So, which among these Lorrie Morgan songs are your favorite?