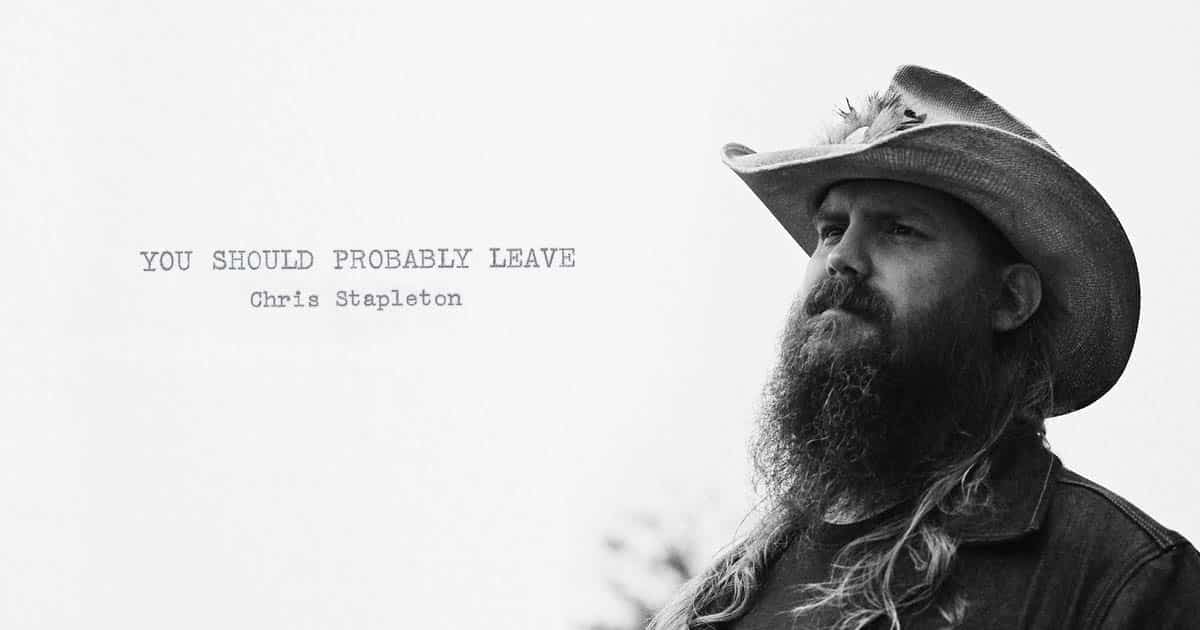 This bluesy, rootsy song has just landed No. 1 on Billboard’s Country Airplay chart. The achievement of “You Should Probably Leave” by Chris Stapleton comes nearly four years after the Kentucky native’s previous leader on the chart, “Broken Halos.”

The track has also been on the Hot Country Songs chart for multiple weeks, holding the second spot nice and strong.

It Is One Of Chris Stapleton’s Oldest Song

Written by Chris Stapleton with fellow Nashville songwriters Chris DuBois and Ashley Gorley, “You Should Probably Leave” was released as the second single off Stapleton’s 2020 ACM Album of the Year-winning project, Starting Over.

However, it’s actually one of the oldest songs of Stapleton. In fact, his earlier performance of “You Should Probably Leave” can be traced back to 2013, when the now multi-award-winning country hero was still unknown and two years before the release of his major-label debut album, Traveller.

Fast-forward to many years later, “You Should Probably Leave” started garnering a following on YouTube. Chris Stapleton’s wife, fellow singer-songwriter, Morgane Stapleton, convinced him that it’s high time for the song to be officially released into the world.

The country ballad tells the story of a man reunited with a former lover. Though their love story didn’t end well, he realizes the attraction is still there. However, he told her to step away before they wind up doing something they would later regret. But in a twist of fate, they end up spending the night together.

You can listen to “You Should Probably Leave” by Chris Stapleton in the video below, where you can hear the hallmarks of a country hit – like its complicated storytelling and of course, its surprise twist towards the end in the lyrics.

WATCH: Dustin Lynch’s ‘Fish in the Sea’ Video’s Beachy for Summer
Mel Tillis Sings “Ruby, Don’t Take Your Love to Town,” the Hit Song He Conceived for Kenny Rogers
Ryan Hurd Shows Off Skating Skills in ‘Pass It On’ Video
Kody West Is Back With Another Banger, “Falling”
Country Legend Charlie Daniels’ Gravesite Was Reportedly Vandalized