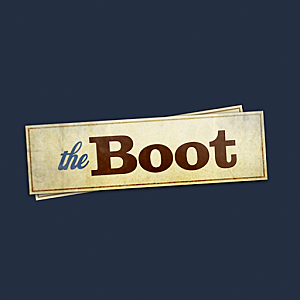 What do you do when the crushing pressures of a pandemic, the economic realities of an artist’s life, and making it in New York City weight down on you? You laugh it off of course — like in any good country song. In “Modern Man,” Elliah Heifetz marries contemporary pressures with classic honky-tonk for a rollicking good time.

A first-generation American born to political refugees from the Soviet Union, Elliah Heifetz comes from a centuries-long lineage of Jewish folk musicians in Eastern Europe. Unlike his ancestors, he was raised on food stamps in the Little Russia neighborhood of Philadelphia and grew up on the sounds of this strange, new land. After graduating from Yale with a degree in English Lit and a focus in Medieval poetry, Heifetz moved to New York City and became a composer/lyricist; he is now represented by CAA and has multiple country/folk musicals in Broadway development.

In late 2020, Heifetz connected with GRAMMY-nominated producer and fellow first-generation American Andrija Tokic (Alabama Shakes, Hurray for the Riff Raff.) Together at Nashville’s all-analog studio the Bomb Shelter, they created First Generation American, which finds Heifetz telling his most personal truths and confronting a life-long identity crisis. As with his musicals, Heifetz brings a touch of humor alongside bitter truths.

“Taking on the exasperated persona of the ‘Modern Man,’ this song is my attempt to rip pandemic-era pop culture a new one with as much of a wink in my eye as possible,” Heifetz tells The Boot. “I went for the kind of blistering blues rocker that evokes songs like ‘Choctaw Bingo’ and ‘Subterranean Homesick Blues.’ Lyrically, the character is a riff on so many of the absurd reactions and beliefs that have run through even the most reasonable people’s minds over the past two years. Stuff like: ‘GoPros, web shows, Venmos till I’m broke—no one‘s gonna pay me ‘cause they think I’m nonessential, guess I gotta gussy up and make an influential post.’ Actually, that lyric inspired the music video, in which I’m manically running around my neighborhood of the Lower East Side in Manhattan trying to get a good selfie.”

Why Kelsea Ballerini Doesn’t Co-Write Songs With Morgan Evans
Randall King Releases Live Acoustic Version Of “Baby Do,” Announces Live EP Coming This Month
Mickey Guyton Dazzles During PBS’ ‘A Capitol Fourth’ Special
Kody West Is Back With Another Banger, “Falling”
Adeem the Artist is Making Music on Their Own Terms