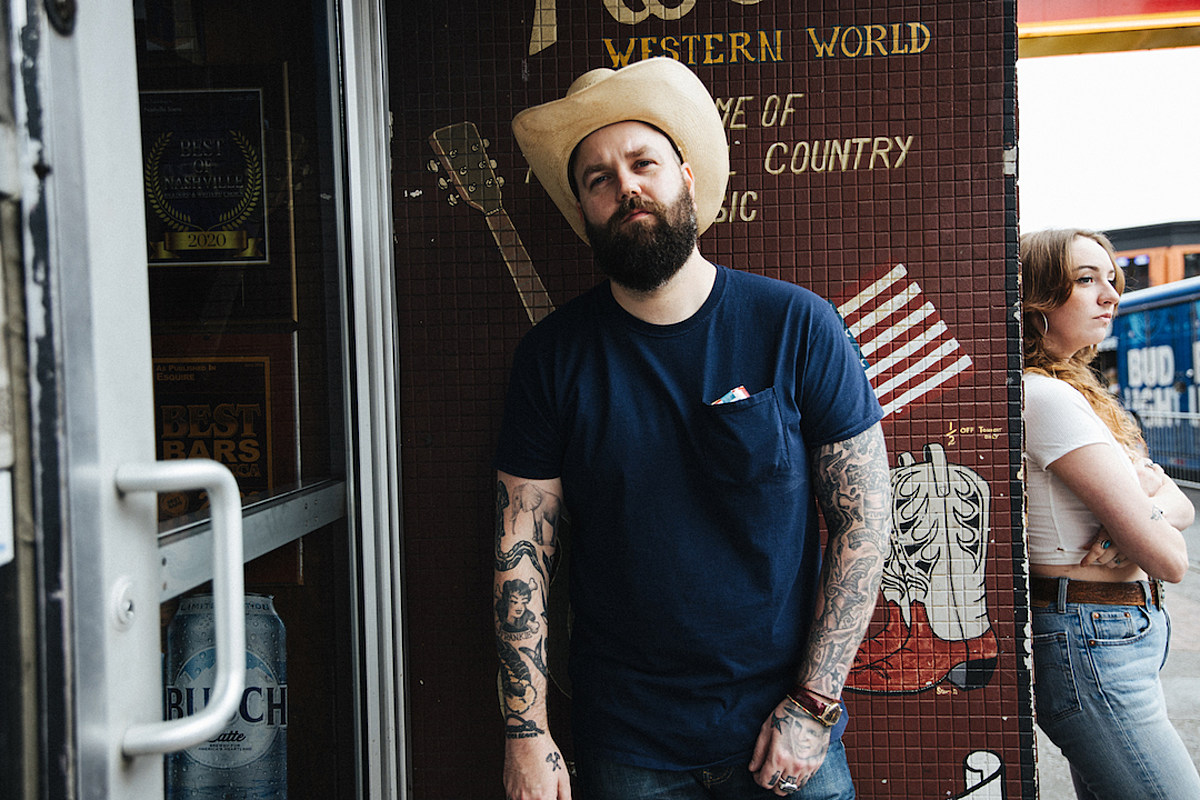 It feels like everyone is itching for a bit of comforting nostalgia these days, but it’s easy to fall short when trying to rekindle the magic of another time. With his new boot scootin’ new track “Neon Blue,” Joshua Hedley masterfully magnifies the sound of early 90s country through a modern lens.

“Neon Blue” is the title track and first single from Hedley’s upcoming sophomore album, due out April 22 on New West Records. The song introduces a different era for Hedley, who has become a stalwart of Nashville’s ever-shrinking traditionalist country scenes that’s anchored by Robert’s Western World, one of the few true honky-tonks left in the city.

His 2018 debut LP Mr. Jukebox drew heavy inspiration from the greats of country music in the 50s and 60s. This time around, Hedley looked back to the tail end of the neo-traditional era of country that spawned a new generation of talents — including artists like George Strait, Alan Jackson, Patty Loveless and Randy Travis — who drew their own inspirations from the genre’s early days. Artists like Jackson managed to mold their own sound in the early 90s, building off that traditional foundation but adding modern elements like the rolling electric guitar licks that made “Chattahoochee” a chart-topping success. Hedley taps into that evolutionary time period before pop elements and production took a heavy hold on the genre.

“The last bastion of country music was the early 1990s, roughly 1989 through 1996,” Hedley said in a statement. “You could turn on the radio and immediately know you’re hearing a country song. You could still hear steel guitar and fiddle. But there was a hard fork around 1996 or ‘97, when country veered off into pop territory. Neon Blue asks, What if that fork never happened? What if country kept on sounding like country?”

Produced by Jordan Lehning and Skylar Wilson, Neon Blue features 12 new tracks with accompaniment from some of Nashville’s best session players, a brilliant creative choice that echoes that of most chart-topping country artists in the early 90s.

You can find more information about Joshua Hedley and keep track of his 2022 plans by visiting his official website.