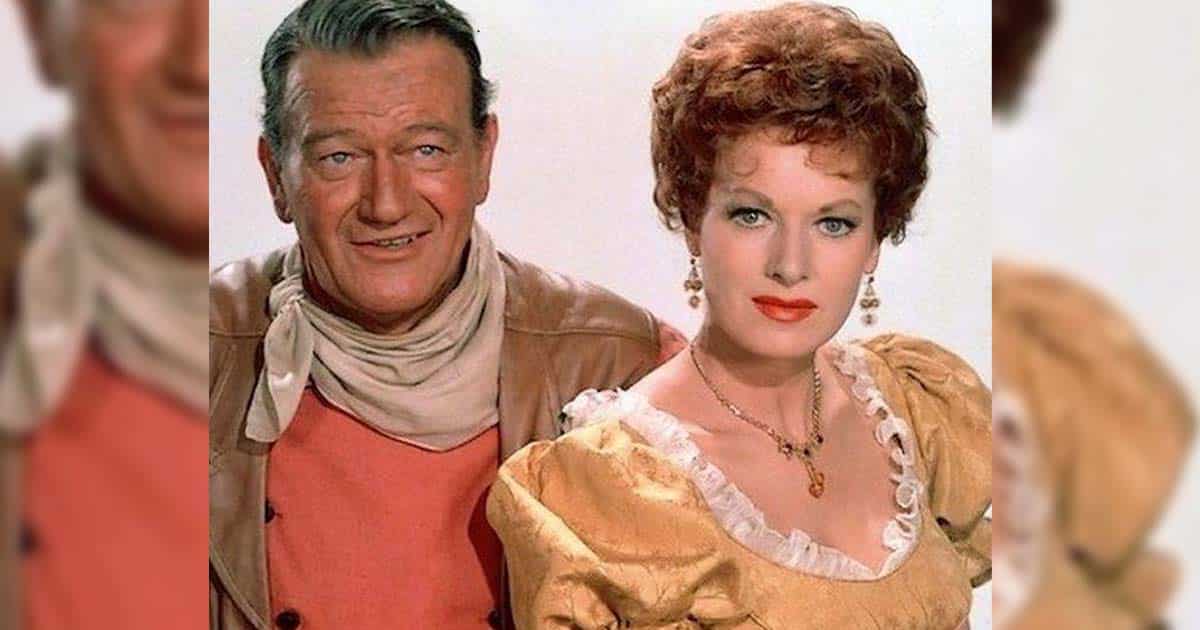 Maureen O’Hara and John Wayne arguably had one of the most beautiful onscreen chemistries. The two iconic actors started together in five films that began with The Quiet Man in 1952. From there, the pair gave us some of the big screen’s ultimate love stories.

RELATED: Who Is John Wayne? Meet The Iconic Cowboy of Western Films

However, O’Hara and Wayne’s chemistry was so strong it made people wonder if they were a couple in real life – in which they have consistently denied. The fact is they were simply the best of friends. It was a friendship that spanned more than three decades, but all ended in 1978 when John Wayne, a heavy smoker, was diagnosed with lung cancer.

Just nine days after his final appearance at the Oscars, Wayne was rushed to U.C.L.A. Medical Center for unknown reasons. It turned out all those years of too much cigarette smoking had done what no outlaw could do, bring Wayne down.

The Two Actors Spent Three Days Reminiscing About Their Friendship

Maureen O’Hara herself, is a serious cancer survivor, was one of the first to visit John Wayne.

She was shocked how horribly thin he was that she couldn’t help but break into tears. Still, she put on a brave face and did her best to cheer the actor up, who asked, “Maureen, why did you and I have such lousy luck?” Wayne was so distraught with their cancer battles as well as their broken marriages – Maureen’s third husband, airline pilot Charles F. Blair, actually died in a mysterious plane crash.

RELATED: Some of The Best John Wayne Quotes And Words of Wisdom

The two superstars then spent three days doing nothing but reminisce about their beautiful friendship, remembering the special moments they had shared. When O’Hara had to say goodbye to Wayne, the man known as The Duke, it would be a final farewell.

As the actress put on her coat, Wayne’s final words to her were, “That’s a gorgeous coat, it looks beautiful on you.” He was definitely a smooth talker up until the end.

Well, Maureen O’Hara and John Wayne’s lifelong friendship is without a doubt one of the strongest in Hollywood.

John Wayne is the Best Cowboy Actor that Ever Lived, Do you Agree?

John Wayne is the Best Cowboy Actor that Ever Lived, Do you Agree?

Bon Jovi and Jennifer Nettles Team Up to ‘Do What You Can,’ Blended Tribute & Self- Care

Bon Jovi and Jennifer Nettles Team Up to ‘Do What You Can,’ Blended Tribute & Self- Care

“There Won’t Be Anymore” as Charlie Rich’s Song Goes

“There Won’t Be Anymore” as Charlie Rich’s Song Goes

T.J. Osborne Is So In Love With His Boyfriend Abi Ventura

T.J. Osborne Is So In Love With His Boyfriend Abi Ventura