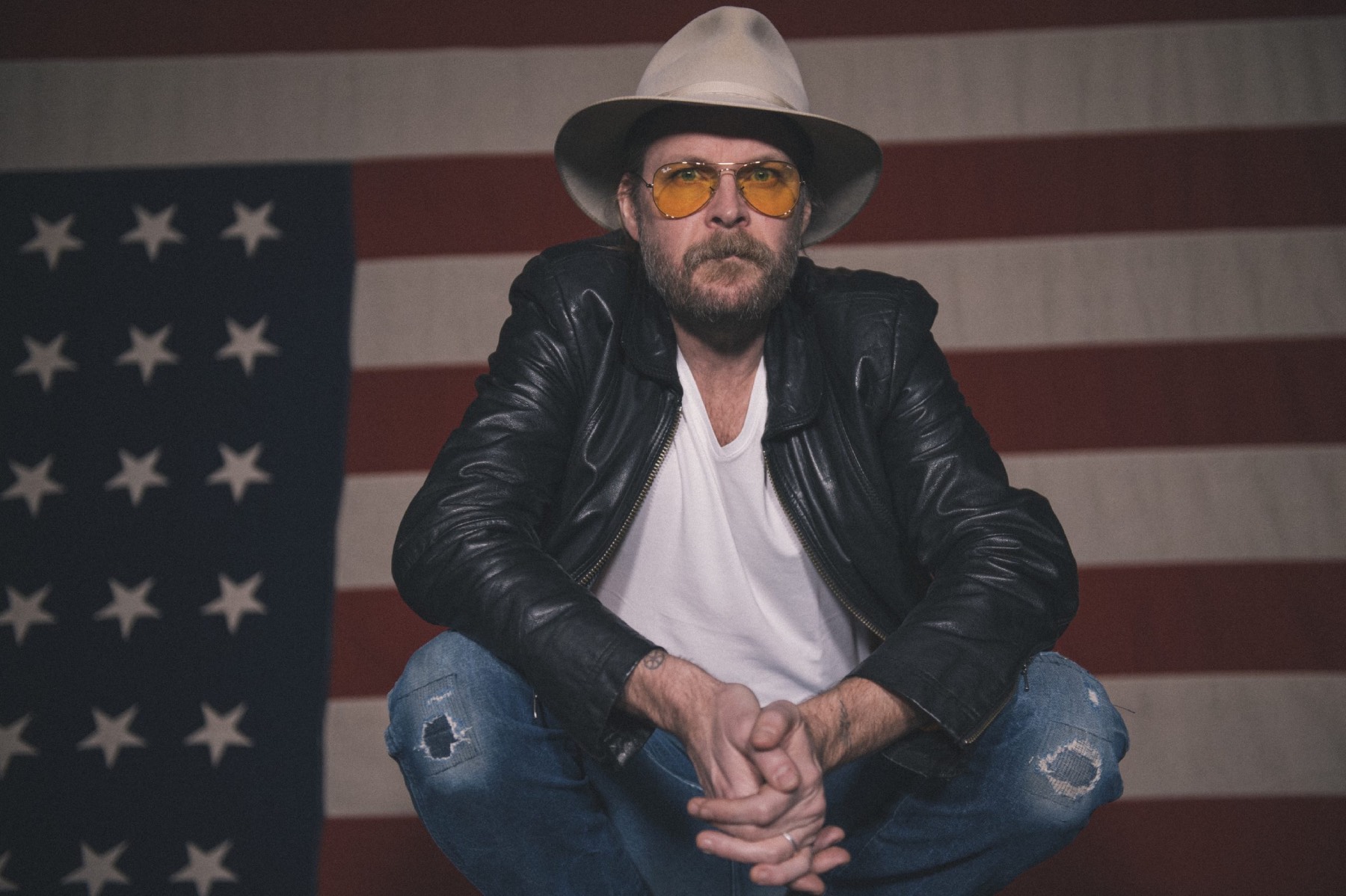 M.C. Taylor was watching footage of the Jan. 6 assault on the Capitol by Donald Trump’s MAGA faction when he saw a rioter flying the U.S. flag upside down, a recognized but rarely used symbol of distress. The North Carolina singer-songwriter’s stomach dropped. Taylor and his band, Hiss Golden Messenger, were just weeks away from releasing their new record, Quietly Blowing It, in March  — with an image of an inverted American flag on the cover.

Despite 2,000 copies of Quietly Blowing It already pressed on vinyl ahead of release, Taylor called his management team and record label, Merge Records, to pull them back. As Taylor saw it, a change needed to be made.

This was the original cover. Shelved after we all witnessed largely white, Republican men engage in mayhem at the US Capitol one year ago today. Thousands of these now sit on shelves in a warehouse. @dnorsen_design @mergerecords @brianlschwartz pic.twitter.com/olkmVdM4s3

“In an instant, the cover felt totally inadequate and sort of childish, even,” Taylor tells Rolling Stone. “It was hard for me to imagine anyone having the bandwidth to pick up and listen to something covered in an American flag, because I certainly didn’t… The flag came to seem insensitive and overprivileged and dilettantish.”

50 Best Action Movies of All Time

Taylor’s decision wasn’t without ramifications. It necessitated both new art — a photo of him staring pensively in a field was chosen as the cover — and a new release date of June 25, four months later than planned.

Now, with a year passed since the insurrection, Hiss Golden Messenger are releasing a limited run of the previously pressed Quietly Blowing It and its original cover as a way to support democracy. Fifteen percent of proceeds from album sales will be donated to Democracy Now!, the nonprofit news organization.

The initial idea behind the cover — created by graphic designer Darryl Norsen — came in the midst of the turmoil and tragedy of the first year of the Covid pandemic. The art, Taylor says, “was a commentary about the state of our nation…[It] was meant to be subtle: I knew many people weren’t going to count the 52 stars — one for Puerto Rico and one for Washington, D.C.” It was also a further nod to Sly Stone’s There’s a Riot Goin’ On, the 1971 album that Hiss Golden Messenger reference in the title track.

Taylor says he now sees the value in the original artwork. After alluding to the backstory behind the cover in a tweet earlier this month — on Jan. 6 — he received overwhelming feedback from fans who wanted to see it released. “It sort of changed the story I have in my head,” he says.

“For as many problems as America has, many of which have their roots so deep in our cultures and institutions, I love this place,” Taylor says. “I love it because of the people. It’s a place worth putting under a microscope because of that.”