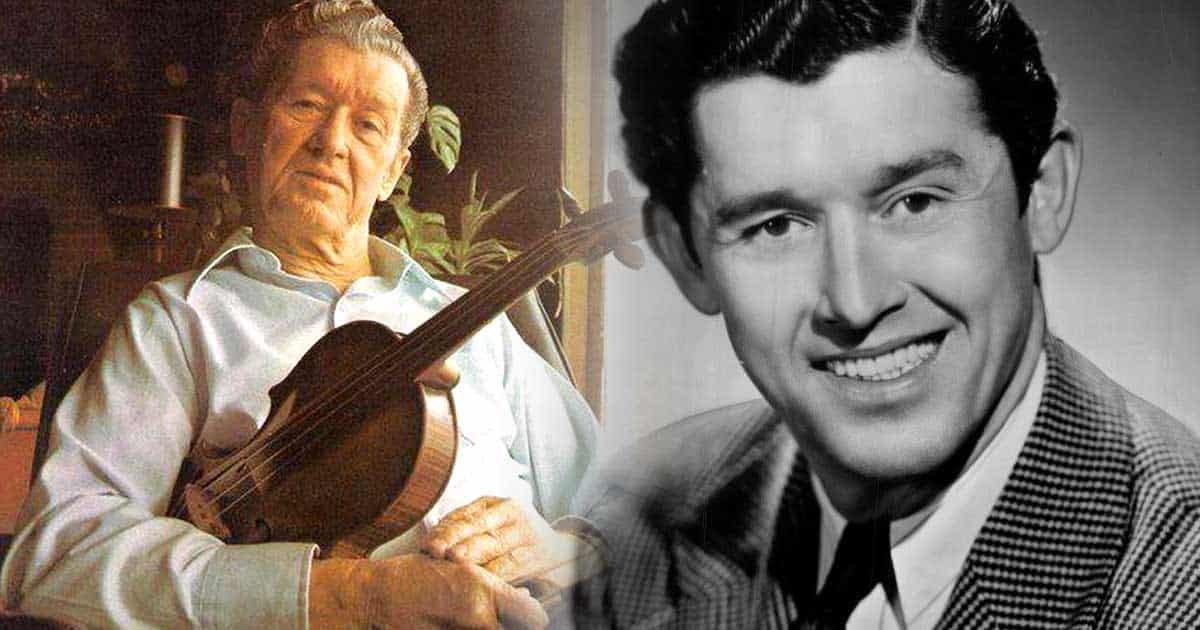 The singer and fiddler who was hailed by millions of country fans as the King of Country Music gave us all a taste of classic country sound to live by. Roy Acuff songs are even often being credited with the triumph of the country music genre.

His versatility as an entertainer demonstrated in his high-energy, up-tempo performances would really make you want to join in on the hoedown. It’s no surprise at all when he eventually turned out to be the first living inductee to the Country Music Hall Of Fame.

Truly, Acuff’s traditional folk music will always be missed, but his songs are a great reminder of how great a legend he is. Check some of his greatest hits below.

In early 1937, Roy Acuff heard an unknown musical group called The Black Shirts using considerably distinct lyrics with a similar English folk melody as the Carter Family’s pop hit “I’m Thinking Tonight Of My Blue Eyes.” It captured his attention so much that he paid singer Charlie Swain fifty cents just to transcribe the song’s words. A few weeks later, this new song, “The Great Speckled Bird,” became Acuff’s most requested track. It’s even the song he sang when he first appeared at Grand Ole Opry.

Another Acuff’s recording that was regarded as his signature song was “Wabash Cannonball.”

Throughout the years, this popular song has been updated by various artists. The Carter Family made one of the first recordings, but it was Acuff who brought it to more audiences. With his powerful voice, Acuff managed to sell over ten million copies of this mighty railroad tune.

Released as the title track of the 1946 American action film, this white-hot fiddle tune showcased pretty much all the performer’s old-time cliches, such as lyrics about trains, barn dance, and yells of “Hallelujah!”

Acuff also appeared in the film along with Allan Lane, Adele Mara, Irving Bacon, among others. It tells the story of a Tennessee mountain man trying to calm his kinfolk’s fears about the local railroad and their homesteads’ future.

You’ll likely find this song as an outline of a sermon using some analogies to compare life’s ups downs to the problems faced by automobile owners in the earlier years.

This early American hillbilly-style country music song was originally released by singer-radio and TV personality Red Foley. Eventually, it was recorded by several artists, with popular renditions by Roy Acuff in 1936 with his group billed as Roy Acuff and His Crazy Tennesseeans and in 1947, where he modified the lyrics.

Written by country legend Hank Williams, this gospel song became among his most famous hits and the closing track for his live shows. Soon enough, it was covered by various artists and became a country gospel standard.

One of the most notable versions was by Acuff, which was released in 1948 as the flipside of his song, “Thank God.” Intriguingly, Acuff led the singing of “I Saw the Light” during Williams’ memorial service in 1953. Several luminaries joined him on the chorus, including Red Foley, Bill Monroe, among others.

7. Wreck on the Highway

This classic bluegrass song finds Acuff singing about a vehicle accident, seemingly resulting from alcohol abuse and moral religious language. It was written in 1937 by Dorsey Dixon following a fatal accident near Rockingham, North Carolina.

8. Will the Circle Be Unbroken?

This hymn is perhaps one of the most significant tunes in country music history. It was so popular that dozens of artists recorded it. Just a handful of these artists include The Carter Family, Johnny Cash, the Nitty Gritty Dirt Band, and of course, Acuff.

Several country stars have offered their take on this Redd Stewart and Pee Wee King written ballad, including Acuff in 1949. In “Tennessee Waltz,” Acuff finds himself singing about a situation wherein the narrator has introduced his sweetheart to a friend who then waltzes away with her.

One of Acuff’s much later releases, the country icon proves that he could still come out on top more than three decades since he first graced the music industry. The song was written by Acuff-Rose writer and up-and-coming country star Eddy Raven.

Some More Hits of Roy Acuff That Deserve Your Attention

Roy Acuff, who died nearly three decades ago due to congestive heart failure, was definitely one of early country music’s first genuine superstars. Here are some more of his well-known songs.

So, which among these Roy Acuff songs do you like the most?

King of Country Music: Who Should Be Really Wearing the Crown?

King of Country Music: Who Should Be Really Wearing the Crown?

The Time Tammy Wynette Earned Her First Number One Singles

The Time Tammy Wynette Earned Her First Number One Singles