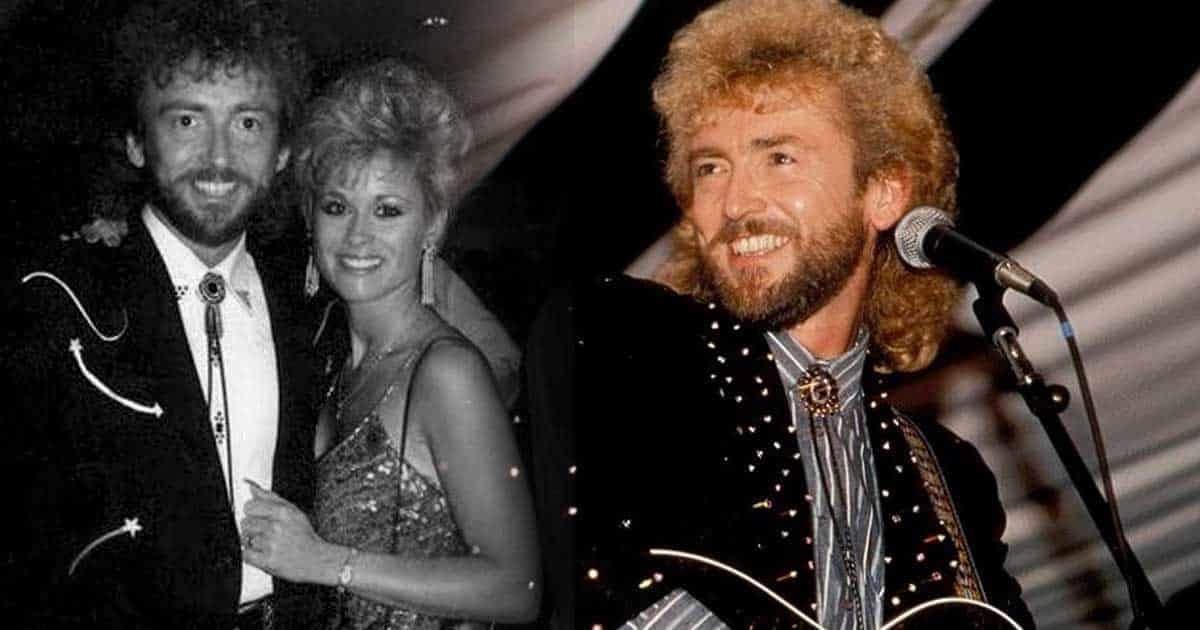 While promoting his first full-length studio album L.A. to Miami in an iconic tour, Keith Whitley met the fellow country star Lorrie Morgan. The two quickly hit it off and got married in November 1986.

With immense talent and country cred, Keith and Lorrie quickly became the darlings of the genre and one of the most influential power couples in the industry. The pair welcomed son Jesse Keith Whitley a year into their marriage. Whitley even adopted Lorrie’s daughter from her previous marriage, completing their family.

Unfortunately, just as their career was beginning to take off, Lorrie’s life fell apart. One of the greatest love stories of all time was tragically cut short when Keith – who had long struggled with a drinking problem – died from alcohol poisoning.

Though Lorrie Morgan tried to help her husband overcome his addiction to alcohol, she also knew it has always been like a ticking time bomb.’

In one interview, she admitted that she would forever mourn about Keith Whitley’s tragic death – especially that she’s certain he would not have died if only she had been home that unfortunate day. As it turned out, Whitley offered to drive Lorrie to the Nashville airport and send her off on a promotional trip to Alaska.

Then Keith did something unusual for Lorrie; he gave her a greeting card which Lorrie said sounded like a farewell.

“Would you like to know what I wish for you?” Keith Whitley asks in the letter, putting his thoughts into words all the beautiful things he hopes for his wife. His message only shows how big his love for Lorrie was – a love that will forever be alive through Keith Whitley songs and this final love note, which you can read below.

“Would you like to know what I wish for you? If I could have any wish I wanted, this is my wish: That in your life which is so precious to me, may worries, troubles and problems never linger. May they only make you that much stronger and able and wise. May you rise each day with sunlight in your heart, success in your path, answers to your prayers, and that smile that I always love to see in your eyes. I love you, Keith.”

Superb Voice, Jerry Wallace in “If You Leave Me Tonight I’ll Cry”

Superb Voice, Jerry Wallace in “If You Leave Me Tonight I’ll Cry”