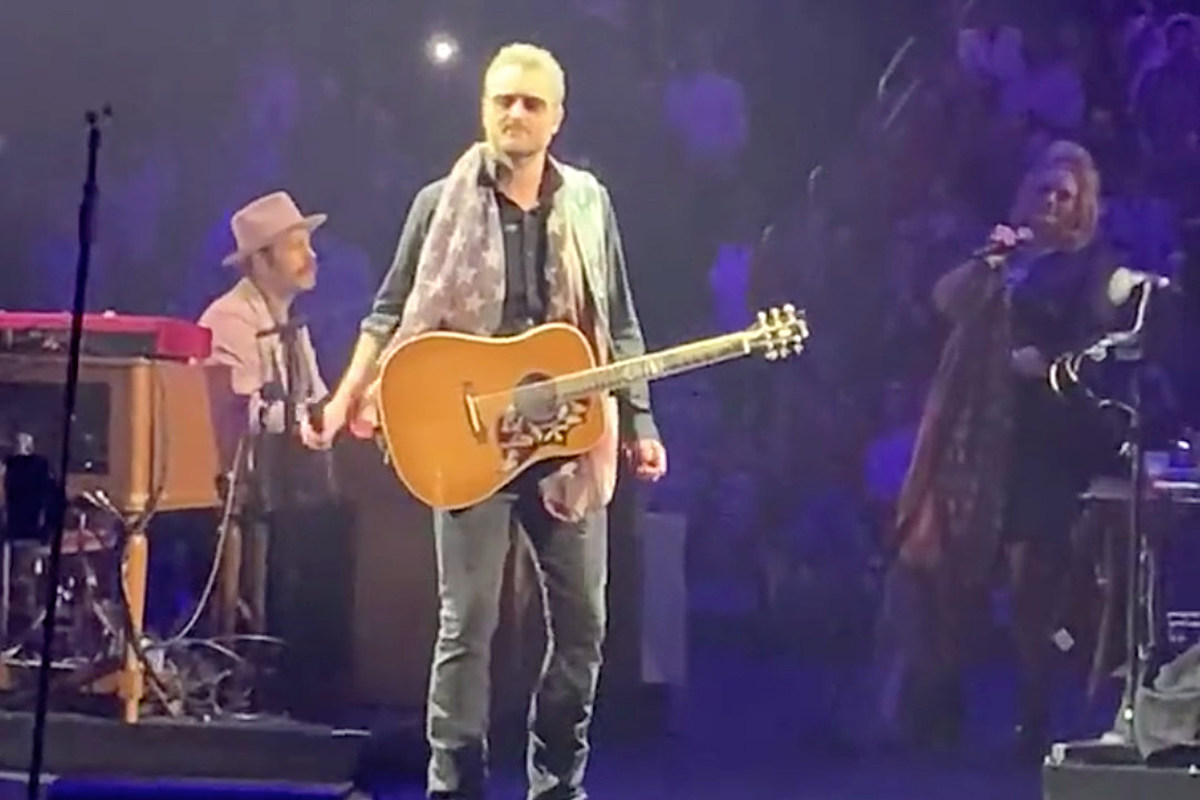 Eric Church remembered late rock legend Meat Loaf at a concert in Detroit on Saturday night (Jan. 22), performing a rousing cover of “I’d Do Anything for Love (But I Won’t Do That).”

With his staple American flag draped around his shoulders and his backing singer and musical partner, Joanna Cotten, offering harmonies from the background, Church led the crowd in a singalong of one of Meat Loaf’s most famous songs.

A theatrical stalwart of the rock world who’s known for acting in films like The Rocky Horror Picture Show and Fight Club in addition to his lengthy musical career, Meat Loaf died on Jan. 20 at the age of 74. A power ballad that came out in 1993 off the singer’s Bat Out of Hell II: Back to Hell, “I’d Do Anything for Love (But I Won’t Do That)” was a Platinum-certified, chart-topping, Grammy Award-winning hit single.

Church’s tribute to the late, great rocker happened during one of the shows on his current Gather Again Tour, which launched last September. Since he headed out on the road, Church has garnered praise for his dynamic, energizing set list, featuring plenty of older hits and covers as well as putting a spotlight on his 2021 triple album, Heart & Soul.

Featuring a total of 24 tracks — six of which are on the fan-exclusive & album — Heart & Soul includes singles like “Stick That in Your Country Song” and “Hell of a View.” The latter became the 10th No. 1 hit of Church’s career.

The Gather Again Tour is set to run through late May, when it will conclude with a grand finale performance at New York’s Madison Square Garden.