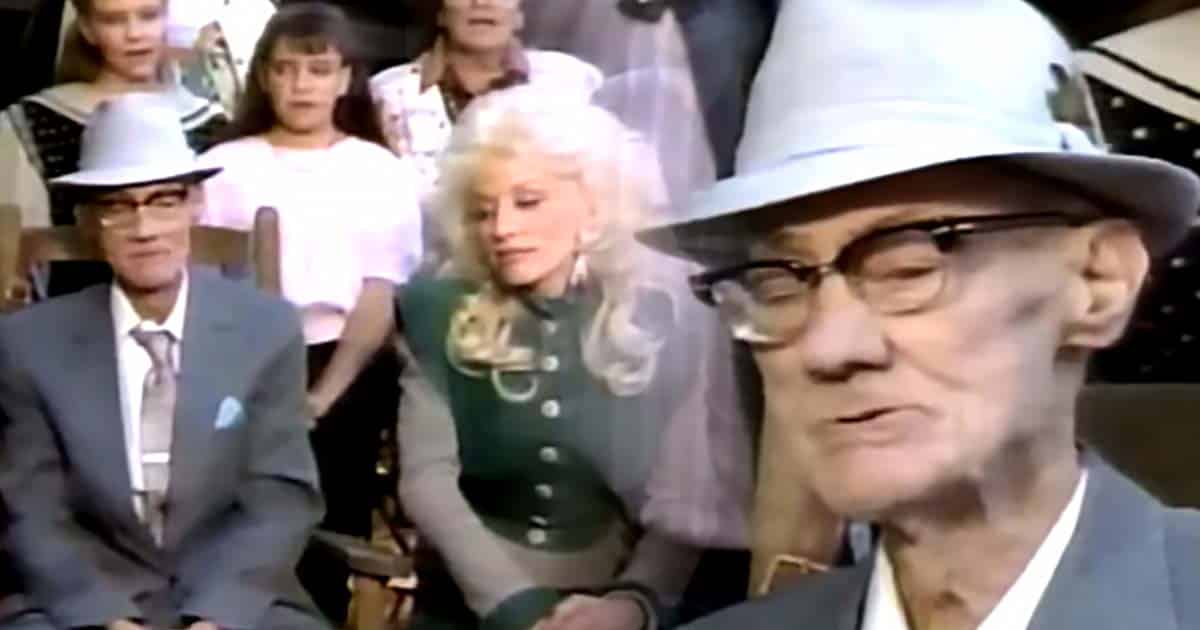 Growing up in the Smokey Mountains of Tennessee, Dolly Parton was the eldest among twelve children. While she admits her family was next to nothing, she had her dreams and such undeniable talent. Taking the lessons she learned in the church from her evangelist grandfather, Reverend Jake Owens, Dolly had always been a firm believer that her dreams of becoming a country superstar would someday come true.

And it really did! Dolly Parton‘s pivotal career moment came in the early 70s. She attracted many audiences, and everyone just fell in love with her blonde image. She became a number one household name.

In addition to Dolly Parton Songs and various film appearances, she started a new venture in 1976 with her own TV variety show, Dolly! It enjoyed high ratings even though it was only aired for a season.

But with the show’s short reign, the country music legend was able to air a very sentimental episode. With her close friends and family beside her, Dolly can be seen near what seems to be a southern church house, which served as the location for a delightful family feast during Thanksgiving and different activities.

She then introduced us to her grandfather, Reverend Jake, who she credits for teaching the family to sing and helping them appreciate the gift of music. And to everyone’s delight, Dolly announced that her grandfather would be treating everyone with a performance of the beloved hymn “Amazing Grace.”

RELATED:“Amazing Grace” and The Different Renditions

Jake’s stunning voice perfectly tells the story of a hymn with profound wisdom. Eventually, he’s joined by Dolly and the rest of the audience. Indeed, such a humbling moment delivers the pure essence that symbolizes the true purpose of Thanksgiving.

Jake ended the performance by thanking everyone, and Dolly couldn’t help but beam with pride. You can watch it below.

Dolly Parton: “God Speaks to Me through Carl Dean”

Dolly Parton: “God Speaks to Me through Carl Dean”

Dolly Parton and a Song Born Out of Productivity, “9 to 5”

Dolly Parton and a Song Born Out of Productivity, “9 to 5”

You Need To See This! “Does He Love You” by Reba and Dolly Parton

You Need To See This! “Does He Love You” by Reba and Dolly Parton

The Finest Album of Charley Pride, ‘Music In My Heart’

The Finest Album of Charley Pride, ‘Music In My Heart’

It Was 46 Years Ago: Dolly Parton Split With Porter Wagoner

It Was 46 Years Ago: Dolly Parton Split With Porter Wagoner