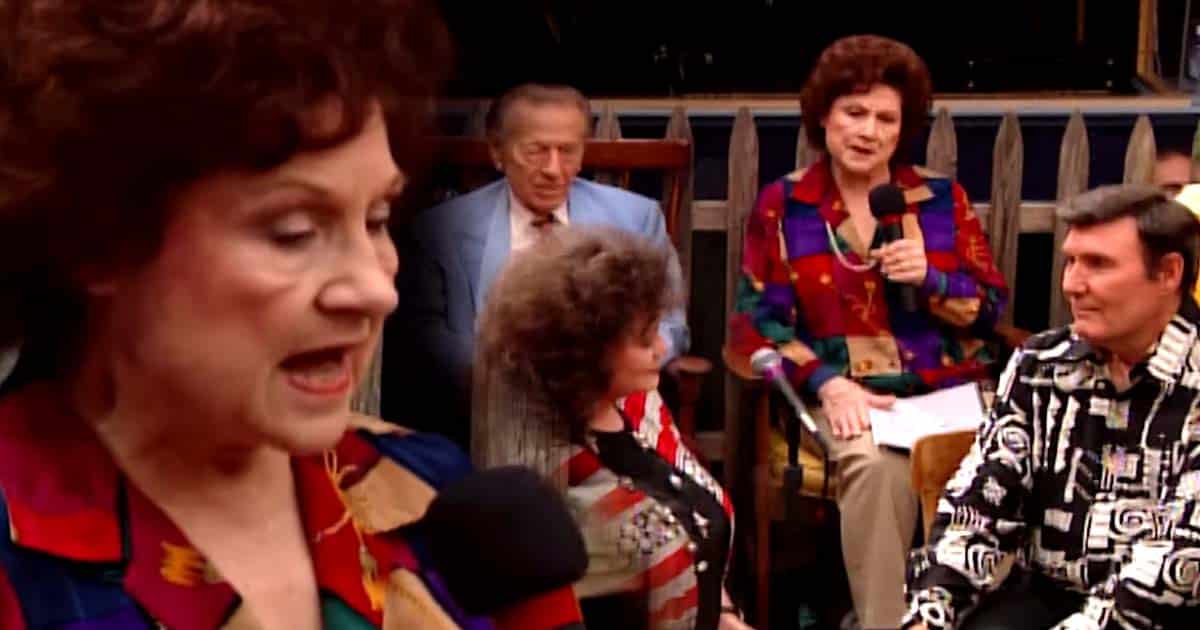 While country music was dominated by men ever since Billboard started ranking country songs in 1944, things changed for female artists a few decades later – especially when the genre claimed Nashville as the recording center and Country Music Association was created with the goal to reach brand-new and bigger audiences.

That’s when Kitty Wells became the genre’s female trailblazer at a time when being a female trailblazer in country music was an unusual territory. From performing in the shadow of her husband Johnny Wright and his singing partner Jack Anglin, Wells blew the duo out of the water in 1952 with her massive hit, “It Wasn’t God Who Made Honky Tonk Angels.”

With the song’s message of sexually empowered women, the recording was enough to cause an uproar landing Wells on top of Billboard’s country chart. It was the first No. 1 hit from a female in the chart’s history.

Many Years Later, Kitty Wells Is Still Full of Sassiness

A rare recording of Kitty Wells recently resurfaced – much to the fans’ delight. The short clip was posted by Country Road TV where Wells gave a once-in-a-lifetime performance of her hit song “It Wasn’t God Who Made Honky Tonk Angels.”

The intimate event shows Wells being surrounded by a group of women as they sing her song by heart. Wells, on the other hand, is still full of sassiness that some of the ladies can’t help but stand up to salute “The Queen of Country.”

“It Wasn’t God Who Made Honky Tonk Angels” is actually a response to Hank Thompson’s “Wild Side of Life,” which sings about a man coming back to his crazy daily life of dancing and drinking after a woman breaks his heart.

Anyway, you can check out Kitty Well’s incredible performance of her country classic hit in the video below.

Top 10 Queens of Classic Country and their Illustrious Music

Top 10 Queens of Classic Country and their Illustrious Music

Monument of Freedom in the “Statue of Liberty”

Monument of Freedom in the “Statue of Liberty”

The Booth Brothers Sing “I’m so Lonesome I Could Cry”

The Booth Brothers Sing “I’m so Lonesome I Could Cry”