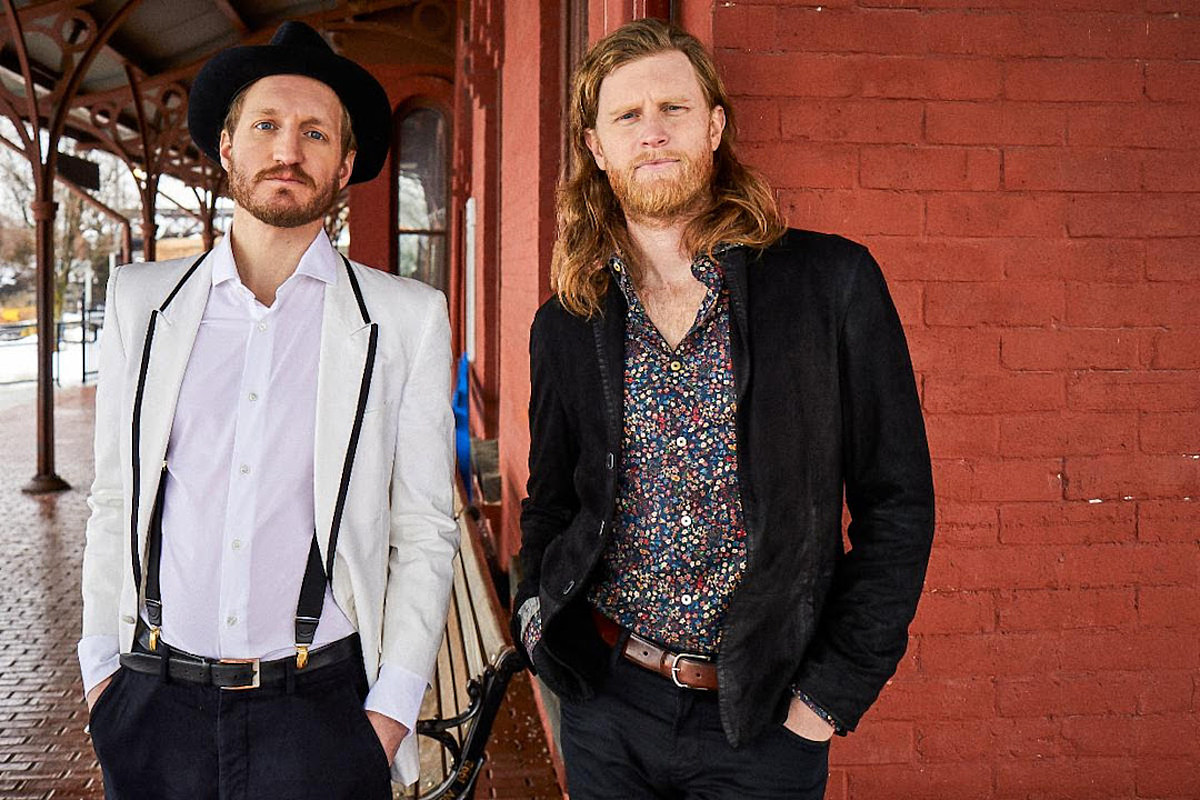 Clocking in at just over 30 minutes, The Lumineers’ nine-track album Brightside is a quick shot of optimism, a glimpse ahead to the “Something Better” that we collectively hope is just up the road.

The title track and album’s opener shows us exactly what kind of optimism we’re dealing with here, and it’s not the kind that’s born from willfully ignoring reasons to feel down and out. “Brightside” is guitar-fuzz heavy and ripe with gone-wrong images: The Oldsmobile’s heat has broken down, there are plenty of tears and cigarettes — even magic mushrooms — and a bridge built to get stranded on. Still, the band chooses to offer a lifeline on the chorus: “I’ll be your bright side baby tonight.”

“Brightside” gives way to “A.M Radio,” a song split between its sparse verses about a fraught relationship and a bouncing-piano chorus that’s practically written for a full-crowd singalong. Wesley Shultz sings on the lead: “Long as you run / I couldn’t give you up.” The track ends with the words, “Gone, don’t look back (and I was incomplete) / I couldn’t give you up.” While there’s an acknowledgment of defeat there, nothing about the music itself sounds defeated – which is the particular kind of magic that brings this record to life.

Brightside’s weakest moments occur when the band drops the magic-making tension and puts the rose-colored glasses on real tight. On “Where We Are,” complicated verses get overshadowed by a too-repetitive, lackadaisical chorus asserting over and over again “Here we are (where we are) / I don’t know where we are (where we are) / But it will be okay.” The same formula gets applied to “Birthday.” The most interesting part of the song — an image of a house burning down and a person facing it with just a garden hose in hand — gets eclipsed by two full minutes of “It’s alright, it’s alright, it’s alright It’s your birthday, dear / It’s alright, it’s okay, and wе will carry on.”

However, the album picks back up with “Big Shot,” one of its strongest tracks. Musically, the track is full-bodied: As the song goes on, layers get added onto the original piano, yet the track still retains that understated quality that makes it classic Lumineers. The lyrics aren’t complex, but they’re clear-eyed and delivered in a way that tells you the song’s lead character is being seen through like a window. “You wanna be a big shot / You wanna be the big man / You wanna place a big bet / You better have a big hand.”

Another highlight is “Never Really Mine,” a three-minute rock ‘n roller with a chant-ready, foot-stomping bridge and golden lines like, “Say it once so the neighbors all can hear you / I’m the one who was never gonna play to lose.”

Brightside ends with “Reprise,” a nod to the opening track. Lucky for us, the song isn’t a reprise in the strictest sense; it stands upright as its own song, too. It also leaves listeners with the feeling that something’s changed. Rather than promising to be the bright side for somebody else, this time The Lumineers are signing about their own sun-shined salvation: “I’m headed for the lights / I’m headed for the bright side baby tonight.” When the track softens into its bridge with the lyrics, “Waiting on the sun / I’m waiting on the sun,” we’ve traveled far enough with these songs to believe — in some way, shape or form — it’s coming.

‘O Brother, Where Art Thou?’: 10 Things to Know About the Classic Soundtrack: