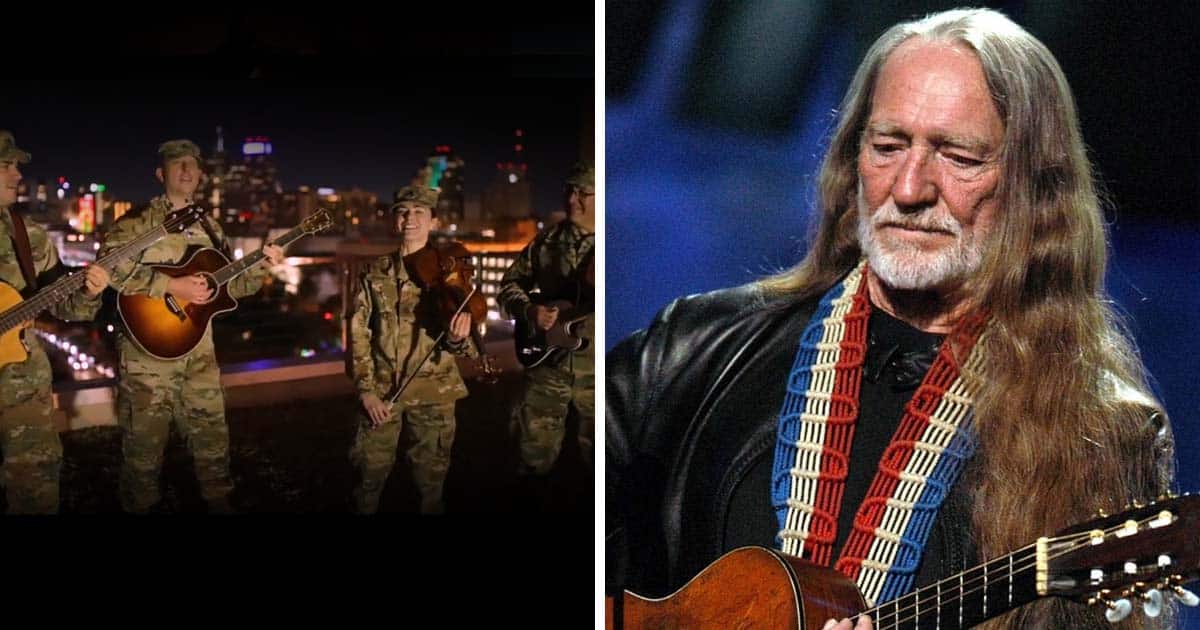 Are you ready to be stomping your boots with Six-String Soldiers’ “Texas On A Saturday Night?”

Serving in the U.S. military, spending long periods of time away from their families, is without a doubt, can be taxing to the soldier’s mental health. But the United States Army Field Band’s Six-String Soldiers got better things in mind – they use music in dealing with the pain of missing home.

Take, for instance, this one video we found on their official Facebook page that captures the incredibly talented four-member band strumming along and singing Willie Nelson‘s “Texas on a Saturday Night” in harmony.

The short clip posted in 2018 did not only feature the band’s stunning performance but also the beautiful city lights and night scenery of San Antonio, Texas. Six-String Soldiers were in the city to show their support to the U.S. Army All-American Bowl.

“We love our friends in Texas and think there’s nothing quite like it on a Saturday night (or any other time)!”

We were also introduced to the band’s latest member at the time, and it’s no other than SSG Renee Bennett! Six String Soldiers was formed in 2015 by active-duty army members whose goal is to look for ways to fulfill the Army’s loyalty to its soldiers and veterans. A Facebook video of the group playing The Beatles’ Here Comes The Sun caught both fans’ and media’s attention nationwide. Since then, the group has appeared on different shows.

You can check out Six-String Soldiers’ rendition of “Texas on a Saturday Night” in the video below. The country classic first appeared in Nelson’s album Half Nelson in 1985, which helped the country legend a Top 10 charting album. It was written by Mundo Earwood and featured the guest vocals of late country singer Mel Tillis.

“Just to Satisfy You:” A Collaboration of Jennings and Nelson

“Just to Satisfy You:” A Collaboration of Jennings and Nelson

The Hillsong Worship Releases A Top-Performing and Inspiring Song

The Hillsong Worship Releases A Top-Performing and Inspiring Song