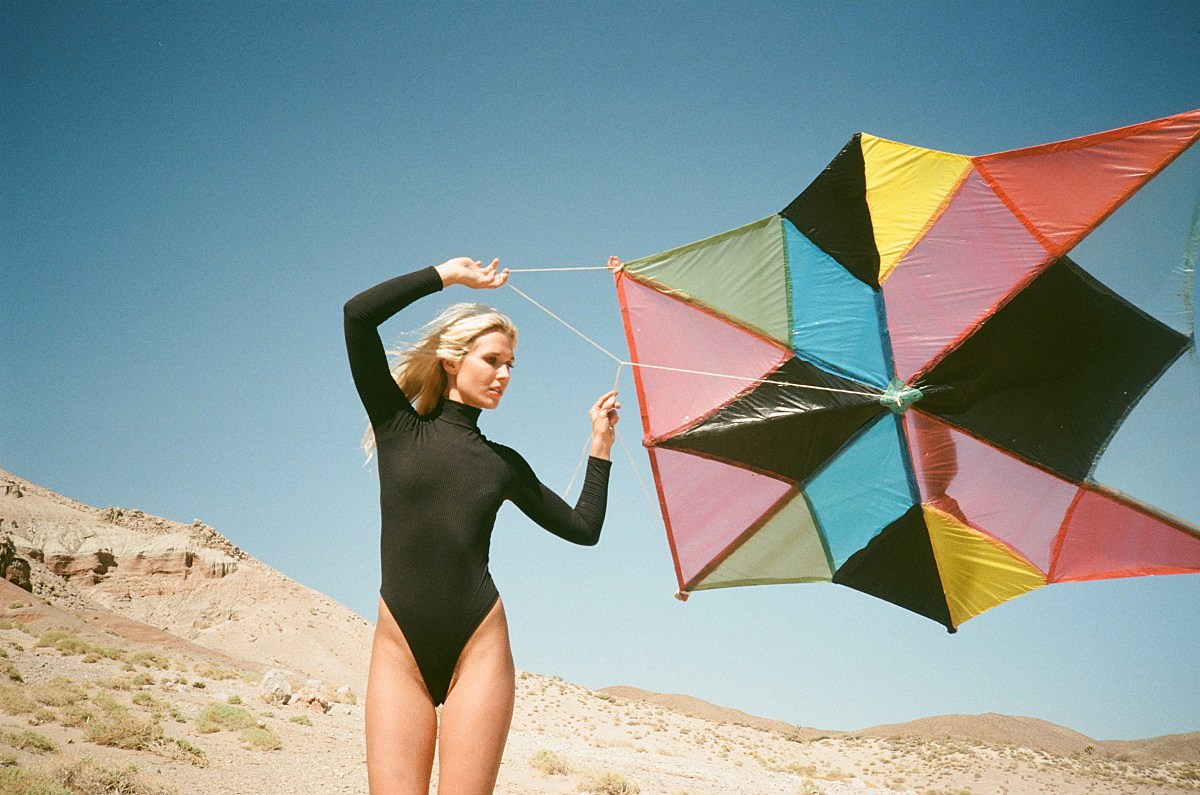 By all accounts, 2021 was an incredible year for folk, Americana, and country releases. Artists from across these genre spectrums have been using familiar sounds to create bolder work than ever before — some by incorporating new elements, like influences from electronica and bedroom pop, and others by stripping their music down to its most basic components to start again fresh.

Many of the releases in this list use that experimentation to give voice to profound musical narratives. Across this list, you’ll find stories of existential reckoning, the search for home, and the ongoing struggle for racial and social justice. Here are ten boundary-pushing albums from 2021 you may have missed.

The Christ-haunted songs of Natalie Bergman’s Mercy have an eerie, timeless feel to them, evoking the Christian psychedelia of the 1960s and the troubled worship of the Louvin Brothers. Her first solo effort outside of the brother-sister duo Wild Belle, Mercy is composed of twelve spiritual tracks Bergman wrote, performed, produced, and mixed entirely alone, an anchorite effort after an extended stay in a New Mexico monastery.

These aren’t your grandmother’s church songs, though, and Bergman’s faith produces an incredible tension across Mercy as she excavates unthinkable tragedy. On “Home at Last,” her prayer takes on a pleading urgency when she asks, “Where have all the good people gone / the people that I love? Have they gone to Heaven?” and compels God to answer her, before the heartbreaking culmination, “How can you teach a child about death over and over again?”

Epoch, Pt. 1, the debut EP from folktronica musician Ephraim Bugumba, is a compelling release borne from an incredible story of survival. Originally from the Democratic Republic of the Congo, Bugumba and his family spent years in various refugee camps across Africa before ultimately settling in the United States. On Epoch, Pt. 1, he combines modern musical currents with traditional African folk rhythms to explore trauma on both a global and deeply personal scale.

“Golden Blood” illustrates this immediately at the start of the EP, juxtaposing the impersonal phrase “victim of political violence” with the weary refrain, “God, I hate running.” As Epoch unfolds, those tensions spread into an intricate reckoning with identity and culture across six lush tracks — including “Dirty River,” for which Bugumba released this meditative music video earlier this month after a stint of TikTok fame.

On Muscle Shoals Metaphysical, firekid’s experimental Appalachian music gets a grungier, stranger update. The band’s feel-good hooks and countrified beat-drops remain intact from their 2015 self-titled release, but the content feels more rooted — both in the geographical inspiration of their native Alabama and the bluegrass twang that permeates the album.

This sense of security allows for plenty of play across Muscle Shoals Metaphysical, something that’s resoundingly clear in both the breakout single “Backwoods” and the lighter love ballad “Blue Roses.” On the juicy, Woody Guthrie-inspired “Good and Greasy,” the band takes a culinary bent, extrapolating a fascination with food to Lynchian proportions as the music video finds Heidi Feek playing with her food.

“Freak-folk collective” Doran, who take their name from a children’s fantasy novel, recorded this self-titled debut while on a month-long residency in an attic in Rural Retreat, Virginia. This backstory sets the stage perfectly for the resulting album they dub “​​the soundtrack of the next A24 folk horror film,” a luminous release that evokes Joanna Newsom and Sam Amidon.

While the members of Doran bring strong influences from Celtic, Appalachian, and Eastern European folk into their work, the English ballad “Our Captain Cried All Hands” is the only traditional song featured on the album. Through a capella vocalizations and the re-imagining of traditional instruments, Doran explore themes of death, rebirth, and the conflict between humans and nature, blurring the boundaries between ancient and new.

Lauren Napier (also known as Punk Rock Doll) flows between lo-fi bedroom pop and classic Johnny Cash country on Mourning Moon, her “melancholy spaghetti western” full-length debut. Drawing inspiration from Kafka, celestial bodies, and “a desire to add a bit of softness to the world,” the album has a more hopeful feel than Napier’s previous work, dwelling in themes of romance and reckoning.

Bookended by the intoxicating tracks “St. Charles Romance” and “Chapters of Lace,” “Hiding from the Sound of Fire” encapsulates both these moods. Over steady twangs, Napier croons an haunting ballad, declaring “I know my share of words, but have been taught to believe none.” The eerie ambiguity of the lyrics leaves the listener guessing: is she lamenting the pain of the present, or gearing up for revolution? Either way, it’s impossible not to be entranced.

Liz Harris brings an earthier sound to Grouper’s ambient music on Shade, a dreamy release that dwells as easily in nature fixations as it does on the domestic imagery of a basement and a crush’s hair falling around her face. Recorded in fits and starts over the last 15 years, it feels both delicate and polished, balancing restlessness with a profound yearning for comfort and home.

On “Promise,” that yearning is stripped to its most basic parts in simple, gushing lyrics, whispered over acoustic guitar to create an intimate sense of awe. “You’ve got the prettiest eyes,” sings Harris reverentially, illustrating the fragile first steps of a new relationship as she professes, “And I promise to take good care of your pretty blue eyes and your long blonde hair.”

Dan Reeder, Every Which Way (Deluxe)

Dan Reeder’s deluxe edition of his 2020 release Every Which Way is an expansion of the original’s musings on current events and societal surrealness. Covering ground from scientific advancement to the 2016 election, the male gaze, and the nature of aging itself, the 28-song release clocks in at just under an hour of listening time, maintaining a grounding specificity in each byte-sized track.

The longest-signed Oh Boy Records artist behind John Prine himself, Reeder is well-regarded as an oddball, known for building most of his instruments by hand and having a penchant for profanity and bizarre imagery in his lyrics. Every Which Way (Deluxe) finds him experimenting even further, toying with AutoTune and ad-nauseam repetition on new additions like “She’s Rich, She’s Beautiful” and “Fighting Style” to give voice to the discordance of modern existence with a tongue-in-cheek twist.

Montreal-based artist Beatrice Deer combines folk, indie rock, and traditional Inuit throat-singing to create an innovative “Inuindie” style. Across her latest release SHIFTING, she performs in English, French, and Inuk, blending the songs and stories of her childhood into a triumphant reclamation and re-assertion of Indigenous heritage.

@, a new hyperfolk collaboration between musicians Brittle Brian (Victoria Rose) and Stone Filipczak, make a soothing debut in Mind Palace Music. Created remotely in the midst of the pandemic, the album has a distinct preoccupation with sanctuary and communication. “For now you’re just in my screen, but I love you all the same,” Rose sings in “Letters” — a wistful yearning for connection that nonetheless escapes the pigeonholing of a “quarantine album.”

True to its title, however, the memories catalogued in Mind Palace Music aren’t always uplifting, and the sense of loss that colors “Where’d You Put Me” and “Major Blue Empty” is accompanied by a style shift towards rootsy riffs and vocal harmonies that echo the band’s fascination with Neil Young. Still, @ retains their particular vaporwave weirdness in both, promising excellent things to come from the Baltimore duo.

On Hostile Architecture, Sixteen Jackies update their fluid, gothabilly sound with a roots-psych edge that suggests fellow Philadelphians Dr. Dog and Low Cut Connie. Returning to their fascination with retro horror movies, the six-track EP explores the baggage of growing up in the closet with a campy, spooky flair, complete with droning guitars and vocals from Jody DeMarco that rollercoaster between screaming one line and whispering the next.

“Creature Feature” explores the band’s cinematic inspirations explicitly, combining queer lovesickness with an undercurrent of angst and yearning. “It’s about two dudes falling in love, getting messed up, and going to the movies,” DeMarco recently told Vanyaland — a sentiment that’s echoed in the giddy lo-fi music video that accompanies the track.

10 Best-Selling Americana and Folk Albums of 2021