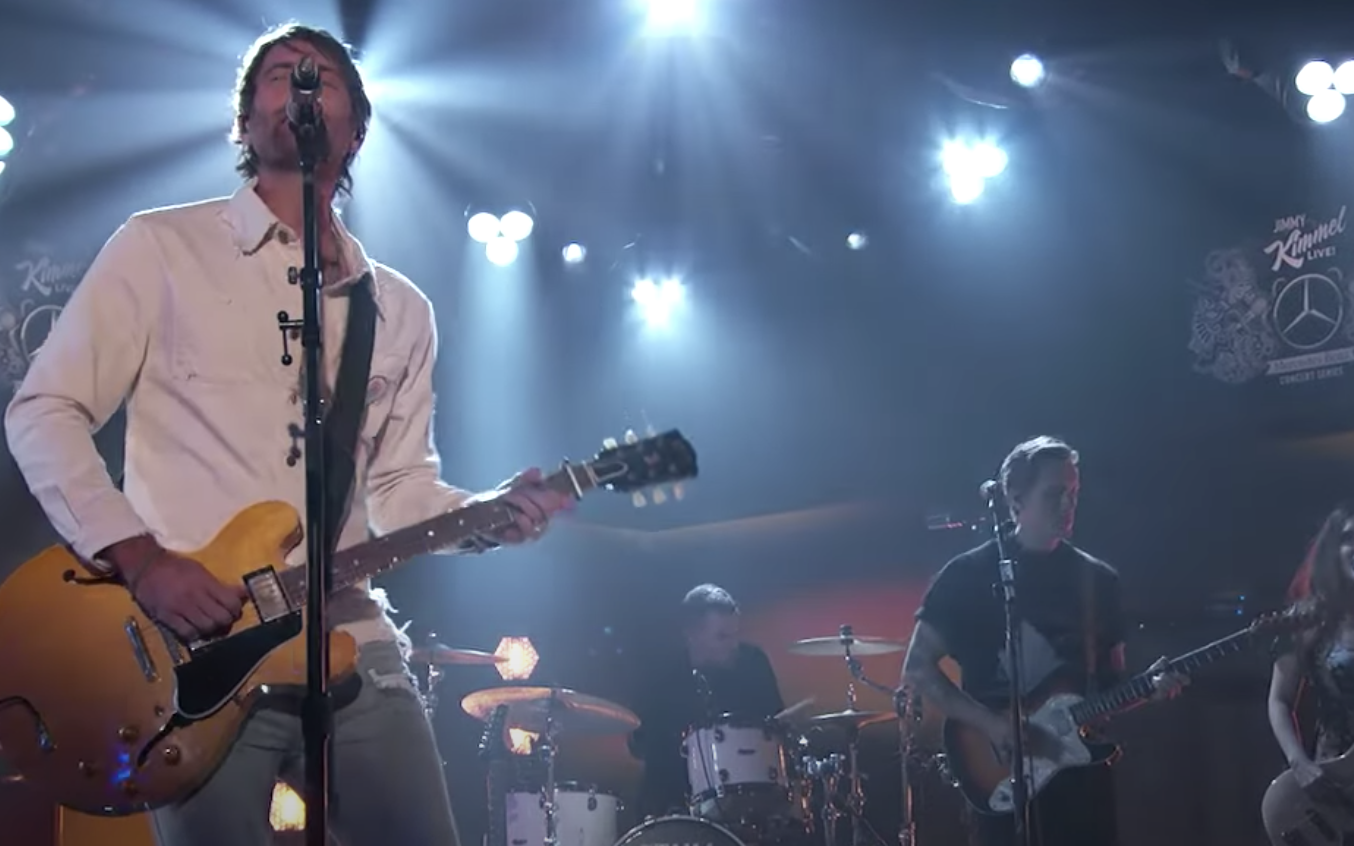 Ryan Hurd brought his full band to perform his song “Pass It On” on Jimmy Kimmel Live. The group, led by Hurd on vocals and guitar, gave the rollicking track a warm, collective vibe.

The optimistic song had a particular resonance as Hurd crooned, “What good is your dollar or your love or your bottle/ If you keep it all to yourself/ There’s enough to go around/ So send it on down.”

“Pass It On” comes off Hurd’s recent debut album, Pelago, which dropped last October via Sony Music Nashville. The album followed Hurd’s 2020 EP EOM EP, and features Hurd’s duet with wife Maren Morris, “Chasing After You.” That song, the album’s debut single, was written by Brinley Addington and Jerry Flowers.

“This is the first time we’ve gotten to do an actual duet together,” Hurd said in a statement, noting that he and Morris, who married in 2018, have frequently written together and sung on each other’s recordings. “It feels like the timing is really perfect and it’s a full circle moment to get to make music together in this way.”

The pair joined forces last spring to perform the single at the 2021 ACM Awards at the Ryman Auditorium in Nashville.