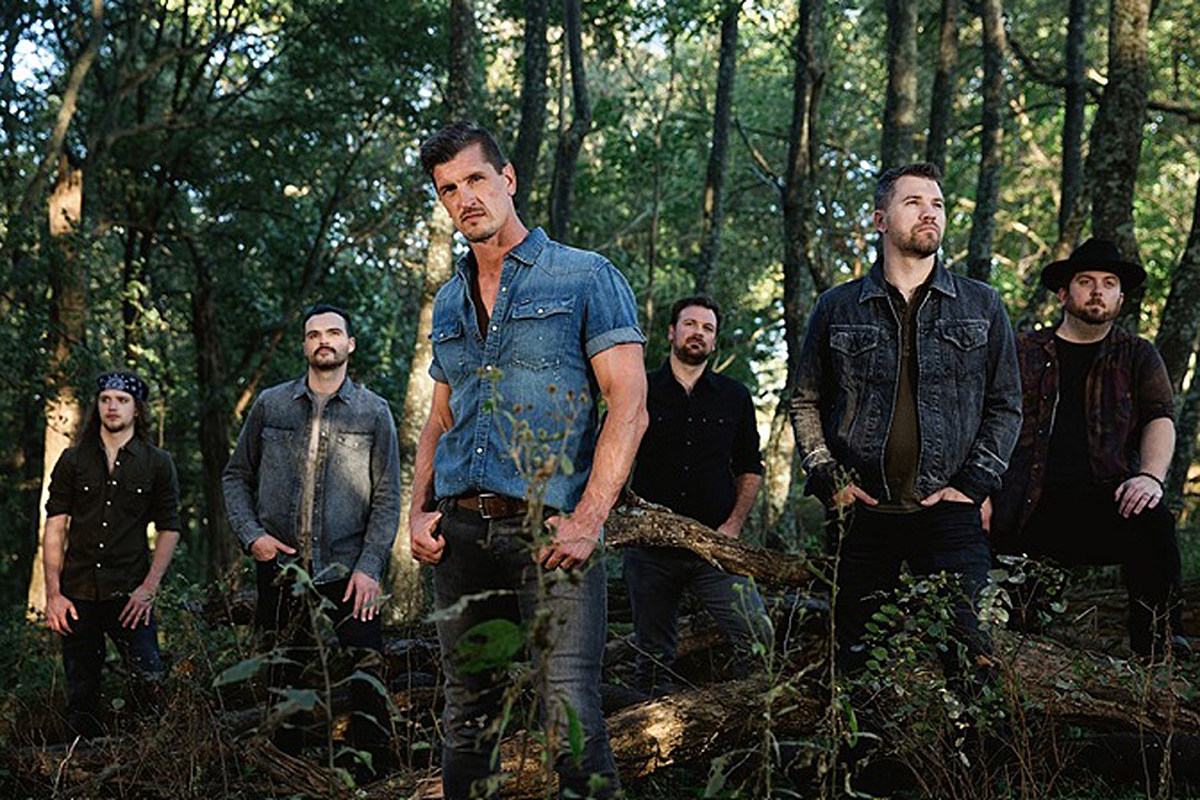 A few years ago, Brad Rempel’s wife grew tired of the dirt and grease left in her SUV every time the singer and his son would go for a dirt bike ride in the country. So, he agreed to build a small shed to store them on some land the couple owned near Columbia, Tenn. This was back when you could buy property for the cost of a used car in rural middle Tennessee, days long forgotten as 2021 nears its close.

Soon, the High Valley singer and his family bought an off-road vehicle, so they needed to expand the shanty. After that, the COVID-19 pandemic made recording in a large studio with others a dodgy proposal, so Rempel decided to add a small songwriting studio to the footprint. Fast-forward one year later and it’s all covered by an Airbnb that booked a wedding within minutes of his sharing a photo on social media.

“Luke Combs came to the wedding,” Rempel shares, smiling during a Zoom call with Taste of Country. “Brittany Aldean did a photoshoot there. Now, if I wanna take my son for a dirt bike ride there, I pretty much have to block it off six months in advance.” (Laughs)

It’s not that things come easy to Rempel, an accomplished bandleader, songwriter and recording artist. It’s that, like his music, his life rolls to a beat that few others can keep up with. The 37-year-old gives himself little credit for being at the front of that controlled storm, insisting more than ever that High Valley is sort of a Voltron of a music group. He’ll speak highly of his old record label and make sure you know his wife and family are paramount. He’ll credit producers and co-writers and his band — sure, the drummer may keep the tempo, but in this case, the singer sets the pace.

High Valley was formed in La Crete, Alberta over 20 years ago by Brad, Curtis and Bryan Rempel, but soon after making inroads in the United States, Bryan stepped away. To start 2021, Curtis also bowed out, a move Brad says he knew was imminent when his sister-in-law’s (Curtis’ wife) parents returned to Canada from missionary work in Bolivia. The amicable departure from brother and record label (Warner Music Nashville) did little to slow his momentum, though. When Brad’s not recording or touring, he’s writing for other artists. When he’s not writing, he’s helping manage two other bands. His first priority is his wife and sons, of course. Each boy plays three sports — the traveling kind. That alone is a full-time job.

“We’ve also been flipping houses, as if we didn’t have enough going on,” he says in jest.

To close 2021, High Valley dropped two songs, with plans for an album in the spring. “Whatever It Takes” is classic High Valley, in that it blends country and bluegrass with EDM in a way Elle King is having success with today, and groups like Lanco toyed with previously. It’s what “Make You Mine” was when it became a Top 20 hit in 2017. Rempel downplays the before-their-time nature of his band’s music, although he’ll admit his new love song “Never Not” is pretty progressive.

“We were just taking Ricky Skaggs, kind of bluegrassy,” he begins, pausing to reflect on music from one of his idols, “You know you listen to a bluegrass record and you can hardly take a breath. It’s pretty intense until they sing one song in the middle about their mom dying or something. Other than that, the whole record was wide open.”

Ben Stennis and Jon Nite helped Rempel write “Whatever It Takes” at the beach during a writing retreat. The guitars were packed, but after dinner, Rempel recalls picking his up to play one of his favorite riffs. The other two guys jumped in and urged him to keep pressing forward with the song. Soon, laptops were open and a formula favored by High Valley fans was half-brewed.

“I feel like we’re at our best when it’s that thing,” Rempel says. “I do the old school thing and some producer makes it modern. I don’t know how to make things modern … what I do know how to do is close my eyes and pretend like I’m growing up listening to that bluegrass stuff and try to impersonate it.”

The song will play well live, even if fewer dates will be on the calendar in 2022. Rempel is holding true to a promise he made five years ago to reduce his travel by 20 percent yearly, so that by the time his son was 12 he’d only be gone 50 nights a year. Faith, family and country are his priorities, and he’s backing it up with action, and his second new song released as the last brother standing in High Valley.

“Yeah the truth is if you’re wondering when I’m thinking ‘bout you / I’m never not,” he sings.

You’ll find much more than just the Top 10 Country Songs of 2021 on this list.

Our team has sourced fans to create 10 superlatives for this mid-year version of the year-end songs list. Best Country Tearjerker? Best Country Baby-Maker? Best Country Breakup Song of 2021? Keith Urban, Carly Pearce, Chris Bandi and more help make up this portion of the Top Country Songs list, while hitmakers like Thomas Rhett and Little Big Town lead the 10 best songs portion.
Did your favorite song of 2021 make this list? To be considered, the song must have been released in 2021 or have actively charted for a portion of the year (see “Wine, Beer, Whiskey”). New artists including Lainey Wilson, Breland and Triston Marez crack the Top 10. Let us know your favorite song of 2021 at Twitter or email, at staff@tasteofcountry.com.
This article was originally published by Theboot.com. Read the original article here.
Share on Facebook
Share on Twitter
Share on Pinterest
Share on LinkedIn

Chris Janson Releases ‘All In,’ the Title Track From Next Album
Silver Lining Savor the Sweet Moments in New Track ‘The Dream’
Dustin Lynch Reveals Surprise ‘Blue in the Sky’ Album
Blake Shelton Was One of the Highest Paid Musicians in 2021
Koe Wetzel Lays Out a Lengthy Headlining Tour for 2022